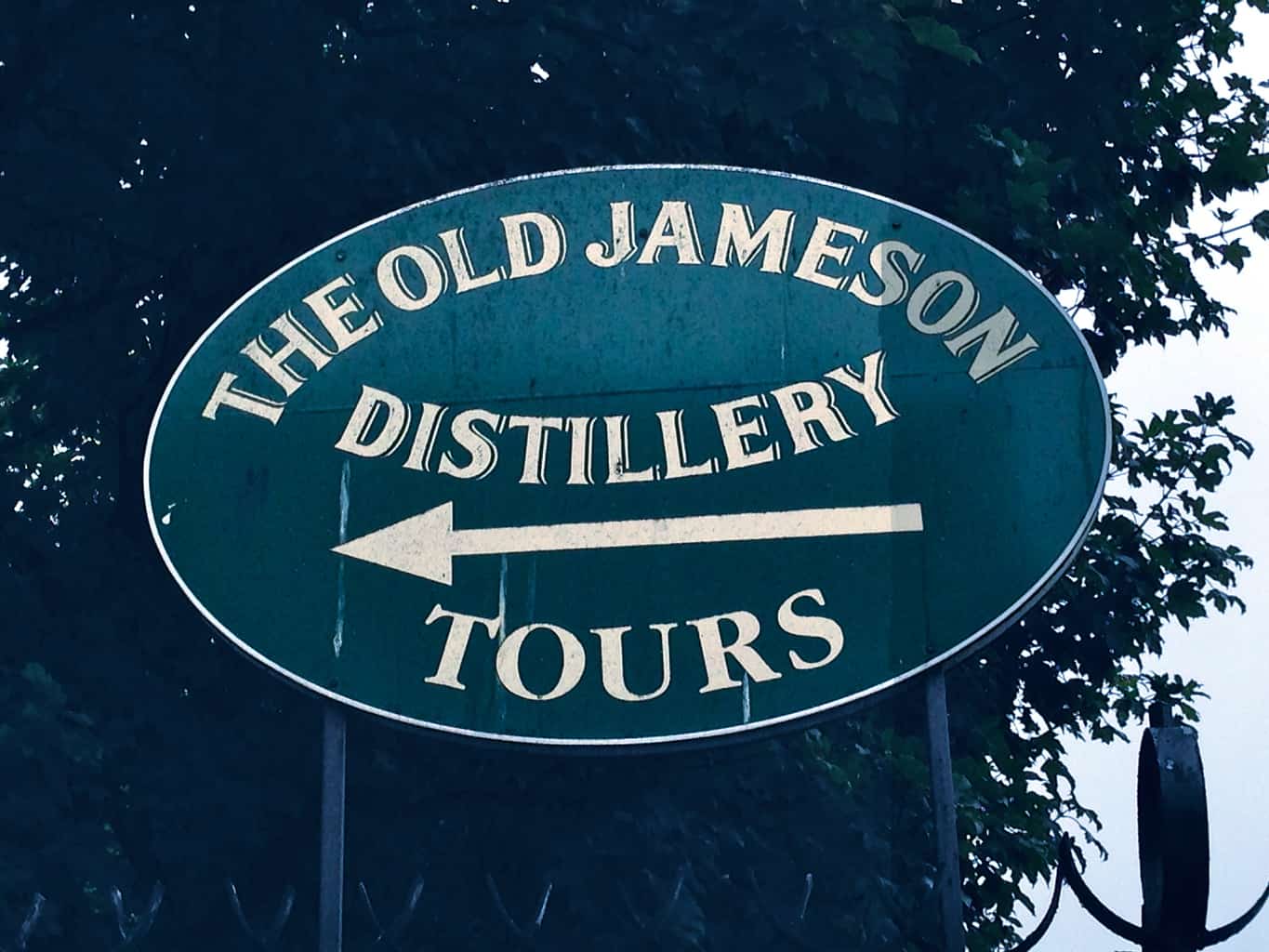 While in Dublin, I had the opportunity to do the Old Jameson Distillery tour, something I missed my first time in Dublin. It was a great experience to see how one of the most popular whiskeys in the world is made. The Old Jameson Distillery was started in 1780 by founder John Jameson, where they began to produce the signature triple-distilled whiskey that Jameson is known for today. Even though the Jameson is no longer produced here, it is maintained as a museum to the history and meticulous process by which the whiskey is made. 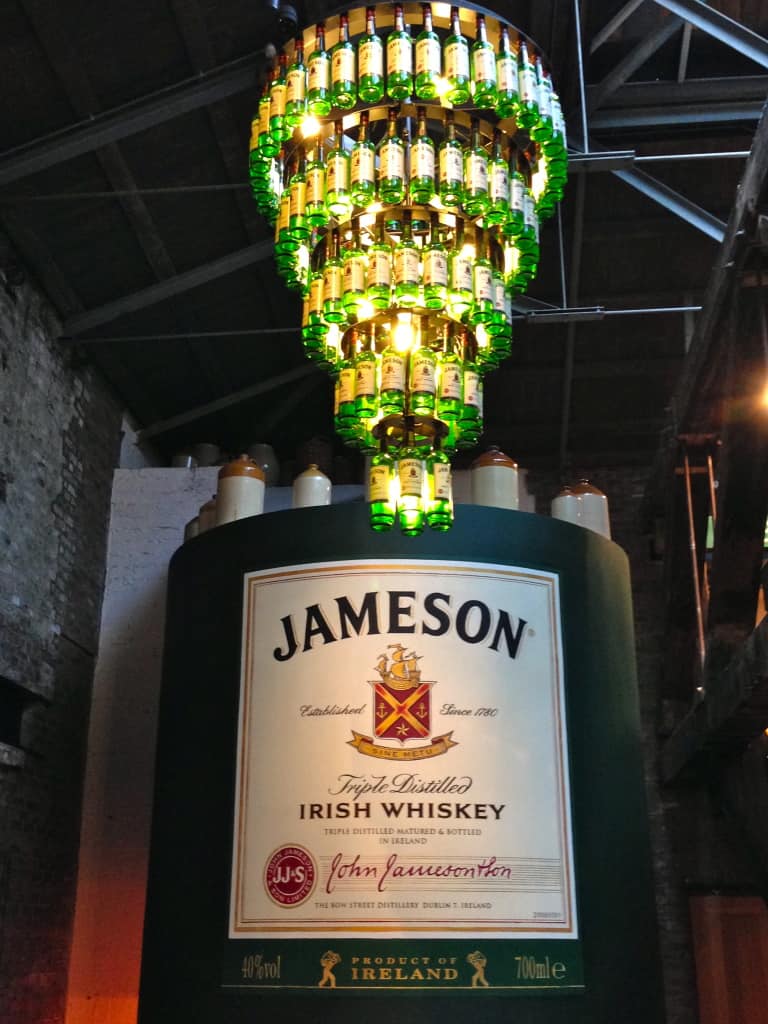 The term whiskey is actually a Gaelic word which means “water of life,” something I’m sure a lot of Irish folks would agree with. The tour began by walking through different rooms to explain the process of making the whiskey. One of the major differences between Scotch and Irish whiskey is that Scotch whisky is fired with peat while Irish whiskey is fired with natural gas, giving it a distinctive smoky flavor. Something that was repeatedly mentioned was the importance of triple-distilling the whiskey to give it the flavor and aroma that it known for. This is in contrast with American whiskeys (distilled once) and Scotch whiskys (distilled twice). 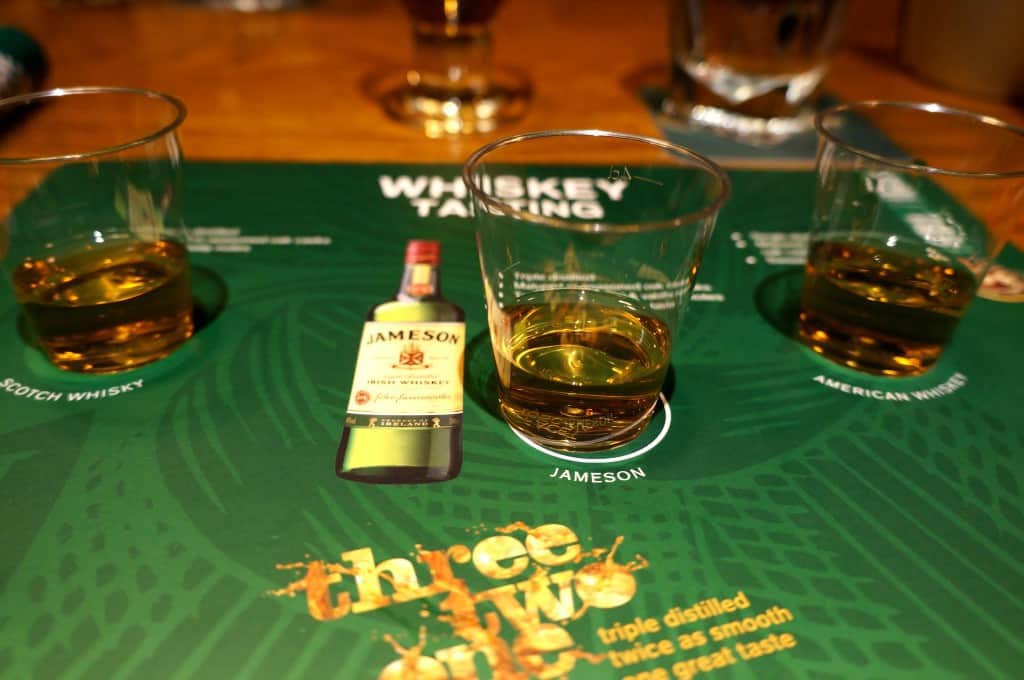 My favorite part was at the end of the tour: the whiskey tasting! Everyone got to try a sample of the namesake whiskey, but only 8 people were selected (including me) out of the fifty or so in the group to do a taste comparison. This began with a sample of single-distilled Jack Daniels, an American tradition. Next was Johnny Walker Black, a twice-distilled Scotch whisky. Finally, we got to the triple-distilled Jameson. For me, there was no comparison. The smoothness and flavor of the Jameson was second to none.

While walking out of the tour with a big smile across my face, I strolled through the gift store and noticed another kind of Jameson: the 12-year Distillery Reserve. Now I just about wet myself from excitement when I saw that. I knew I had to purchase a bottle and for 44 euros it wasn’t that pricey. It even came in a sturdy cardboard carton so I could pack it in my luggage for the flight home. 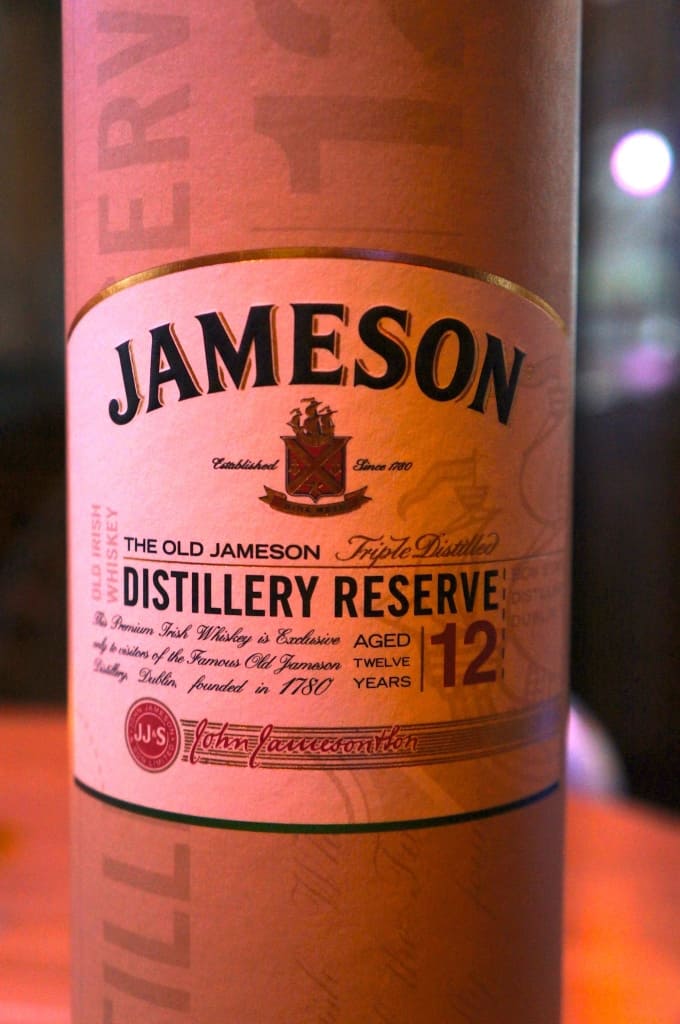 Next time you’re in Ireland, I highly recommend the Old Jameson Distillery Tour in Dublin. As a warning, drinking Jameson may spoil you. It’s been hard for me to drink any other kind of whiskey since, but that’s a good risk to take!

Update: The spelling of whiskey was changed to whisky when referring to the Scotch equivalent.

FotoFriday: The Mountains in Austria

FotoFriday: Wandering Down the Salzach River in Salzburg