Hanging at Trevi Fountain with All the Barcelona Fans (Finally in Rome!)

Ever since I began my trip, Rome had been one of my most highly anticipated destinations. There is so much history you hear about, and the city definitely lives up to the hype. Not only did I see all the major sites like Trevi Fountain, the Coliseum, Roman Forum, the Pantheon, and the Vatican, but I also arrived the day of the 2009 Champions League Final between Manchester United and one of my favorite teams, Barcelona. No wonder most of the hostels in the city were booked up. Here’s a few pics from the madness of the festivities. 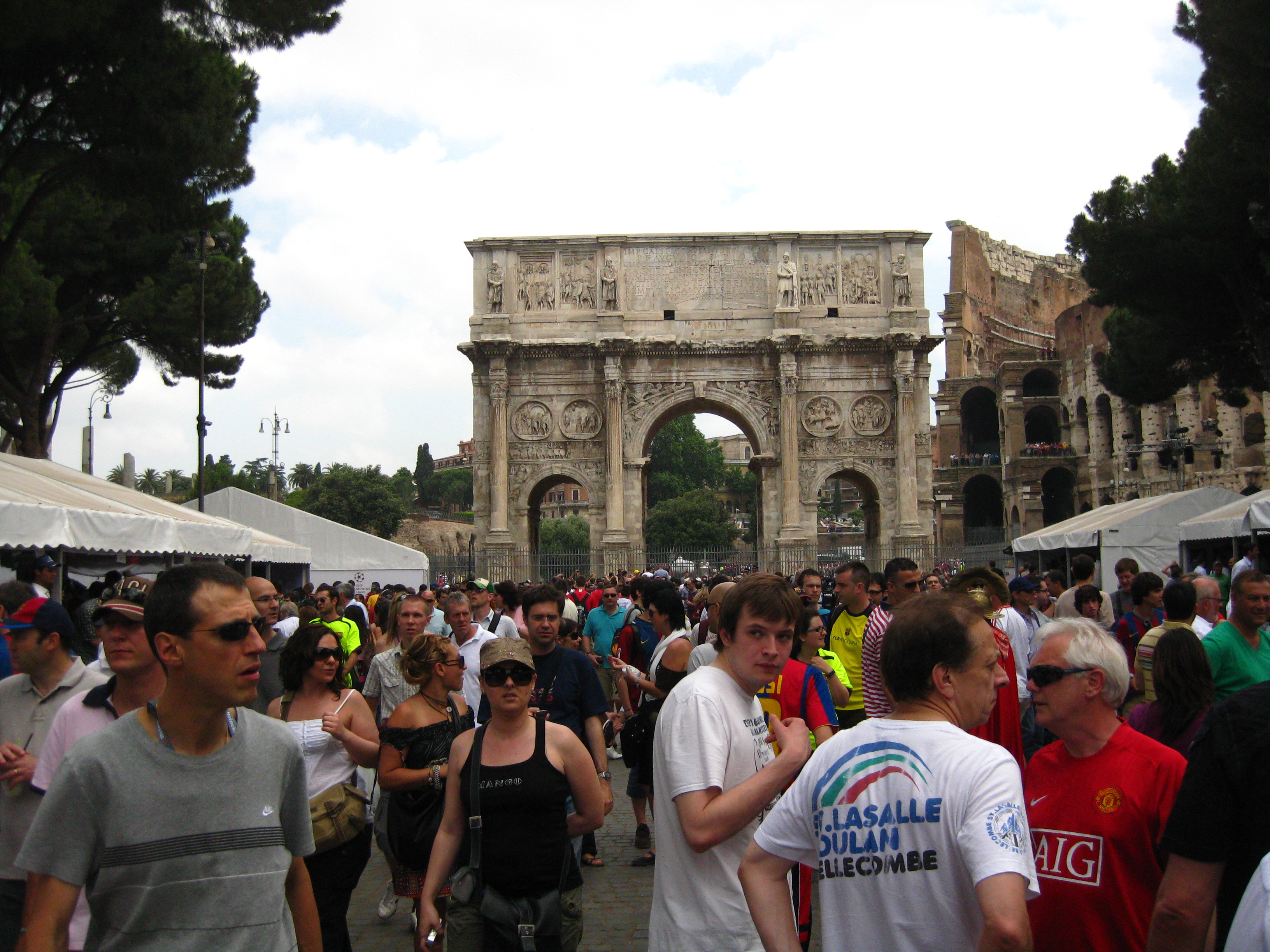 I then headed over to Trevi Fountain which happened to be the center of all the Barcelona fans in the city on that day. While I was hanging out there for a couple hours, I managed to learn a few of the Barcelona chants, even though they were sung in Catalan. The whole afternoon was a lot of fun. It was too bad that I left my Barcelona jersey at home in my closet not knowing they were going to be playing in the final, so I decided to go and pick one up to show my spirit. 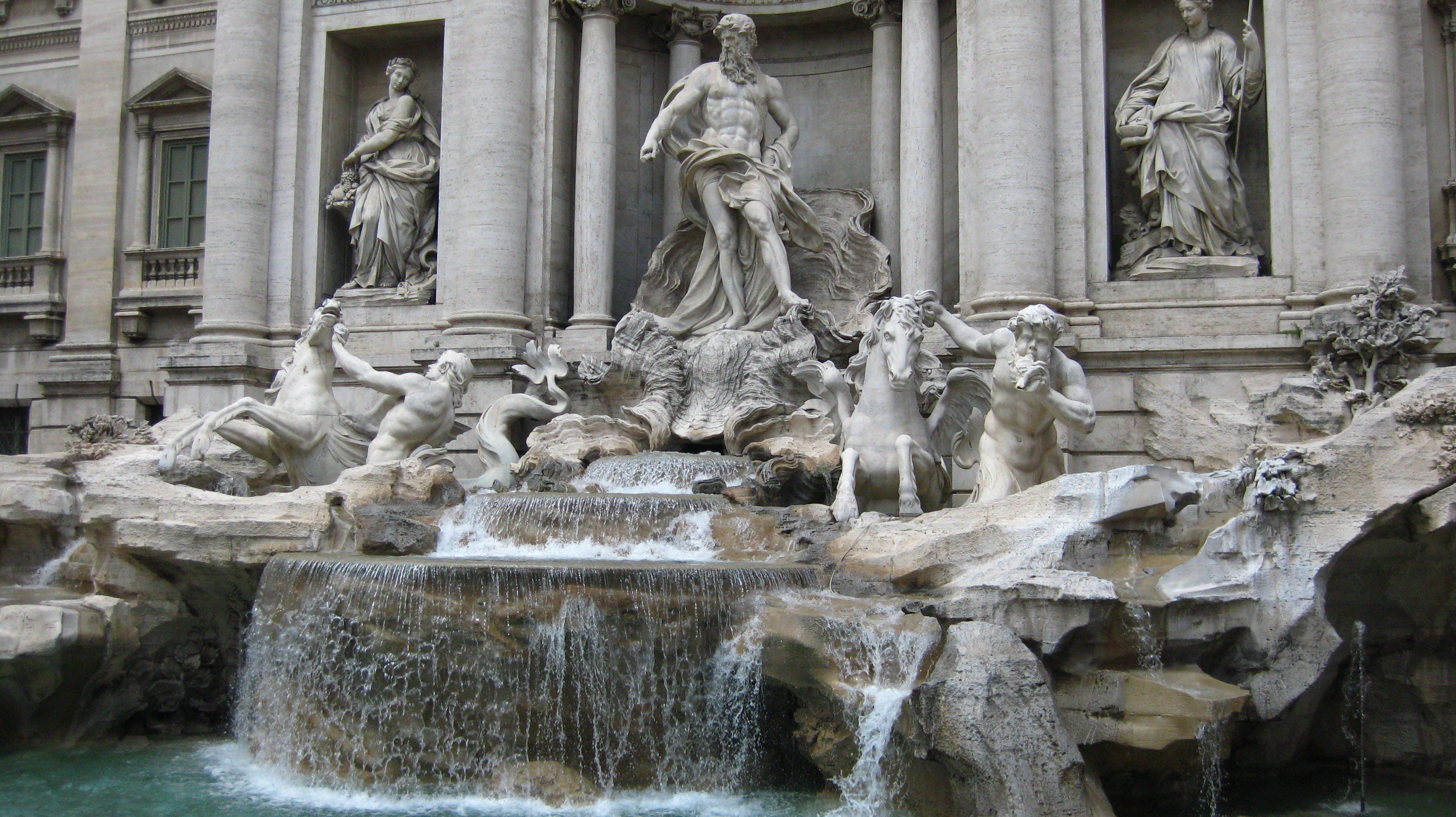 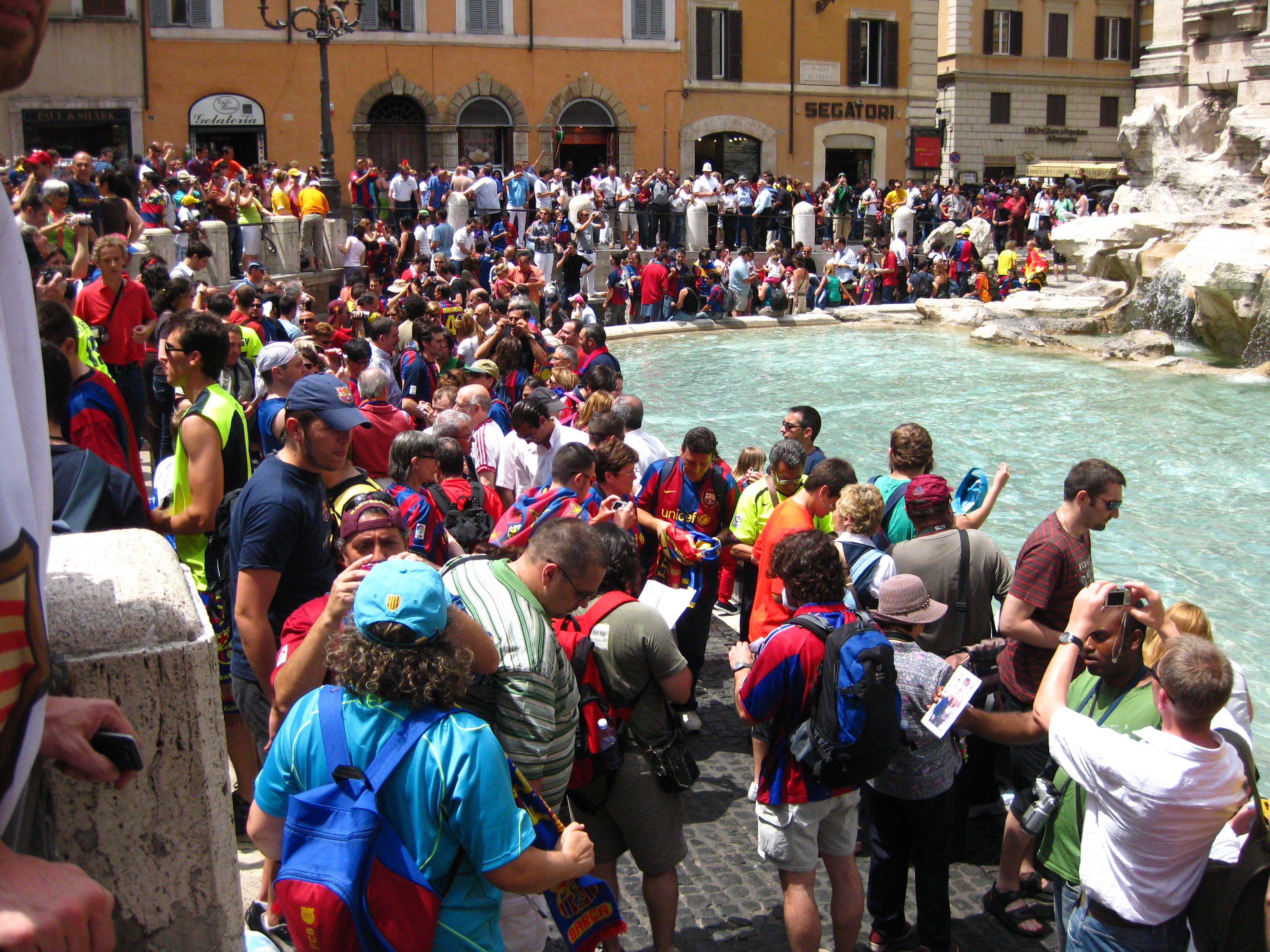 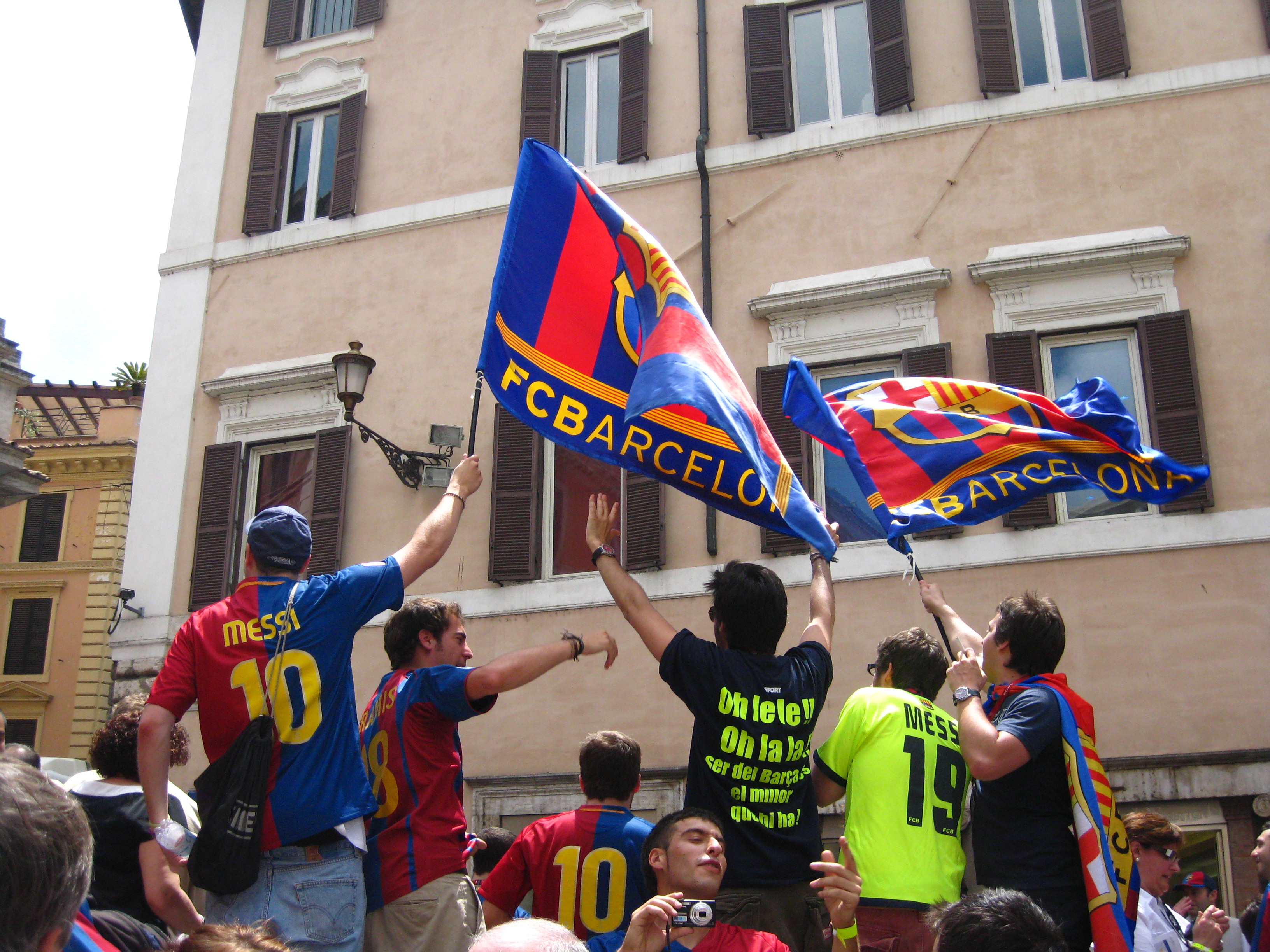 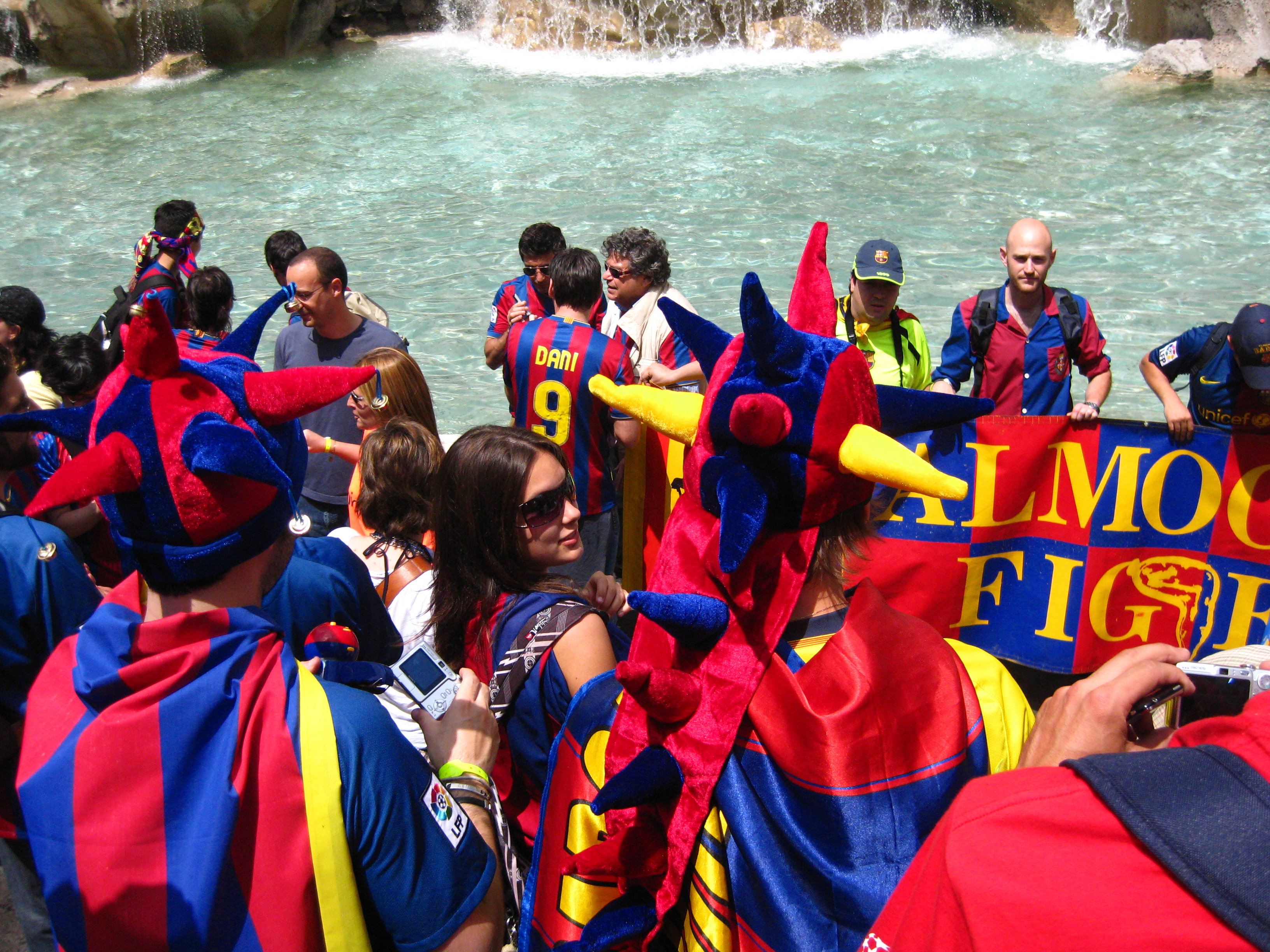 The ceremonial thing to do when you visit Trevi Fountain is to, with your back turned to the fountain, throw a coin over your head into the water. So I did. 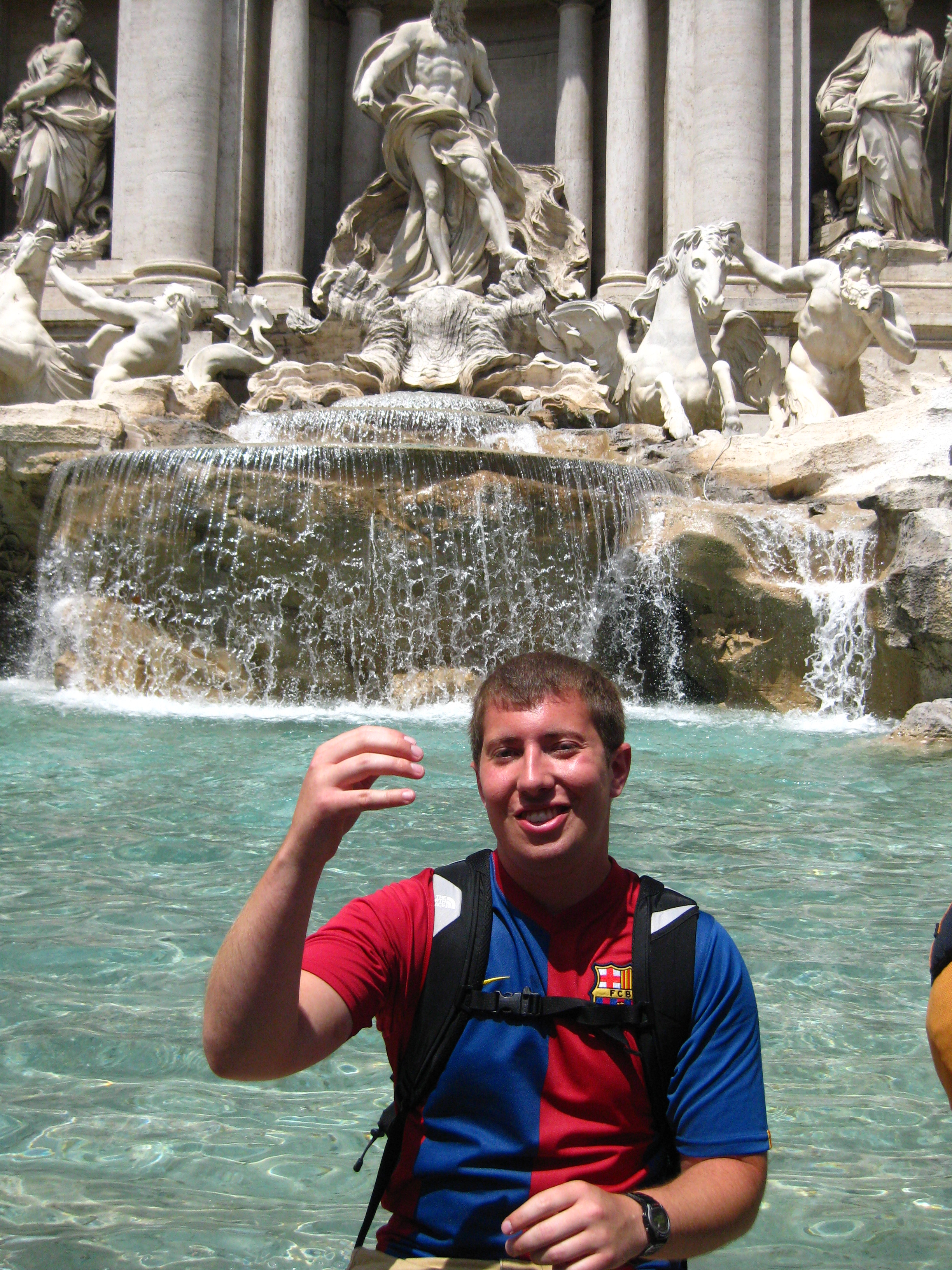 That night was the actual game. Since the campsite I was staying at was about 45 minutes outside of central Rome, I decided to watch the game on the big screen that was setup in the bar at the camp. This turned out to be a good idea because it was a packed house, plus the pizza bar was delicious! The ratio of Barcelona fans to Manchester United fans was probably about 70-30, but the problem was most of the Barcelona fans spoke little or no English.

That brings up a good point. In Rome I noticed most people spoke pretty good English, or at least enough to communicate. This was very different from most of the other cities I visited in Italy, and I was trying to figure out why. Maybe it’s because Rome is such a big tourist venue, or maybe because of the huge number of English-speaking expats in the city. I’m not sure, though.

Anyways, on with the festivities. Manchester was favored in the game by almost everybody, but Barcelona didn’t look like the underdog for most of the game from where I was sitting. Manchester’s defense didn’t look strong like normal, and at the same time, Barcelona’s strikers, especially Messi, looked incredibly sharp. This lead to the final score of 2-0 in favor of Barcelona. This is a picture of the big screen at the end of the game. 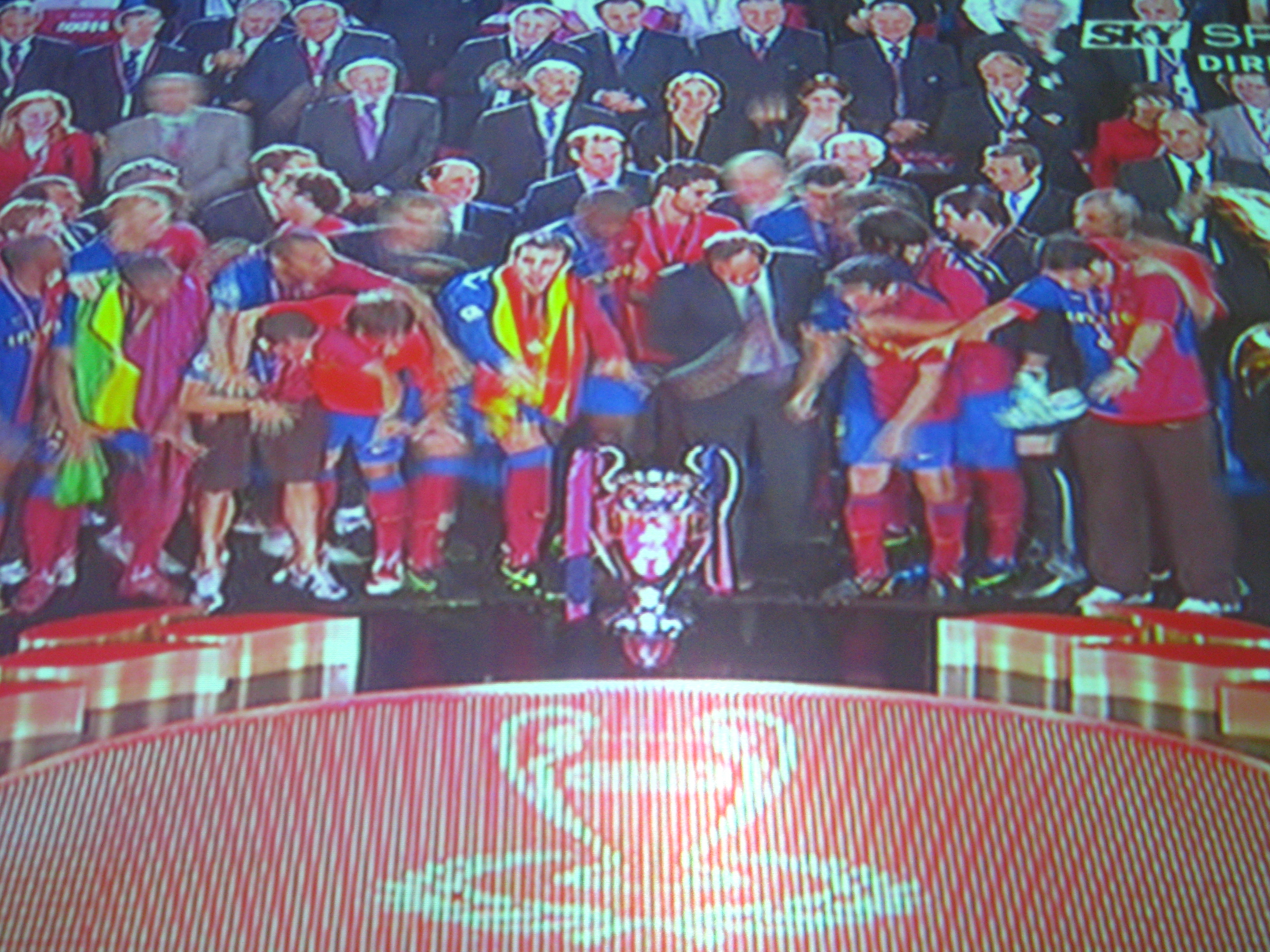 The afterparty was pretty crazy! Me, along with all my Catalan-speaking buddies, hopped on a bus and headed closer to central Rome. 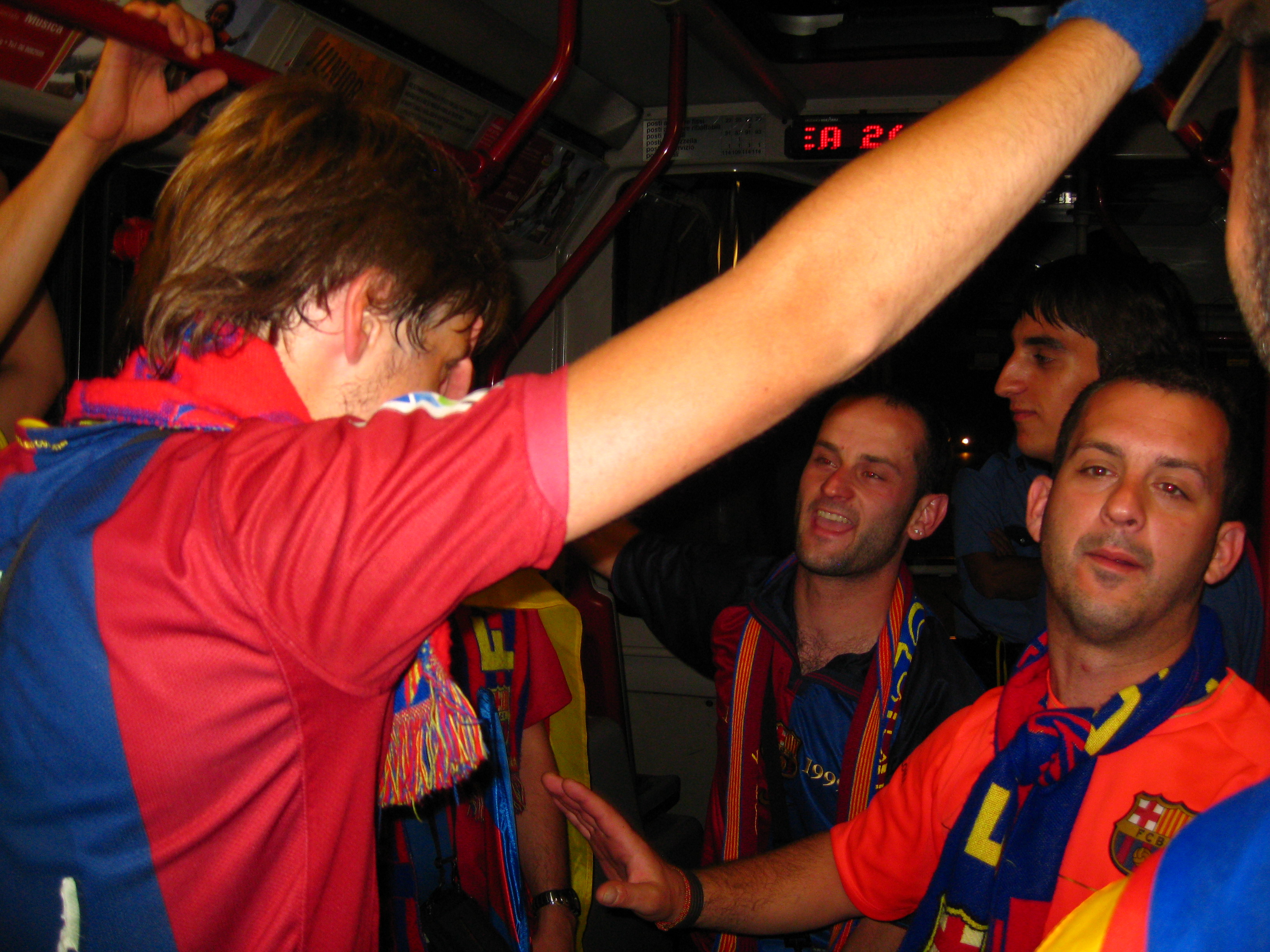 We must not have gone far enough in because we didn’t find a whole lot of people in the area we ended up in. This might have had something to do with the fact that city had banned all bars and stores from selling and serving alcohol for the entire day to curb any fights that might have broken out. So after running around chanting for a while, I decided to catch a bus back to the campground before the lines closed for the night at 2am. I still had a lot to see in Rome over the next several days.