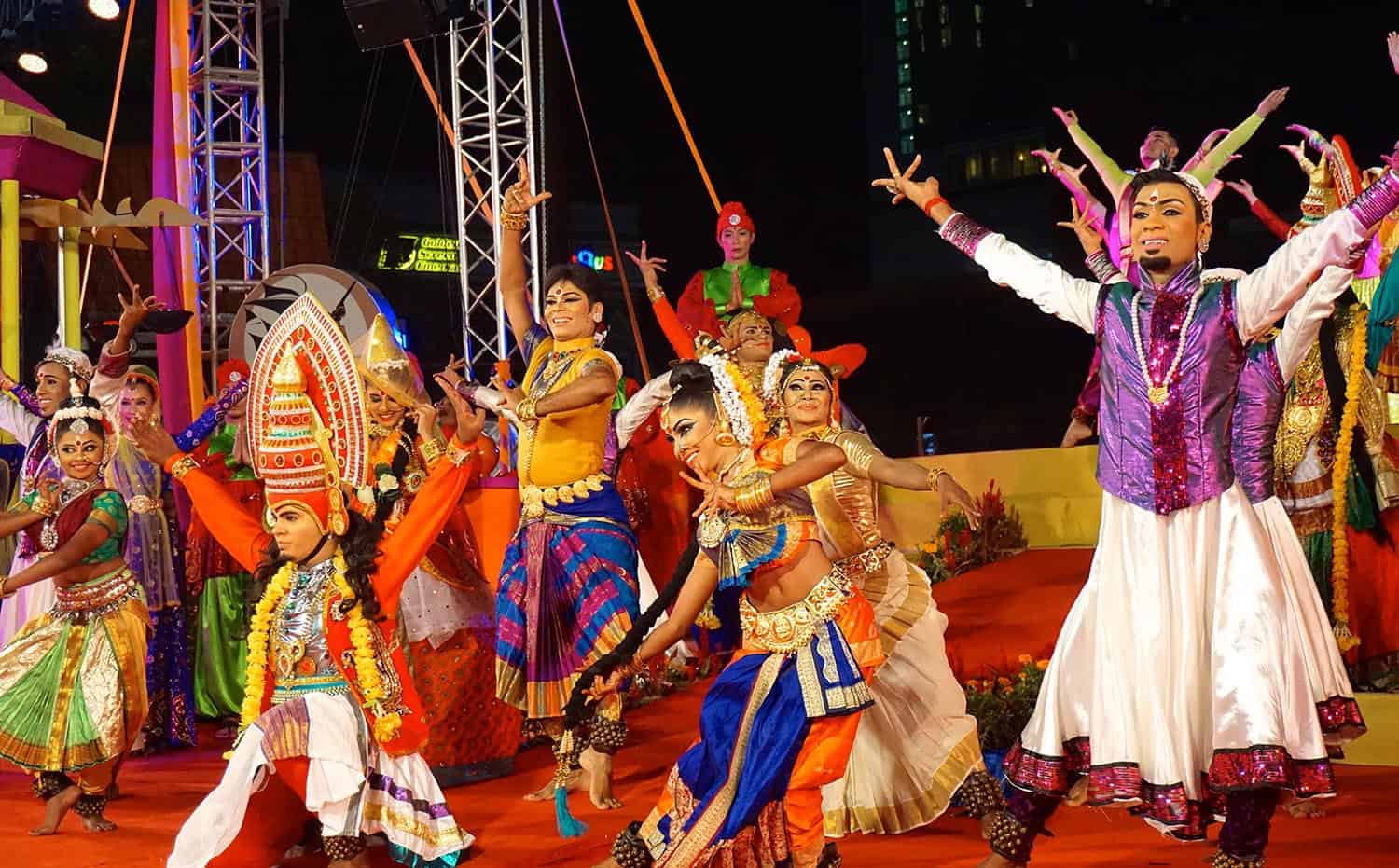 On my recent trip to Malaysia I was able to attend the celebration of the official Deepavali Festival in Melaka, just a couple of hours south of Kuala Lumpur. Dignitaries and ministers from the country were all in attendance. In fact, I was seated at a table next to the Malaysian Prime Minister!

You might be wondering what the Deepavali Festival is. Let me explain.

Deepavali (also known as Diwali, depending on the region) is a ‘Festival of Lights’ celebrated by those of the Hindu religion. The festival signifies the victory of light over darkness and goodness over evil, marking the beginning of the Hindu New Year. In preparation for the festival, people go out and buy colorful new outfits, decorate their homes, and prepare a feast for their family and friends. As Malaysia is a cultural melting pot, the holiday has become an occasion for people of different ethnic and religious backgrounds across the country to share meals and develop friendships with each other.

The day began with some pre-festivities in a small village called Bukit Katil. The village is known for its use of bullock carts, which are used to transport paddy and other goods from the nearby rice paddys. Here we were welcomed by a group of children playing some traditional songs for us. 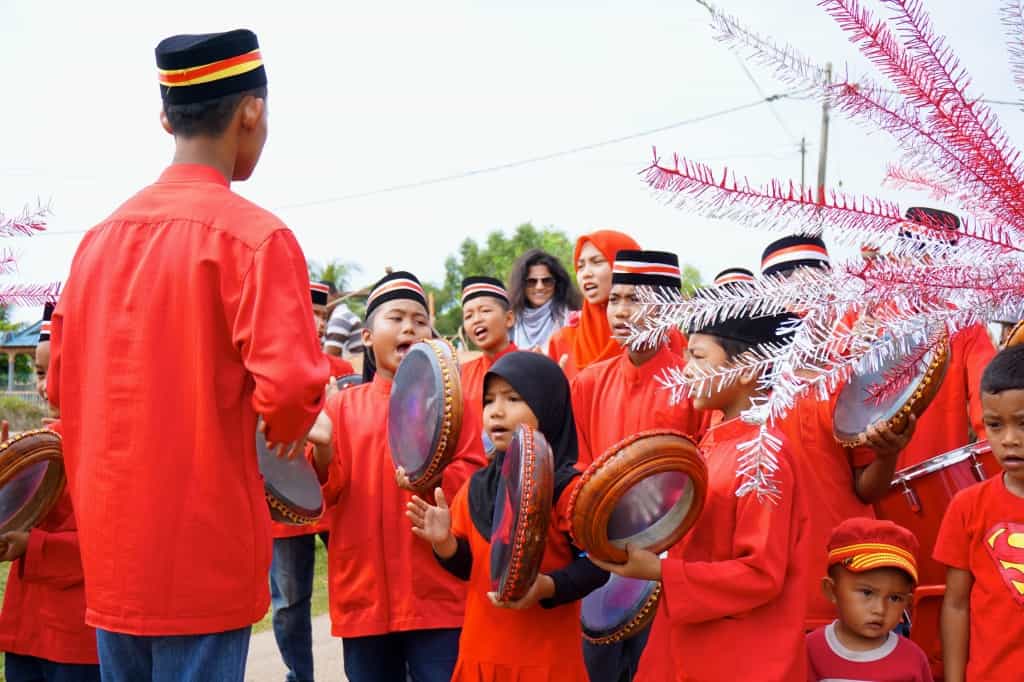 After this we journeyed out into the rice paddys, wading through knee-deep muddy water in some parts. Check out this video if you’d like to see the proper technique for this.

As I was beginning to wade out of the paddys, a few local kids were holding a thick rope. They pointed at me and made the gestures for tug-of-war. Of course I want to play tug-of-war in muddy rice paddys! So I gathered a team and we took on 10 or so kids. Now either the kids were abnormally strong or maybe just more adept at holding your ground when your feet are sliding through mud. I’m going to go with the latter, but nonetheless, we all had a great time.

Video courtesy of Arienne at http://seeyousoon.ca/.

After cleaning up a bit, we headed back into Melaka for the official Deepavali Festival celebration that evening. On the way, I couldn’t help but notice that even the tuk-tuk drivers decorate their vehicles. I wonder if they were having a competition because some of them were decorated really well. 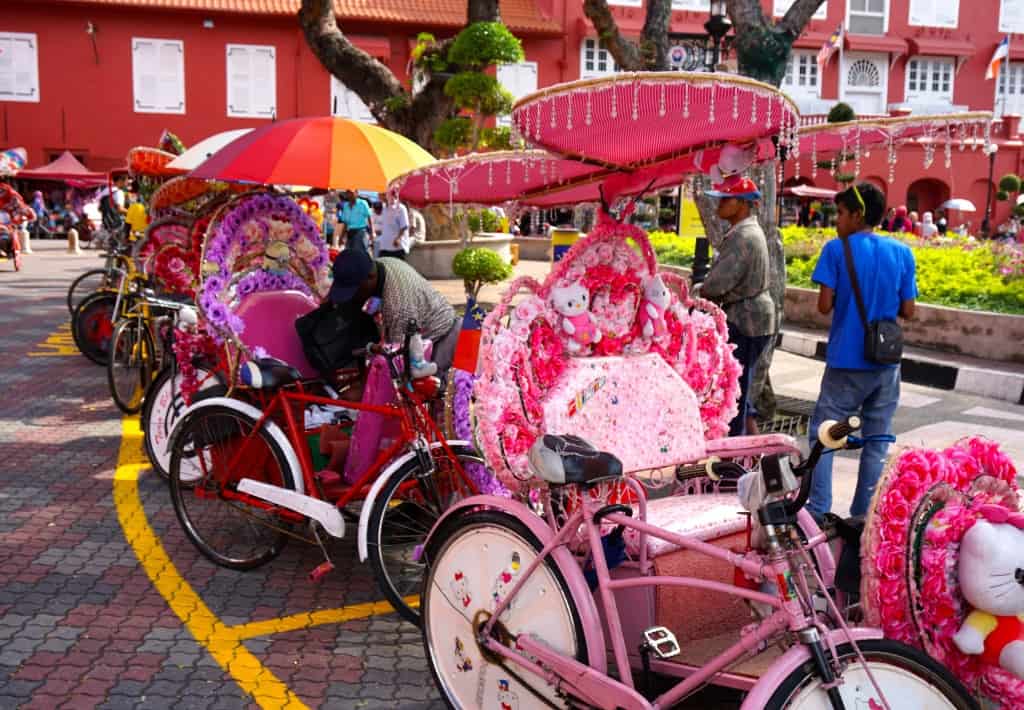 Once we arrived at the festival site, I was seated fairly close to the front. However, it was still somewhat tough to see the performance stage because it was lower than the platform we were sitting on. So after the first couple songs, I decided to get a bit closer and join the local journalists and TV media that were down on the floor. This turned out to be good and bad. It was good because I was able to get some really good photos of the performances, but bad because I couldn’t go back to my seat as secret service was apparently on strict duty not to let anyone back up on the platform. There were a series of speakers and when the Prime Minister was giving his speech I went back to my table and was finally able to eat dinner.

Here are a few photos from the performances and the vibrant costumes.

And finally, THE FINALE!!! 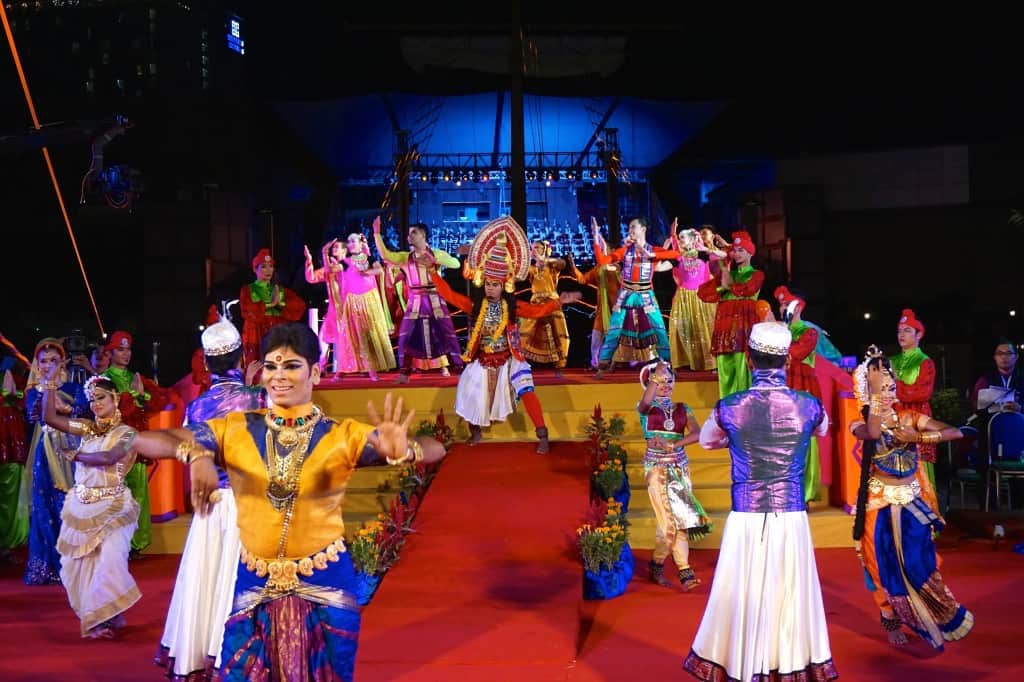 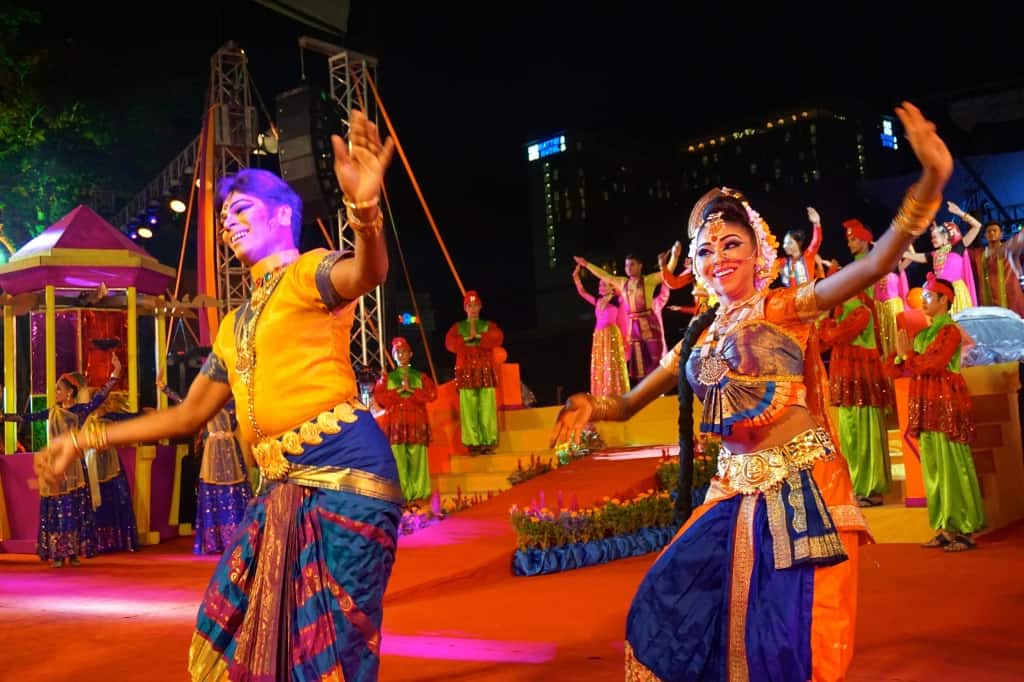 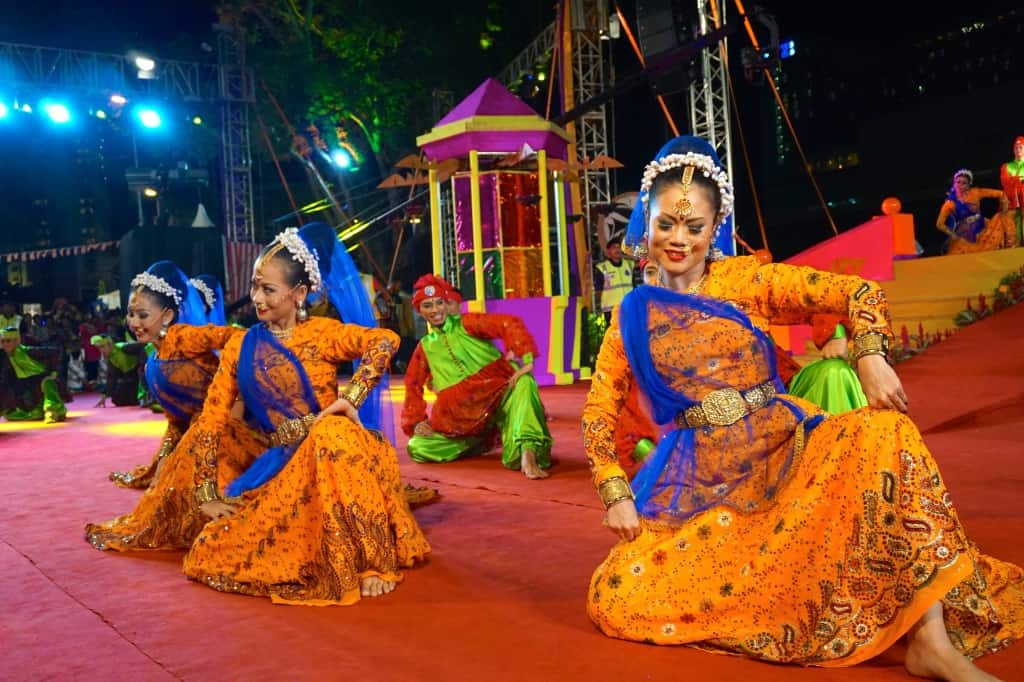 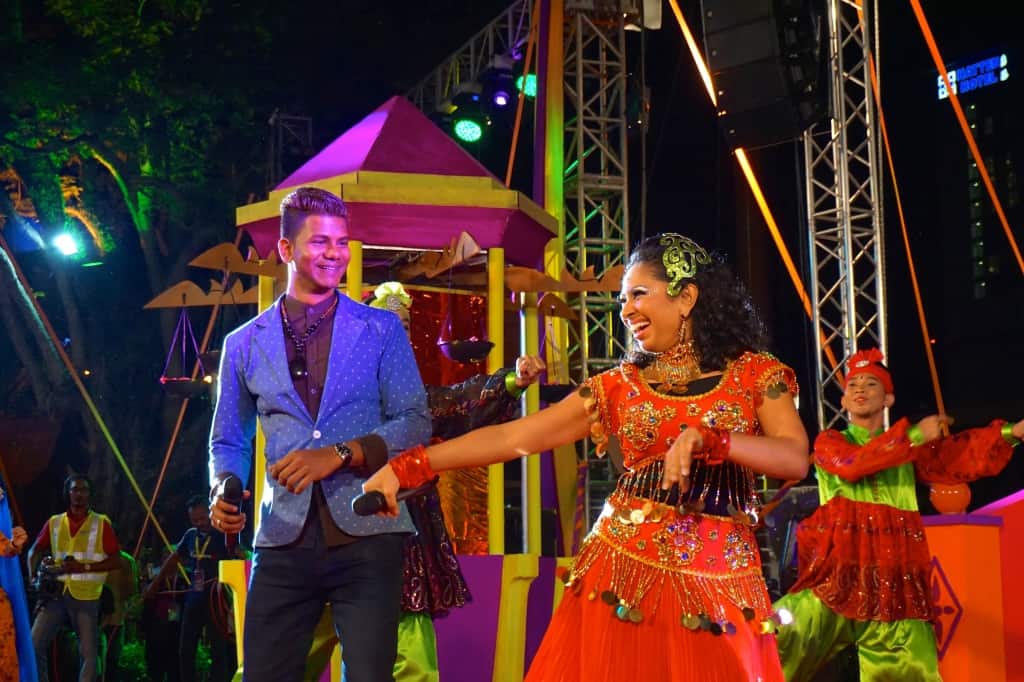 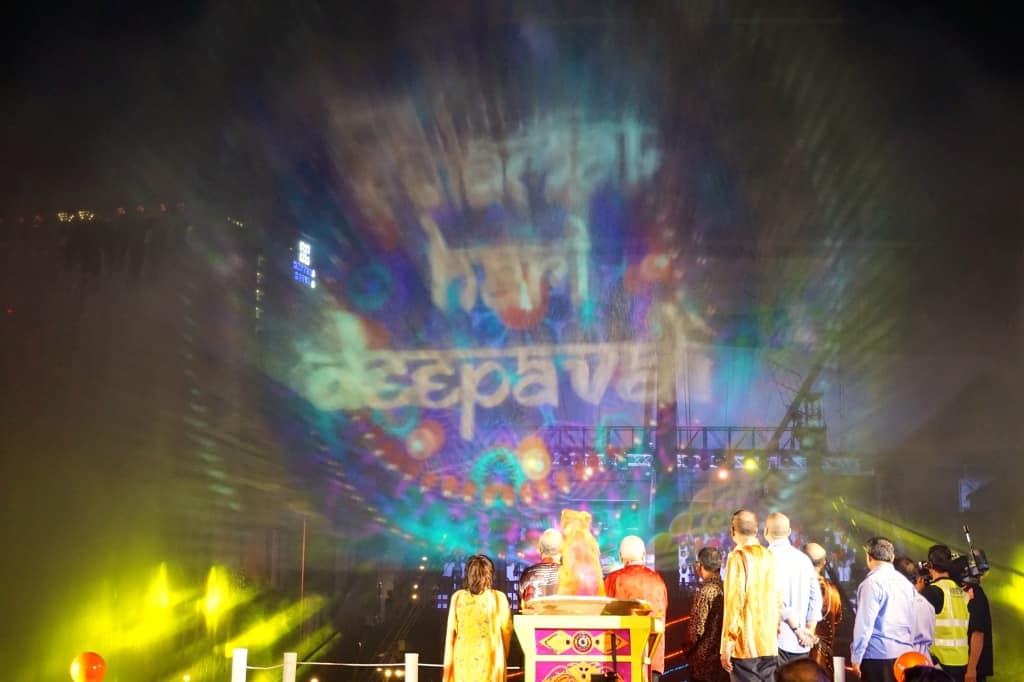 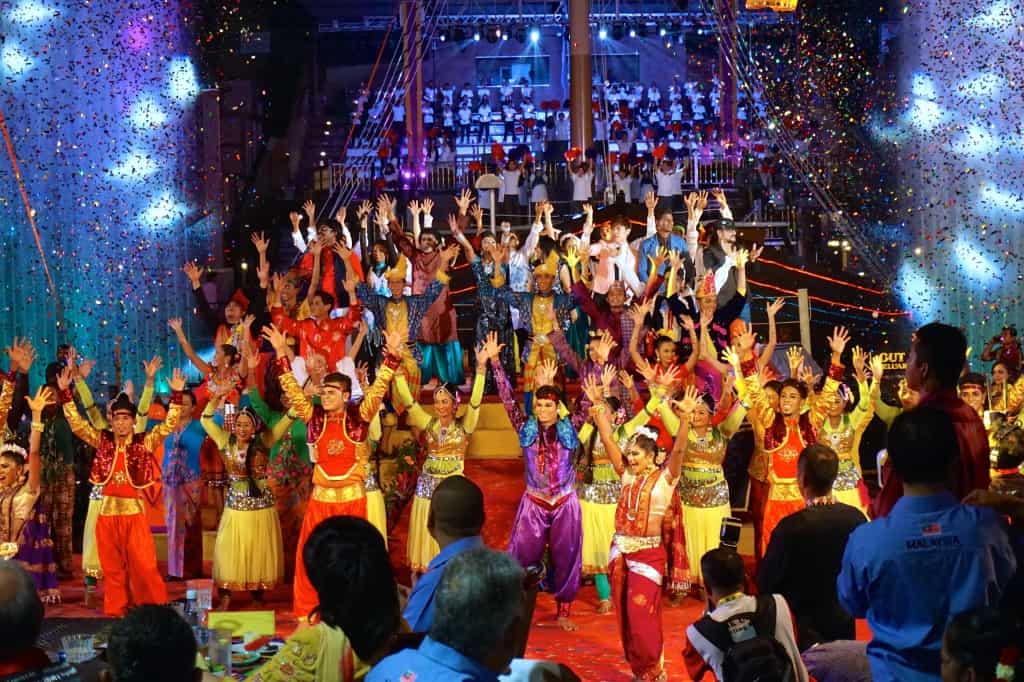 Do you celebrate Deepavali in your culture? If so, what are some of your traditions?

Disclosure: This trip was sponsored by Tourism Malaysia. However, as always, all opinions of the trip are my own.