One of the more interesting things I’ve seen on my travels is the world’s largest Cat Museum. That’s right: a museum solely dedicated to cats. Whether or not you think that would be somewhat creepy, you’re right. The museum is located in Kuching, the capital of the Sarawak region of Malaysia.

You might wonder what would cause a city to build a cat museum. The name of the city is thought to come from the Malay word ‘kucing’ meaning cat. This fact also explains why there are random statues of cats located throughout the city. 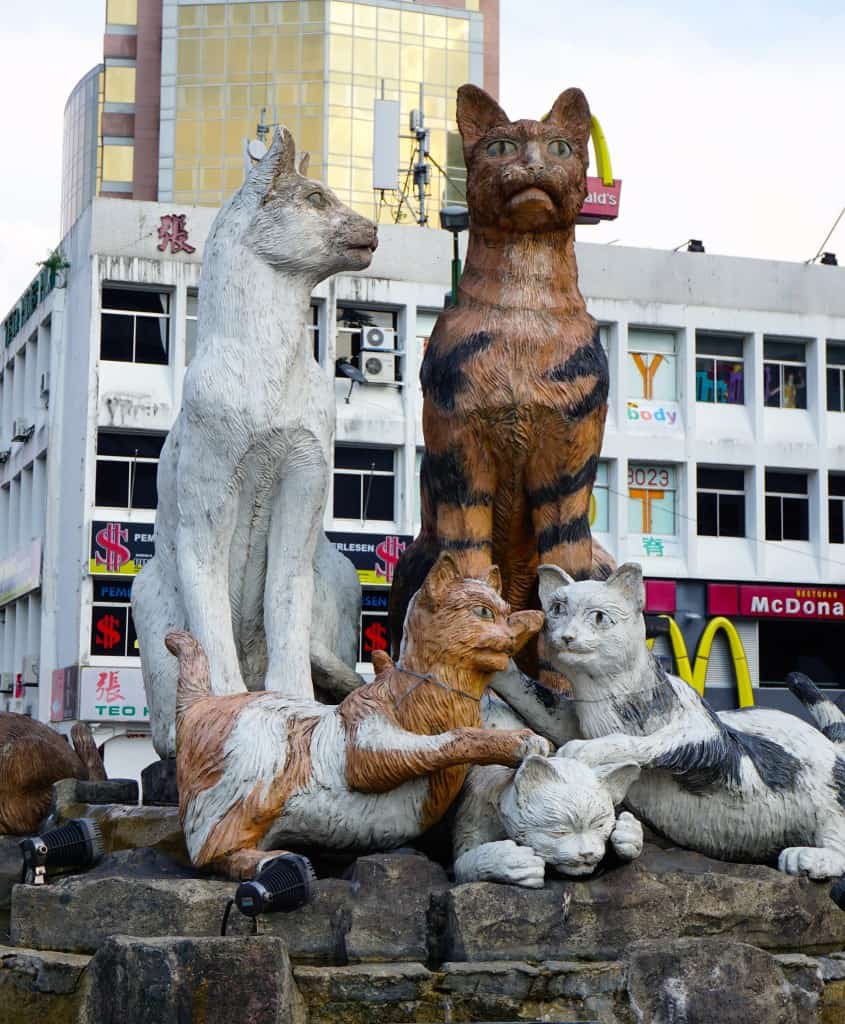 On to the museum!

Things started out fairly normal, or as normal as one could hope for at a cat museum. Some more statues of cats, including some of cats as servants. There were even some porcelain dolls of cats. 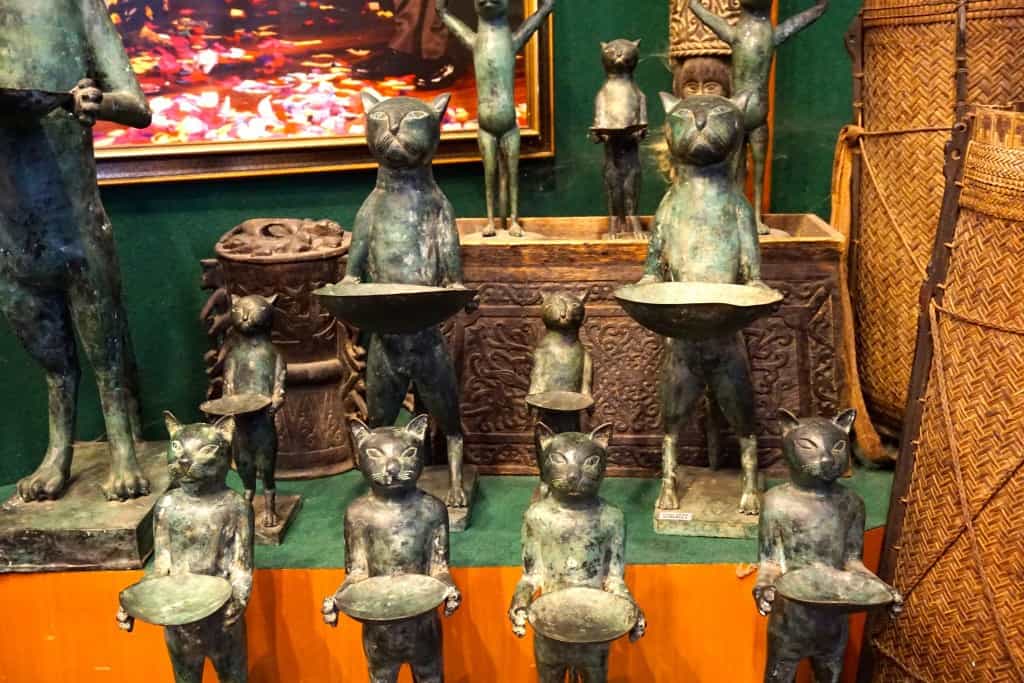 However, the further through the museum I went, the stranger things got. There were several cat paintings that I thought were pretty amusing to say the least. 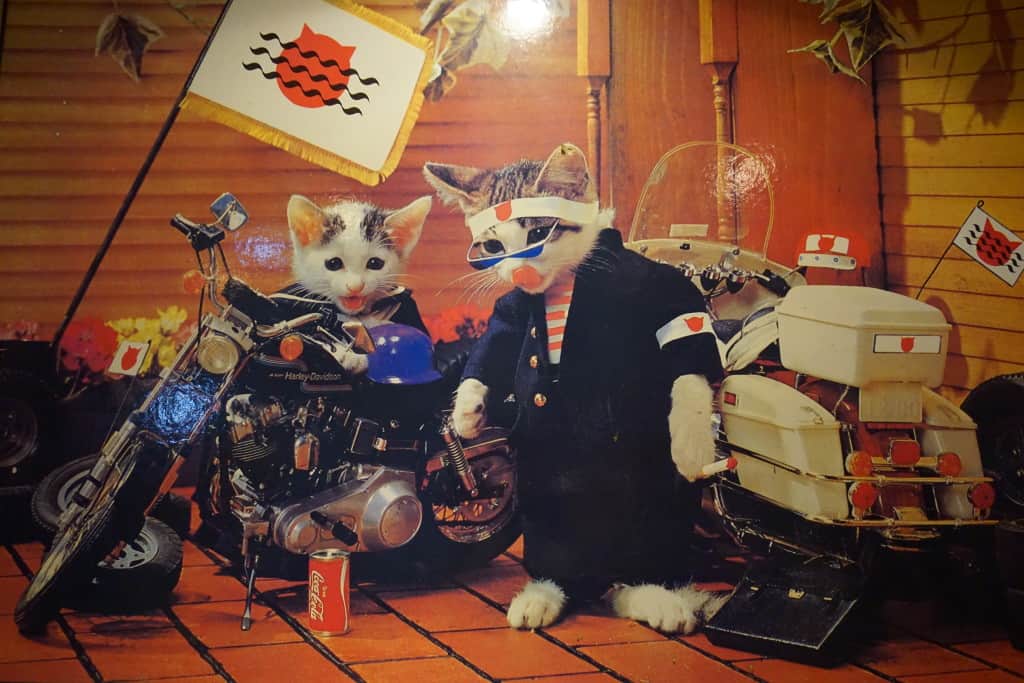 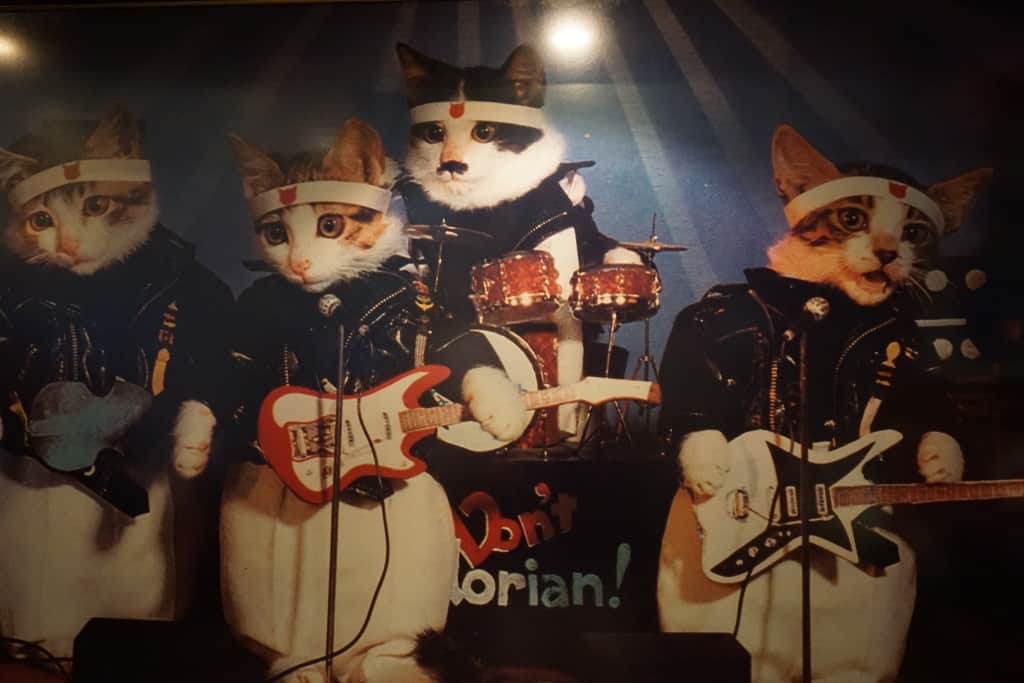 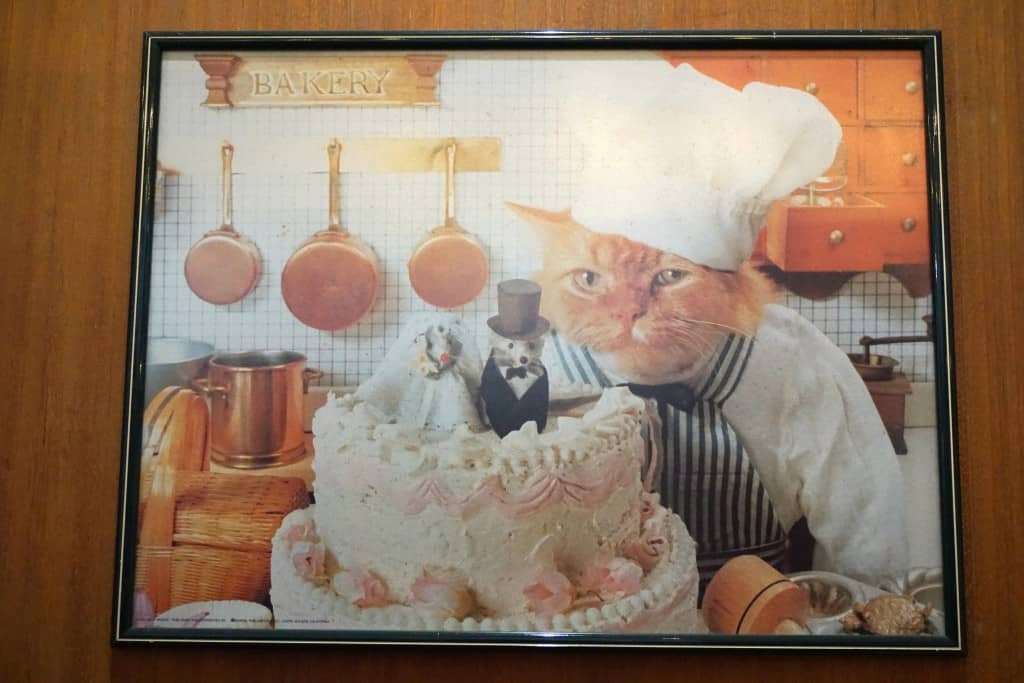 It was next that things got flat-out weird. There was an area filled with what looked like cats that had been stuffed. However, the faces looked out-of-place. I happened to see someone who worked for the museum and asked her the reason for the deformed appearances. She told me that most of those cats had been run over in the street, and then their owners had brought them in to donate to the museum. They attempted to make them look as “normal” as possible, but you can tell the skin is stretched across the face on some. See what you think.

After being sufficiently freaked out by the stuffed cats, I continued wandering to see what other things I could find. Of course, there was a Hello Kitty display.

I appreciated the Garfield display as I used to be a big Garfield fan as a kid. 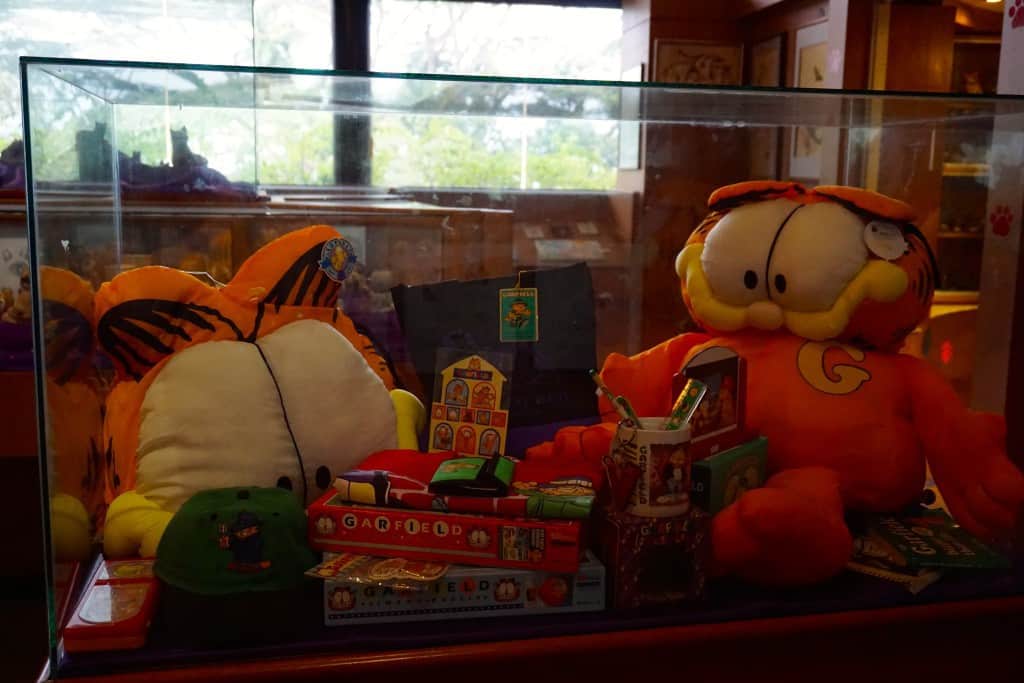 Just in case you aren’t giggling enough already, here are a few more cat statues from the museum.

I sincerely hope you find this as amusing as I did. If you happen to be in Kuching on the Bornean side of Malaysia, you should definitely pay a visit to the Cat Museum and I promise you won’t be disappointed.

Disclosure: This trip was sponsored by Tourism Malaysia. However, as always, all opinions are my own. 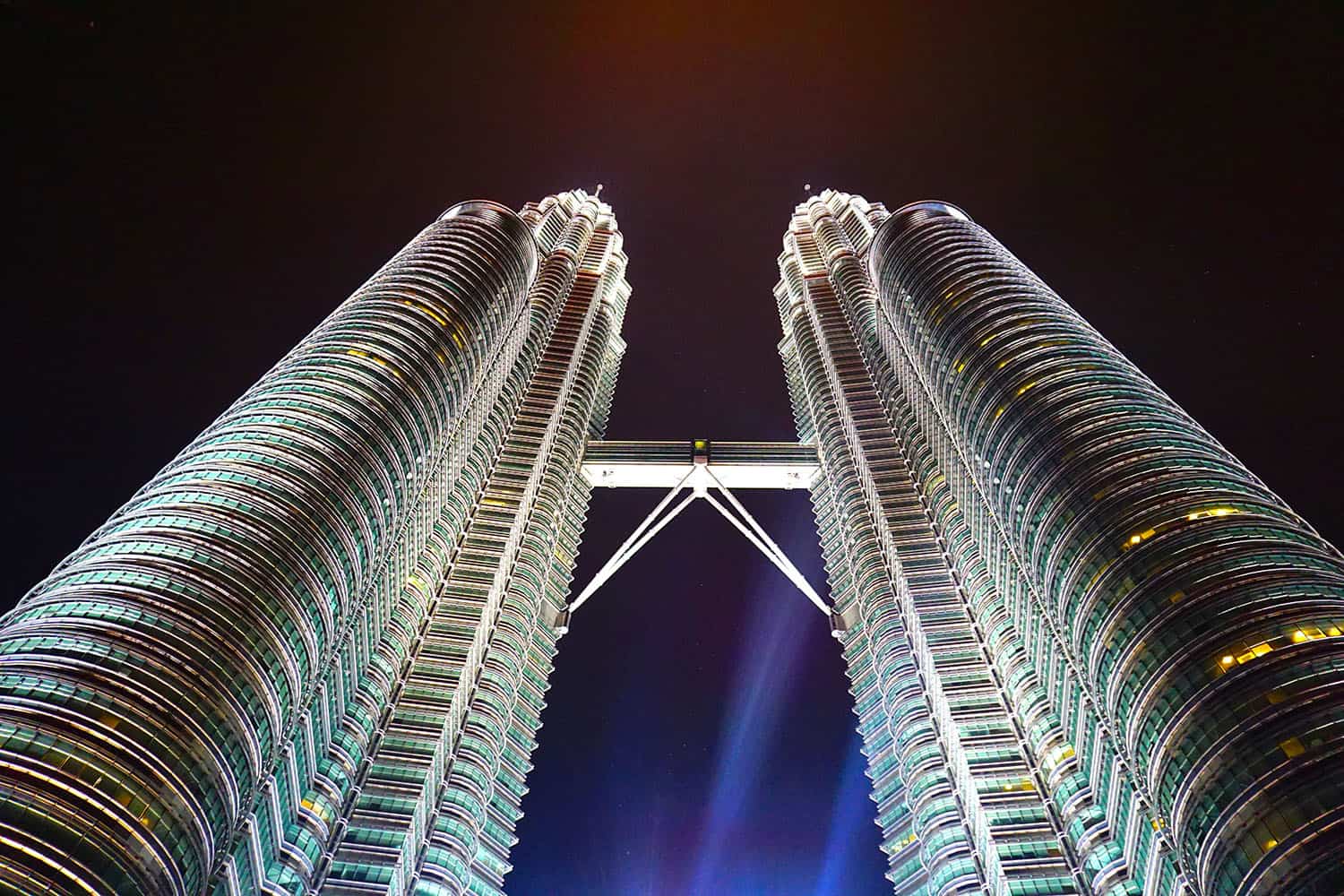 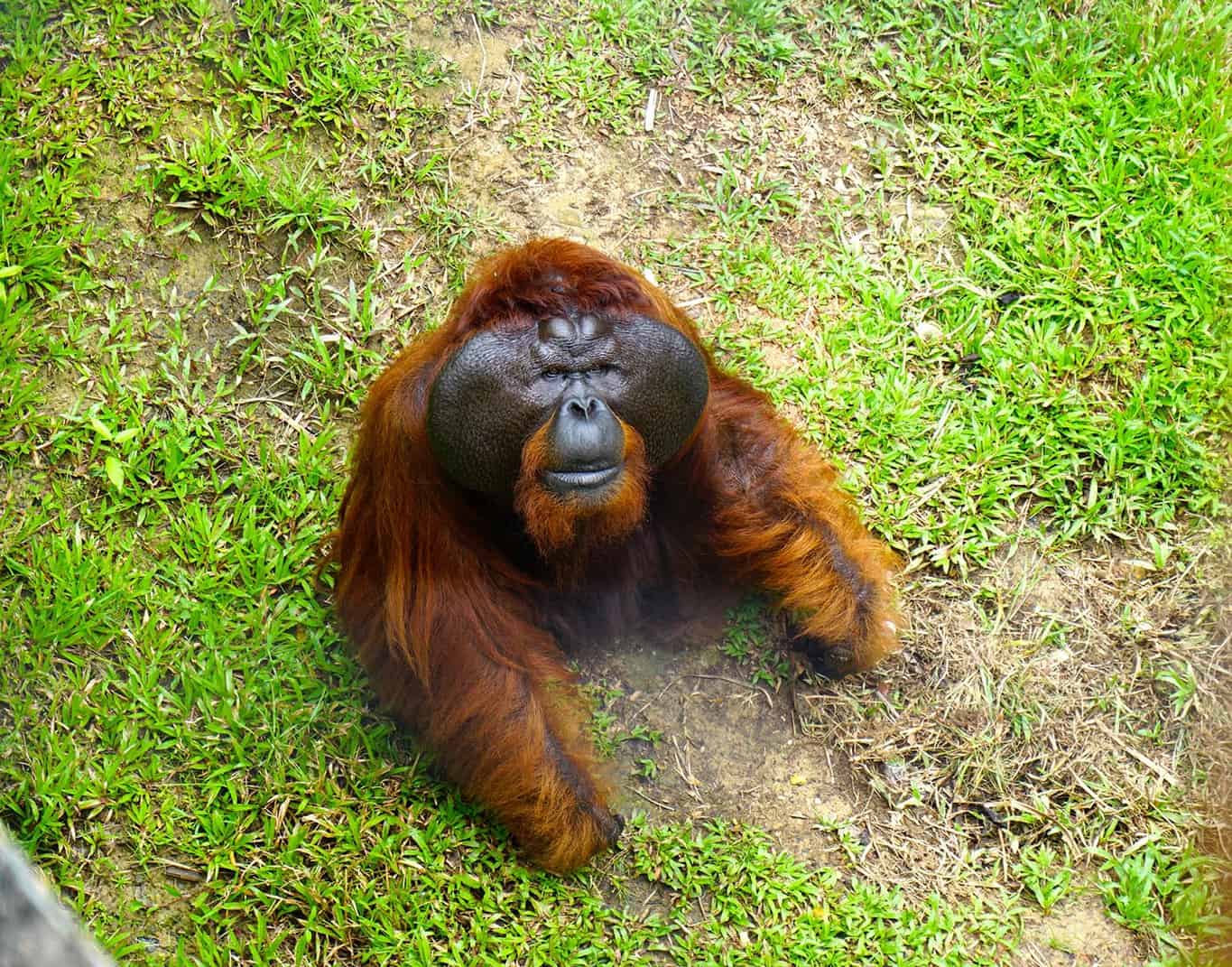