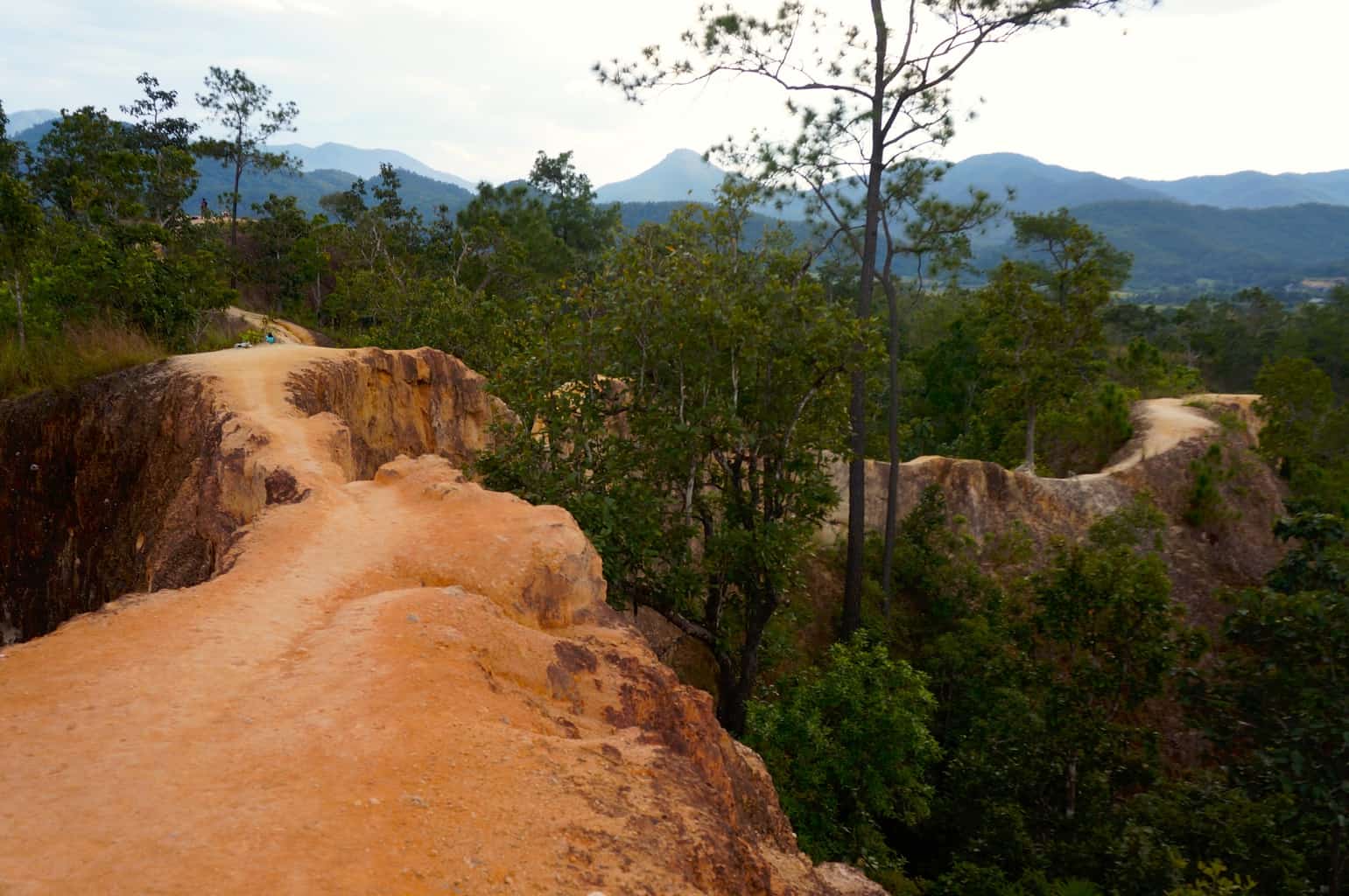 Pai is an interesting place, located up in the mountains of northern Thailand. However, the adventures in Pai began before we even left. Although I’d been riding motorbikes in Chiang Mai, I heard from several friends I met that driving from Chiang Mai to Pai on a motorbike was something I shouldn’t attempt. My buddy Dave had crashed TWICE IN ONE DAY going to and from Pai on his motorbike because the roads are so treacherous.

So my friends and I, heeding the advice of all the wounded travelers we met, decided to take a minibus on the 3-hour journey. Looking back now, I’m not sure which would have been better. Crammed into a small van going at breakneck speeds around narrow roads on the edge of mountains or taking my chances with the motorbike. Most people got sick along the way, but I just closed my eyes and fell asleep for most of the trip. 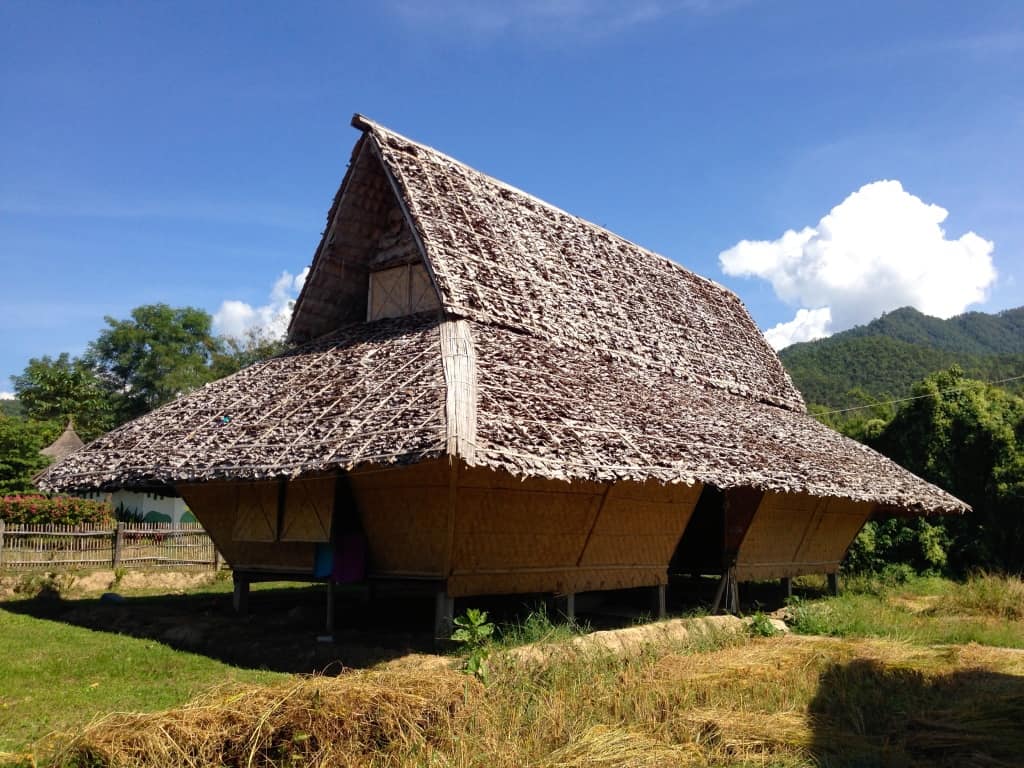 Once we finally made it to Pai (in one piece), we headed out to Spicy Pai Backpackers which was about a mile outside of town. It was worth the walk because it was a pretty cool place to stay. The bungalows were basically made of straw and quite open, but luckily each bed had a mosquito net. The mosquitos were pretty brutal up there and I felt like I spent half my time putting on bug cream. The hostel also had an elevated common area where everyone hung out. The actual town of Pai wasn’t all that exciting. There are a surprising amount of restaurants and bars in such a small area, but I guess they cater to the hippy-dippy tourists that frequent the area. So outside of taking a Thai cooking class, I spent most of the time exploring the areas surrounding the town. 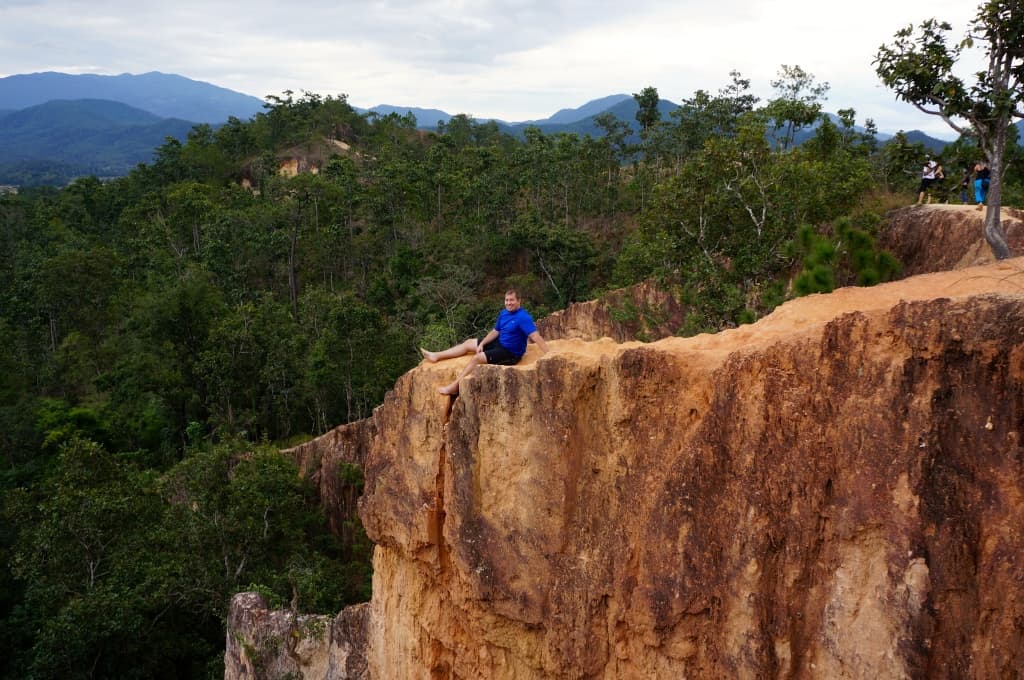 One of the best things I went to see was Pai Canyon. Think of the Grand Canyon (not quite as large), but without any type of railing or protection to keep you from falling to your doom. The ledge I was sitting on above was less than 2 feet wide with a more than 60 foot drop on both sides. I don’t normally have a fear of heights, but this was beginning to test my limits a bit. 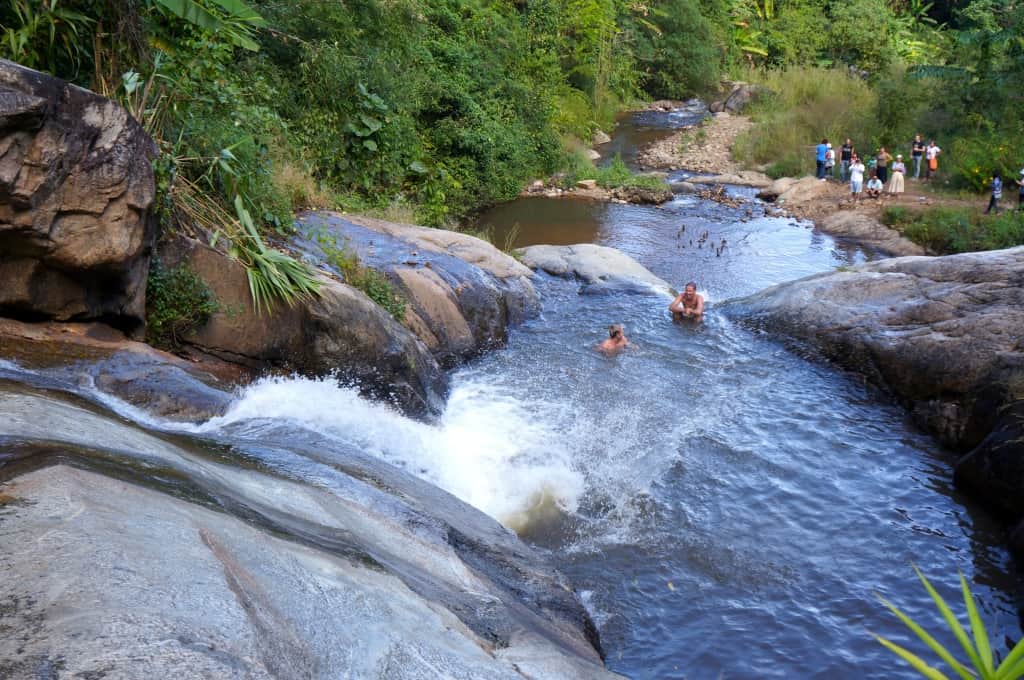 Next was Mo Paeng Waterfall and the rock slides. There were a lot of pretty fearless kids jumping all around these falls. It was fun watching all of them go down over and over again. Like my animated GIF?

Another highlight at the end of a long day was the Tha Pai Hot Springs. There were 5 or 6 different springs, each at increasingly hot temperatures. They ranged from moderate up to I feel like I’m being cooked alive. That last one I would stay in for no more than a couple of minutes unless you want to know how a lobster feels. Nonetheless, they were relaxing after roaming around all day. 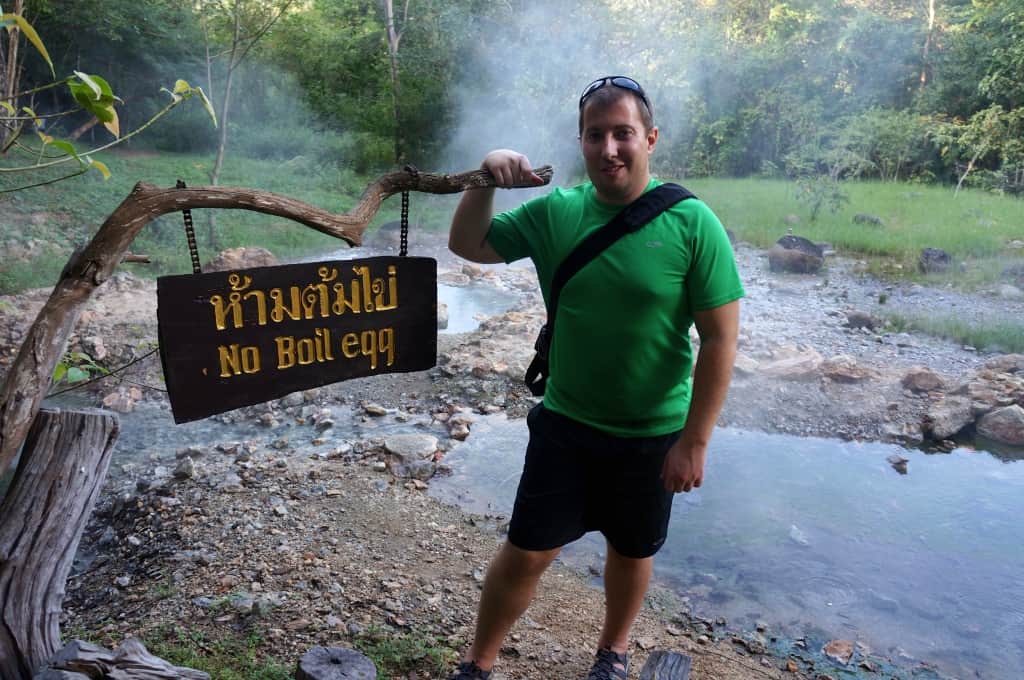 One final thought. Apparently it’s not cool to boil eggs in the hot springs.

There are lots of adventures in Pai to be had. It’s definitely worth a trip up from Chiang Mai. Once you’re there, make sure to get out of the city and explore.