Badminton Is An Olympic Sport?!?

Prior to entering the ticket lottery for the 2012 Summer Olympics in London, I had no idea that badminton was an Olympic sport. Of course it wasn’t my first choice of events to see, but out of the 10 events I submitted for, it was 1 of the 2 that I got. It turns out that Olympic Badminton isn’t too bad. 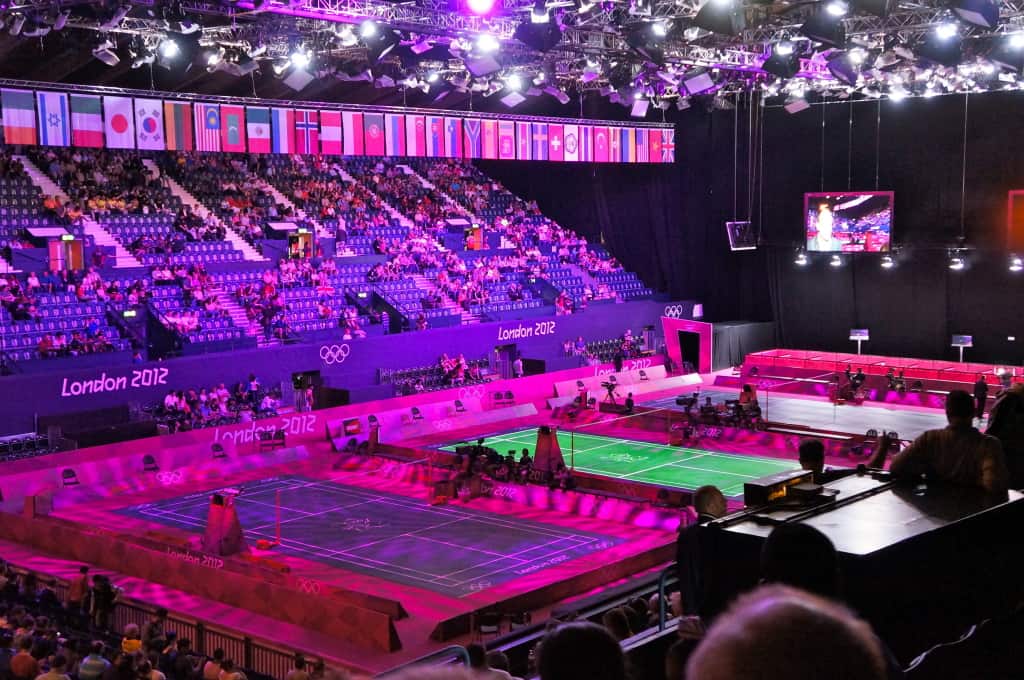 Surprisingly, badminton was quite intriguing to watch, although quite different than the badminton my old roommate and I used to play in our backyard. At the beginning of each event, the announcers do a brief rundown of the main rules so that anyone unfamiliar with the sport won’t be entirely lost the whole time. My understanding prior to attending was that you simply aim to hit the birdy back over the net. However, it turns out there is quite a bit more to it than that. I won’t go into it here, but if you’re curious you can check out this link to learn more about it. 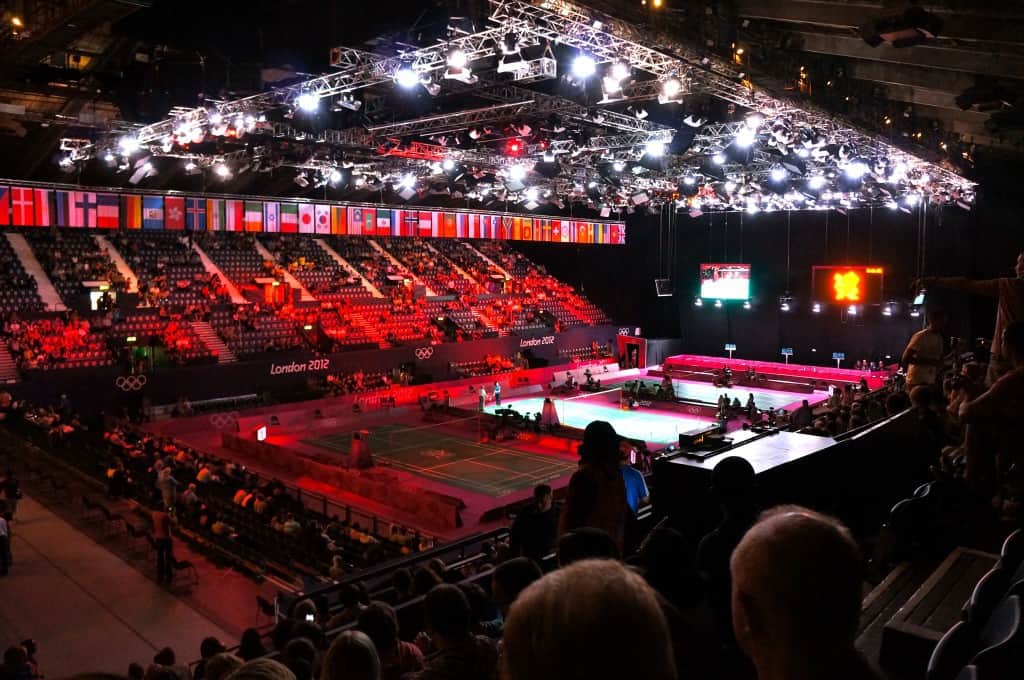 Throughout the session there were always 3 matches going on simultaneously, so you were never at a loss for something to watch. Both singles and doubles were represented. Unfortunately, I wasn’t there for the controversial session where neither team wanted to advance to play China as that would have been entertaining to watch. 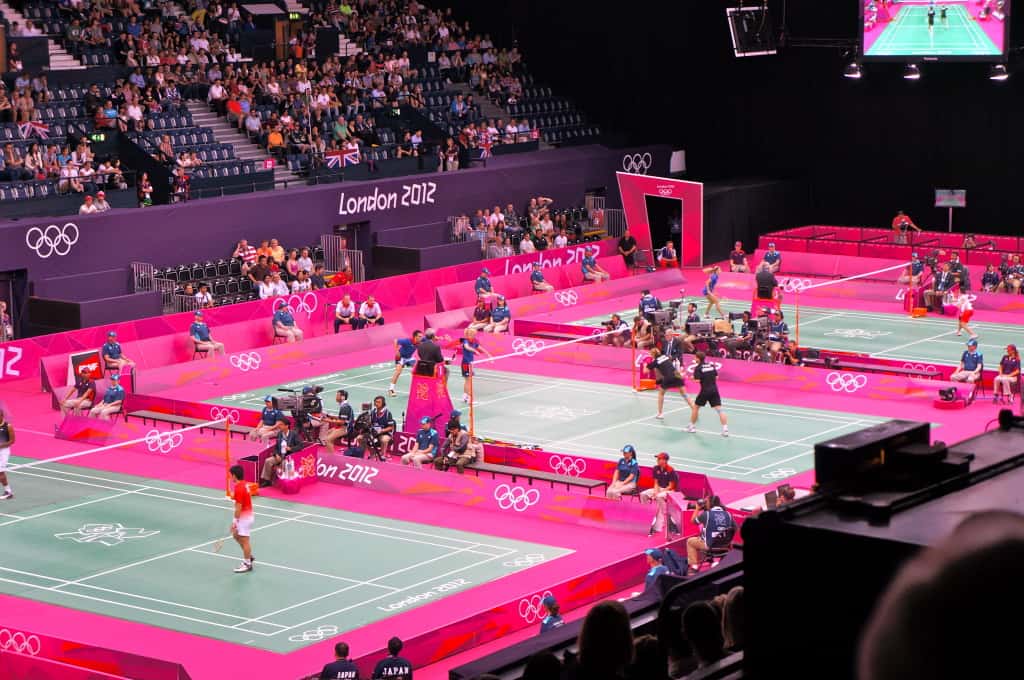 Guess who? Here I am sporting my Team USA gear that I paid a ridiculous amount of money to get shipped prior to leaving for the trip. 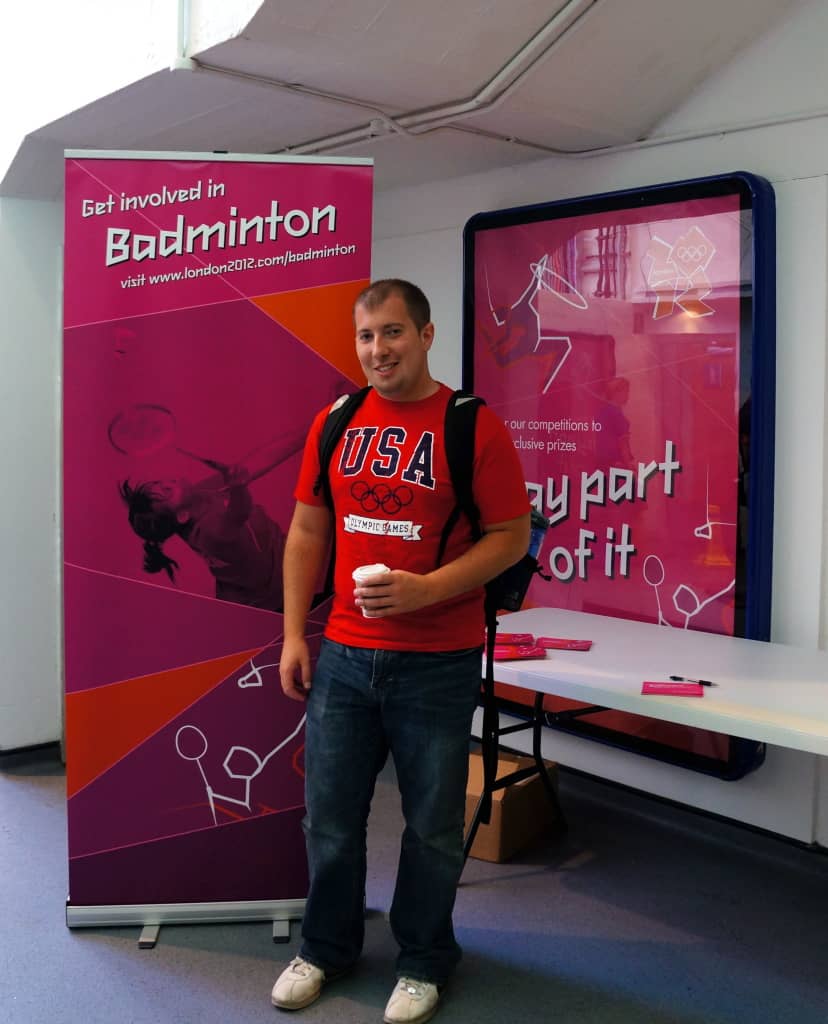