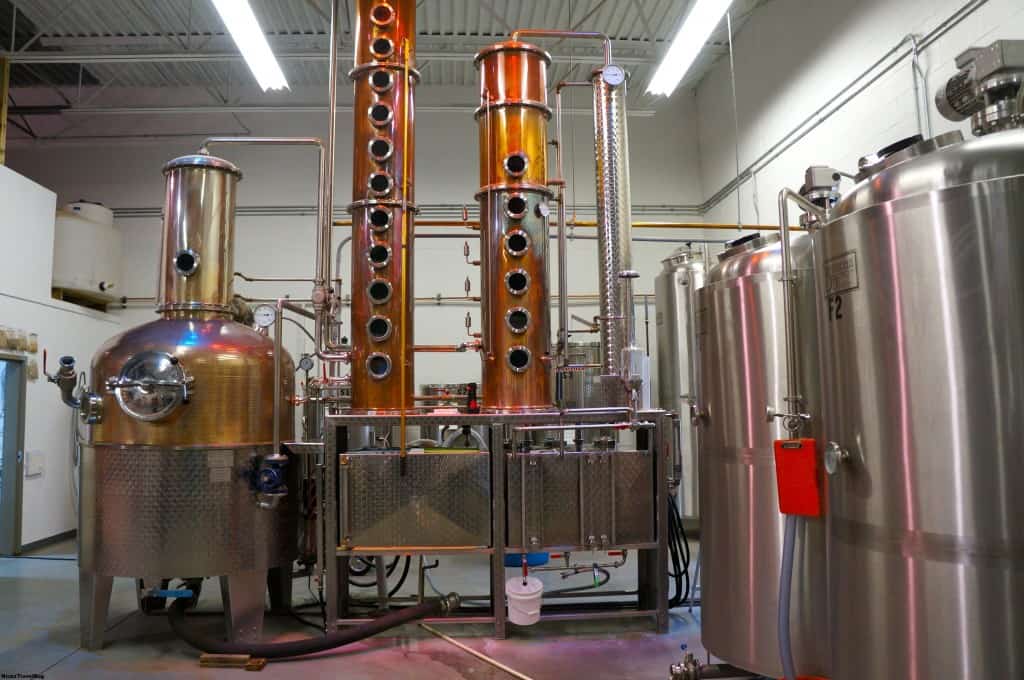 During my great weekend in Traverse City, we were treated to a tour of Grand Traverse Distillery. As part of the tour, we not only got to learn about the vodka and whiskey-making processes, but also got to try a variety of different spirits along the way. I always enjoy touring distilleries and breweries when I travel because more often than not they come at little or no charge!

Since vodka is one of my favorite spirits, I found it very interesting to learn how it’s made. Grand Traverse Distillery uses locally grown corn, wheat, and rye to distill all their spirits. Here’s a quick rundown of the process. It starts out looking like a very fine oatmeal. Sugar is added in the reaction tank (on the far left in the picture above). It sits for several hours, is cooled to 75 degrees for fermentation, and then the yeast is added. It typically takes 7 days for the sugar to convert into alcohol, but the longer it distills the more flavor it’s going to have later on. The concoction is then boiled to get the ethanol off. The distillation produces 3 parts: the heads, hearts, and tails. The hearts are the best and most desired part. The distiller performs a taste test to see when the vodka starts to become sweet and then switches from heads to hearts. Tails would be equivalent to rubbing alcohol. About 10% good alcohol can be salvaged from the leftover and the rest is then used for cleaning. 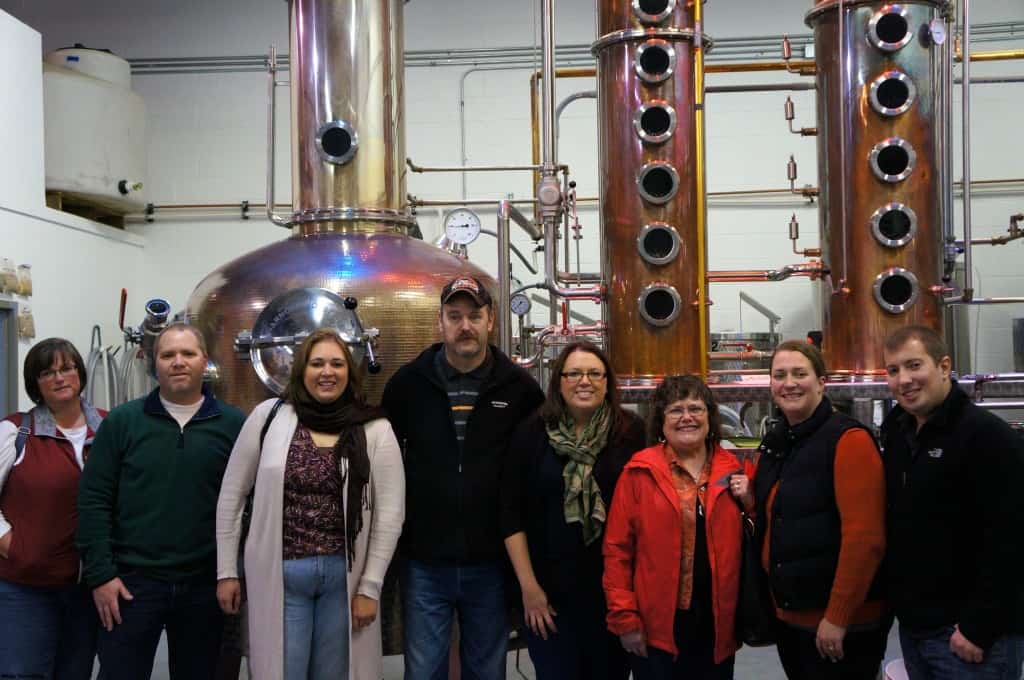 Per federal law, vodka has to be distilled at 190 proof, but is cut down to 80 proof to sell. The entire process from grain to bottle can take place in as little as 6 weeks, but is usually closer to 2 months. 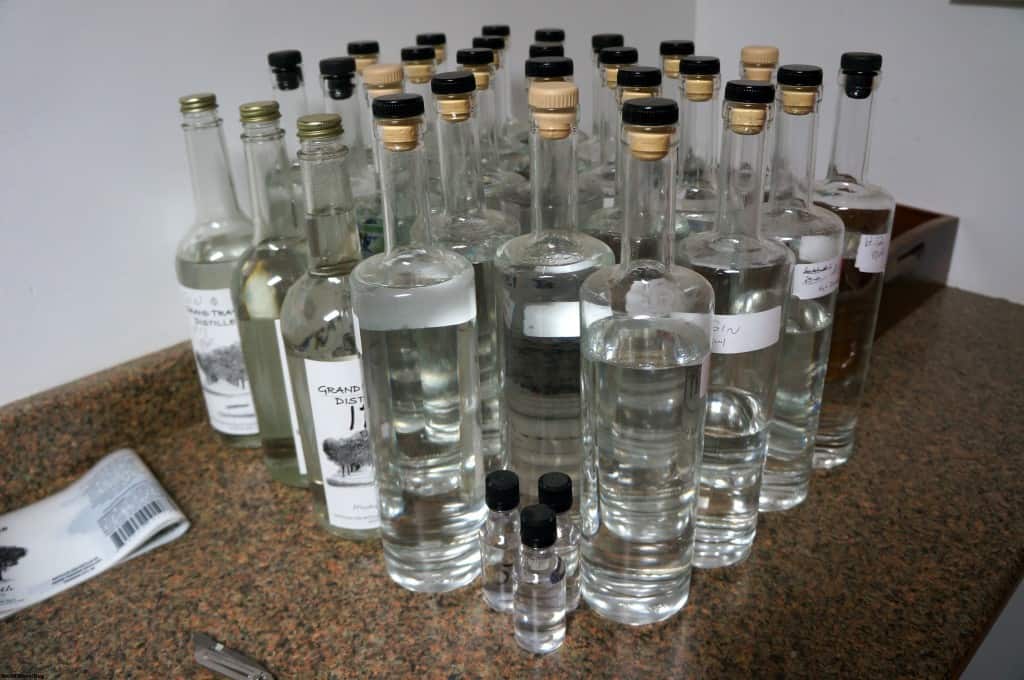 The flavored vodkas are made in 55-gallon drums. For their famous cherry vodka, they add a half-sweet, half-tart cherry concentrate (made from cherries on the Leelanau Peninsula) along with dark chocolate cocoa beans. An interesting fact I learned is that gin is actually a juniper berry flavored vodka. I had no idea the two were so similar. 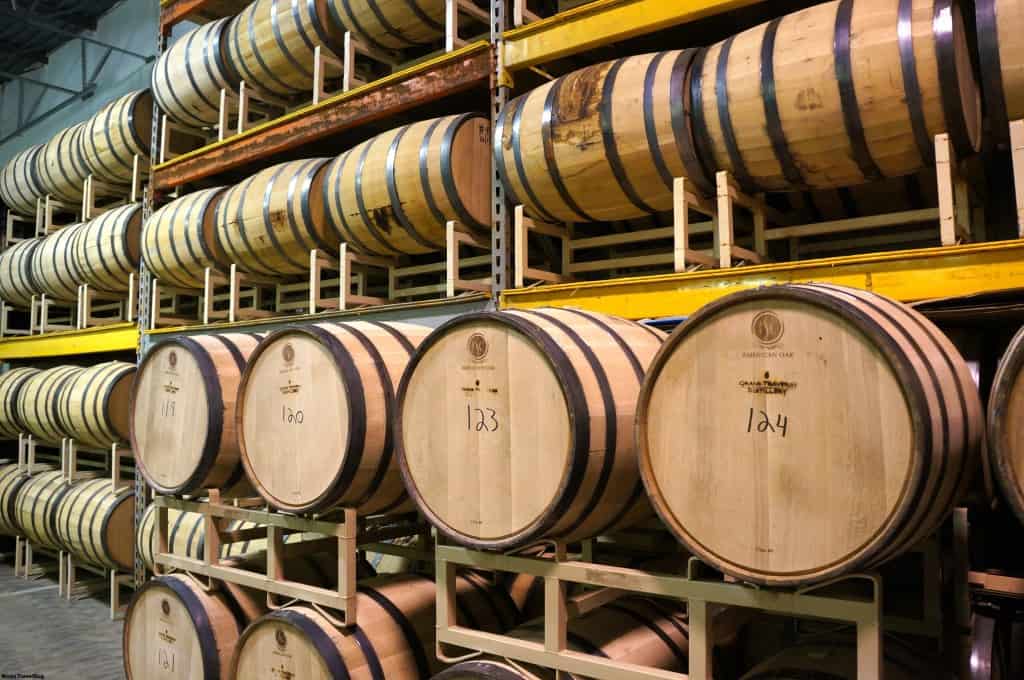 Next up was the process of making whiskeys and bourbons. As you might have known, both of these are made in wooden barrels. Each batch goes through 3 distillations and is stored in the barrels for a minimum of 2 years, although fully aged barrels are stored for 4 years or more. Our guide mentioned that after 8 years, there is really no additional effect. 100% of the color comes from the charring of the barrels, so naturally, the longer it sits, the darker it will become.

Here are a few other interesting facts, in no particular order. Scotch and Irish whiskey come out of reused barrels and don’t have as much flavor. Canadian whiskeys are really bourbon. The distillery has 2 full-time distillers plus others doing bottling, etc. during busier times of the year. 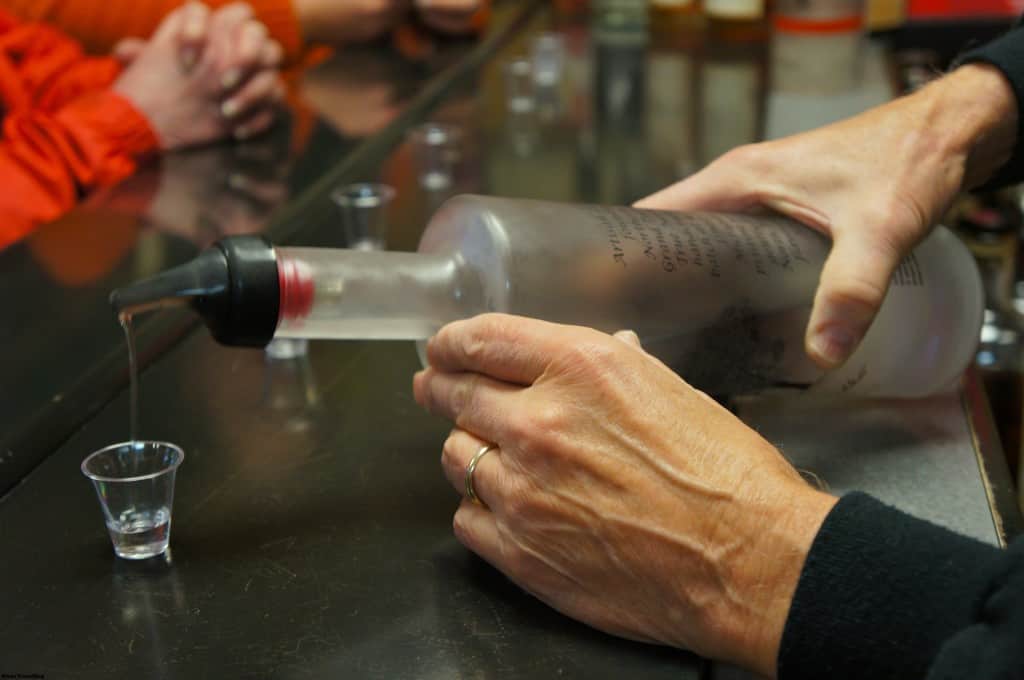 Now for the best part of the tour: the tasting! Most vodkas are wheat-based and while it’s usually my mixer of choice, I have a hard time drinking it straight. However, the True North vodka they make there is a rye vodka. I’d never had a rye vodka before and my first reaction was that it was really good! Rye vodkas have a lot more flavor to them than wheat or potato vodkas. Even better was the True North cherry vodka. We tried this twice, once by itself, and a second time with a splash of coke. Both were incredible and the second reminded me of drinking a cherry coke. 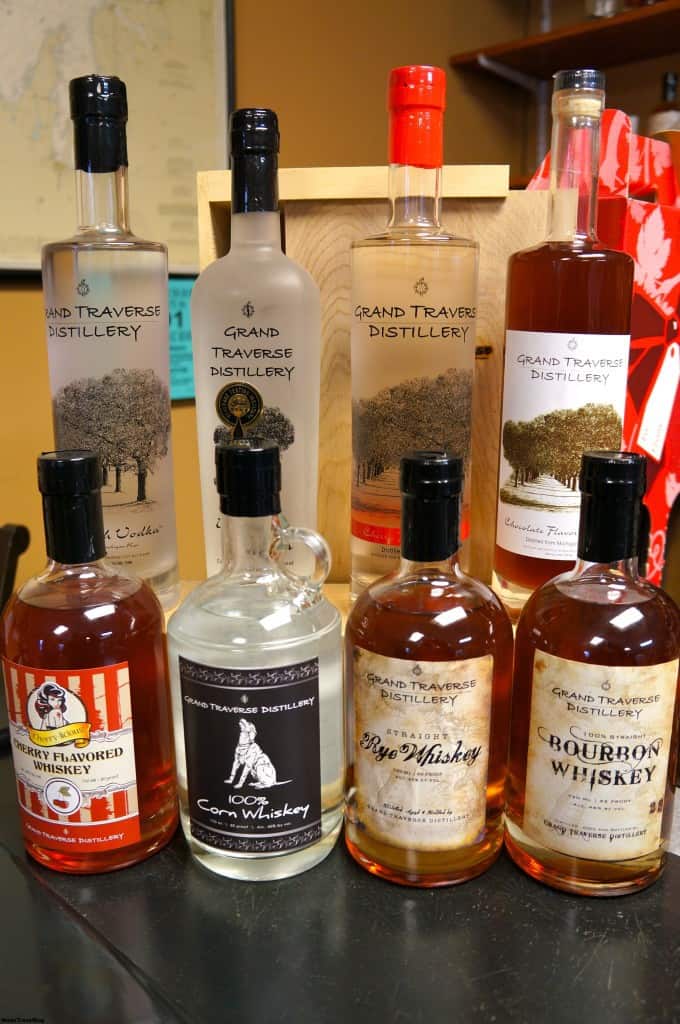 We continued our tasting by sampling their chocolate vodka. While you would expect this to be somewhat sweet, it was more of a bitter chocolate. I didn’t care for this one that much, just as I haven’t found any chocolate stouts I really like. I guess chocolate and alcohol just don’t go so good together (unless it’s with a red dessert wine). Next was the full line of whiskeys and bourbons, including cherry whiskey, corn whiskey, rye whiskey, Old George Double Barrel Whiskey, and a bourbon. It was quite a tour!

If you want to visit the place for yourself, they offer tours every Saturday from 11a-5p even through the winter. I definitely recommend checking it out (especially the True North Vodka!) next time you’re in the Traverse City area.