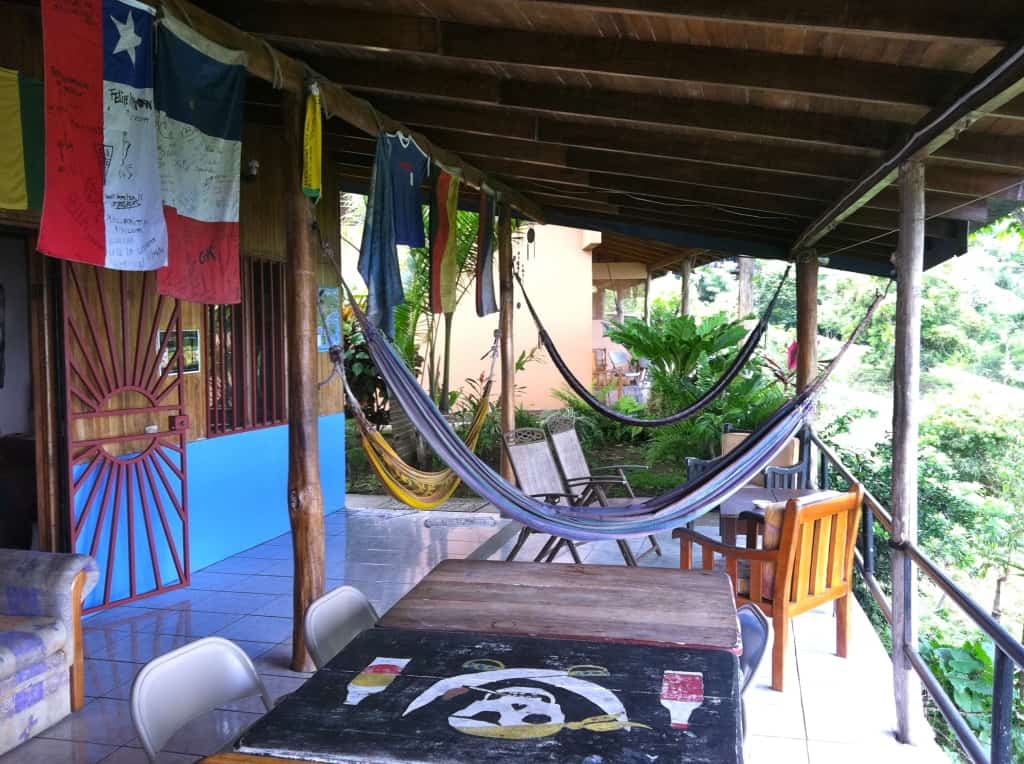 From Monteverde, my 3 friends from Norway and I decided to take a cab down to Manuel Antonio. It cost a little bit more than taking a bus, but it also saved us several hours on travel time. We stopped in Cocodrilo on the way to grab a snack and also to see a whole bunch of American crocodiles under the bridge (I counted 13). 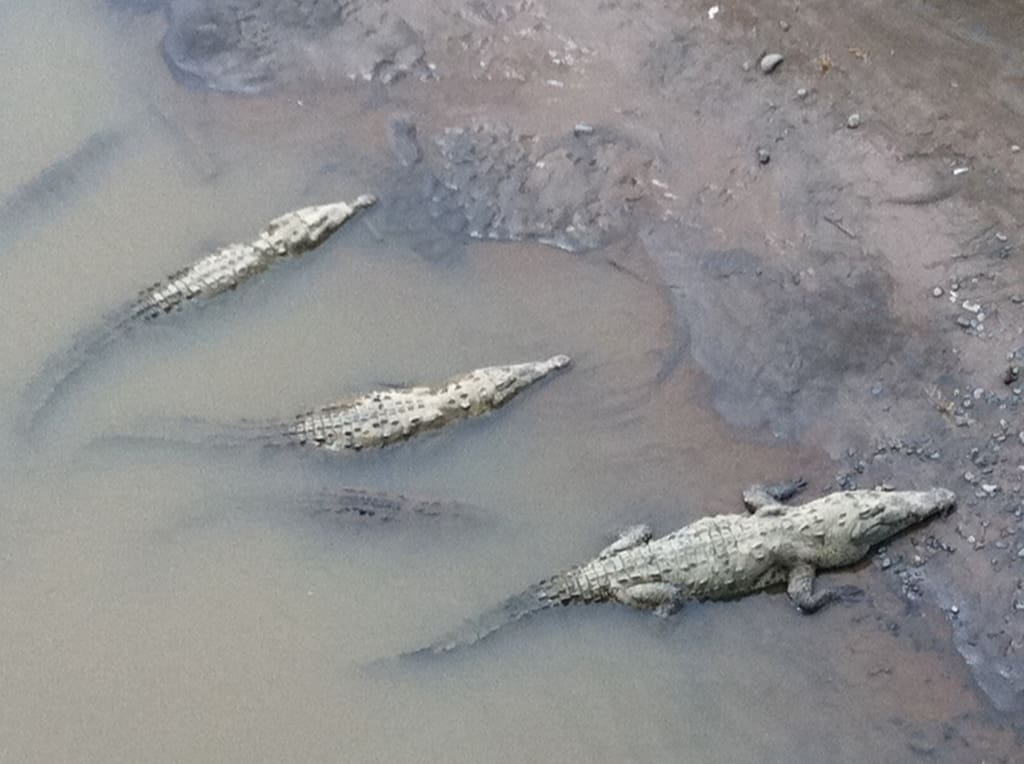 On the ride, we also drove through Jaco, Quepos, Puntarenas, and several other beach towns until we got to our beach town of Manuel Antonio. During the cab ride we got stuck behind a herd of cattle for a few minutes. That doesn’t happen everyday.

Once we finally arrived in Manuel Antonio, our cab dropped us off right at the door of our hostel. It was called Vista Serena hostel and it was owned and run by a guy from California who went down to Costa Rica 9 years ago and never came back, started giving tours, and eventually bought this hostel. We had a great view from the balcony of our hostel as well. 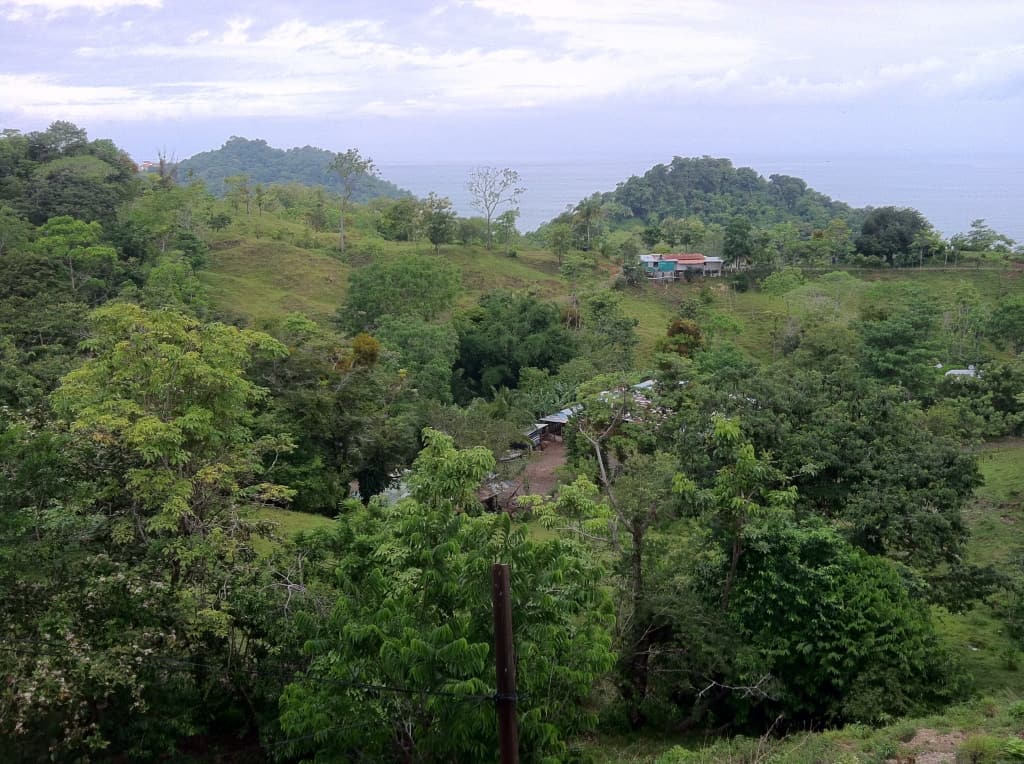 Manuel Antonio is known for a few things, including the beach, surfing, and exotic wildlife. I definitely saw or took part in all of these activities. Too bad I don’t have pictures of me trying to surf because that was a disaster! We asked the surf instructor when the best time to take a lesson for people who have never surfed before. Now it would make logical sense that the best time to learn to surf would be in the morning when there is low tide, not in the afternoon during high tide. Nonetheless, the instructor told us to come out in the middle of the afternoon. This was a bad idea because, as we had expected, the waves were pretty big. I couldn’t even stand up on the board. I would get one foot up but then I would just end up on a foot and a knee before crashing into the water. I don’t think I’ve ever gotten so much water up my nose before, but it was a fun experience and I’d like to try it again under some easier conditions. After our attempt at surfing, it was definitely time to head across the street for a nice, cool drink. 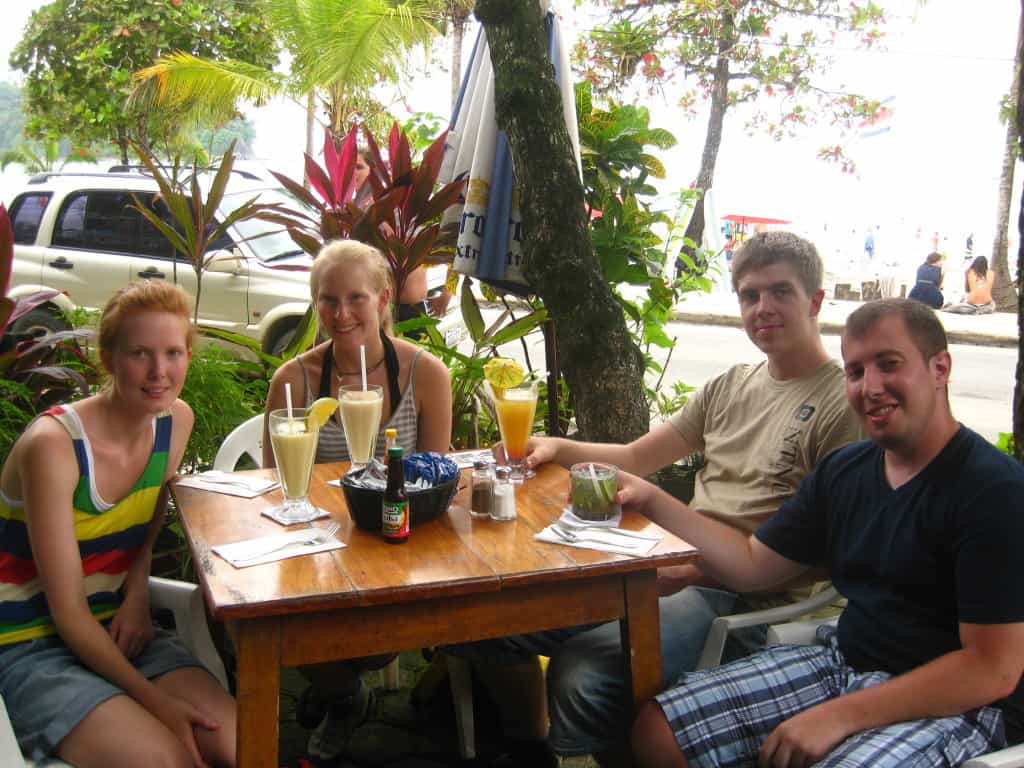 Next up: Manuel Antonio National Park and the Mangrove Boat Tour.