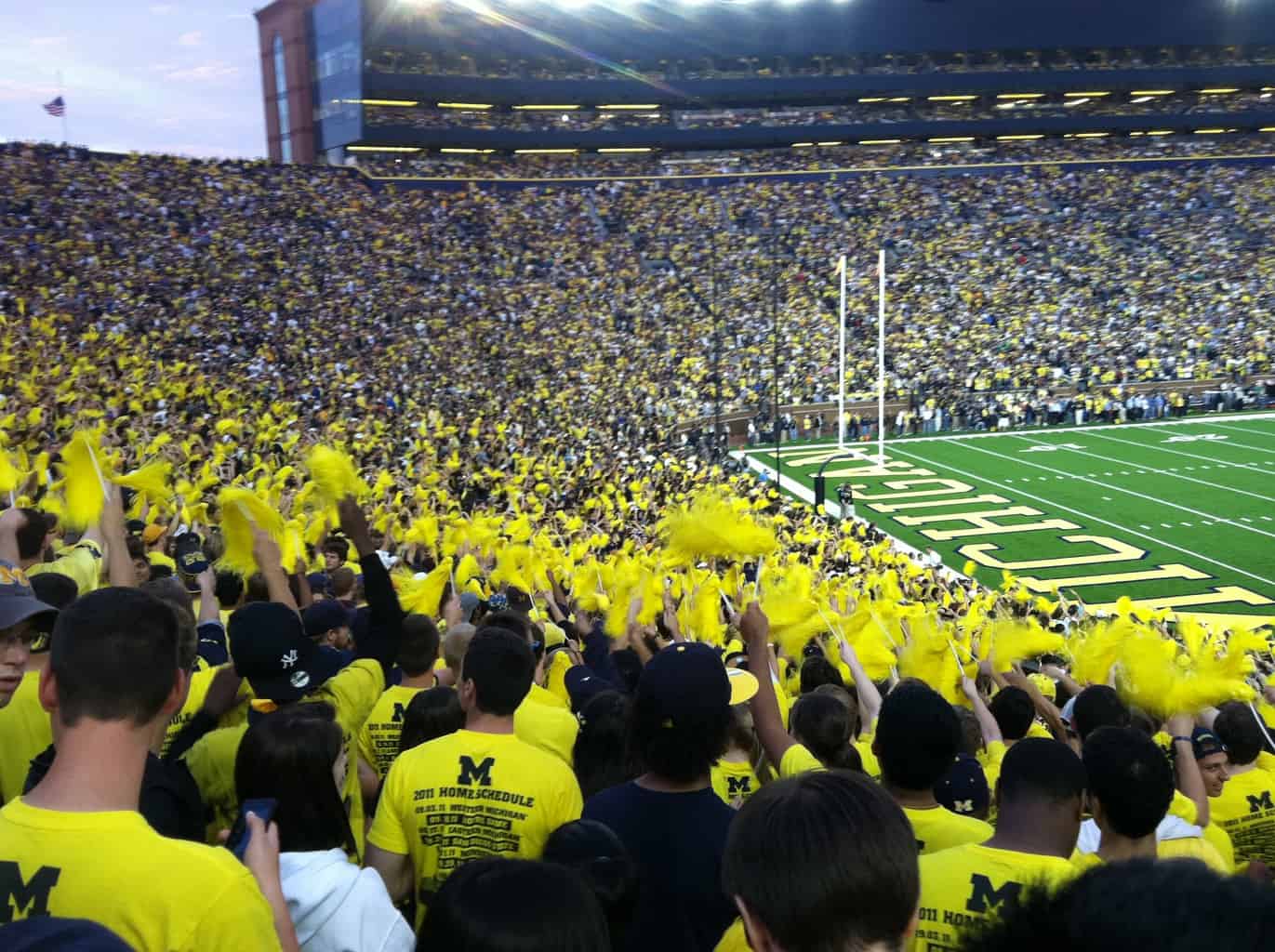 Before I continue with posts about Costa Rica, I have to show a few pics and video from this past Saturday at the Michigan vs Notre Dame football game. It was the first game in Michigan history to be played at night under the newly added lights around the top of the stadium. There was a historic 114,804 people in a stadium that has a capacity of 109,901!

My day started off pretty early at ESPN’s College Gameday. It was madness. All of the ESPN crew were there, including Desmond Howard (GO BLUE!), Lee Corso, Chris Fowler, Kirk Herbstreit, and Erin Andrews. It was funny that whenever Kirk Herbstreit started to talk, the entire crowd started to boo him. He did go to that school down in Columbus, so that’s his fault.

There were a lot of good signs out there as well, including one that I think was hand-painted. 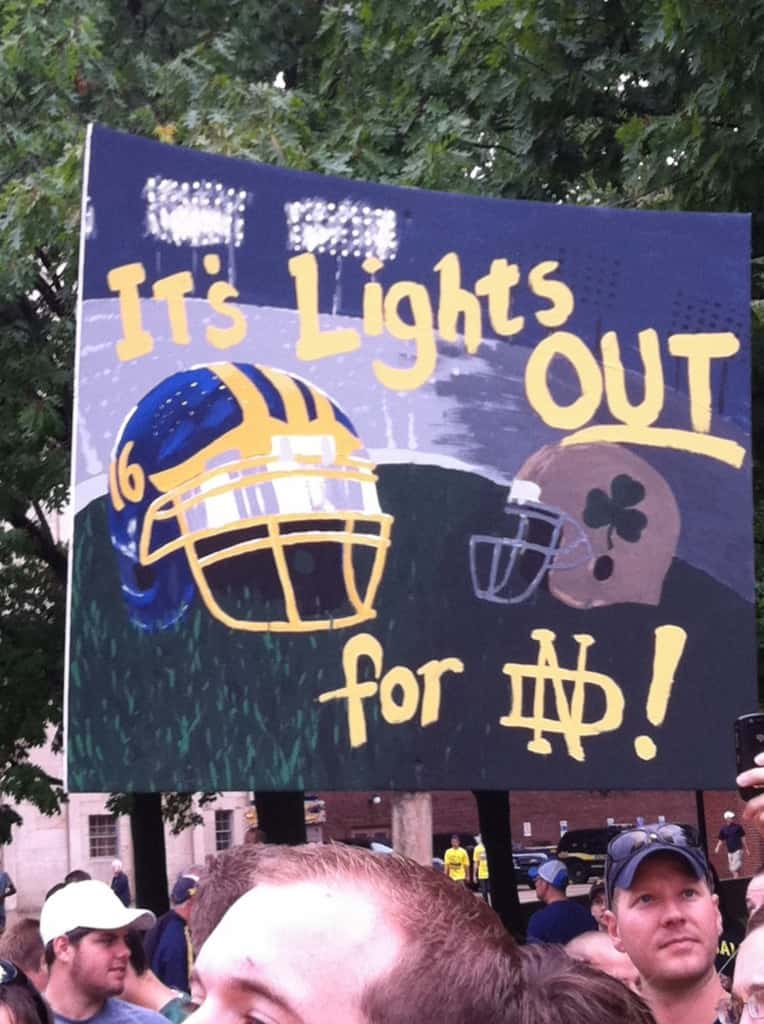 And one of my favorites. This had to take a long time to make. It was made of wood and a whole bunch of other stuff. 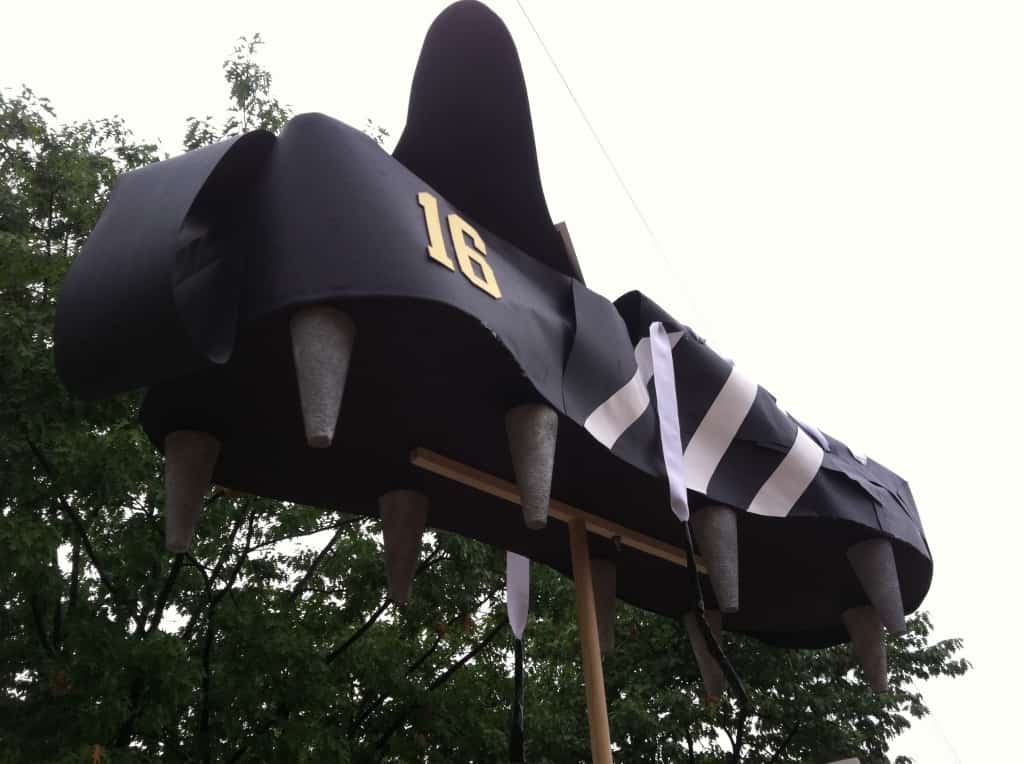 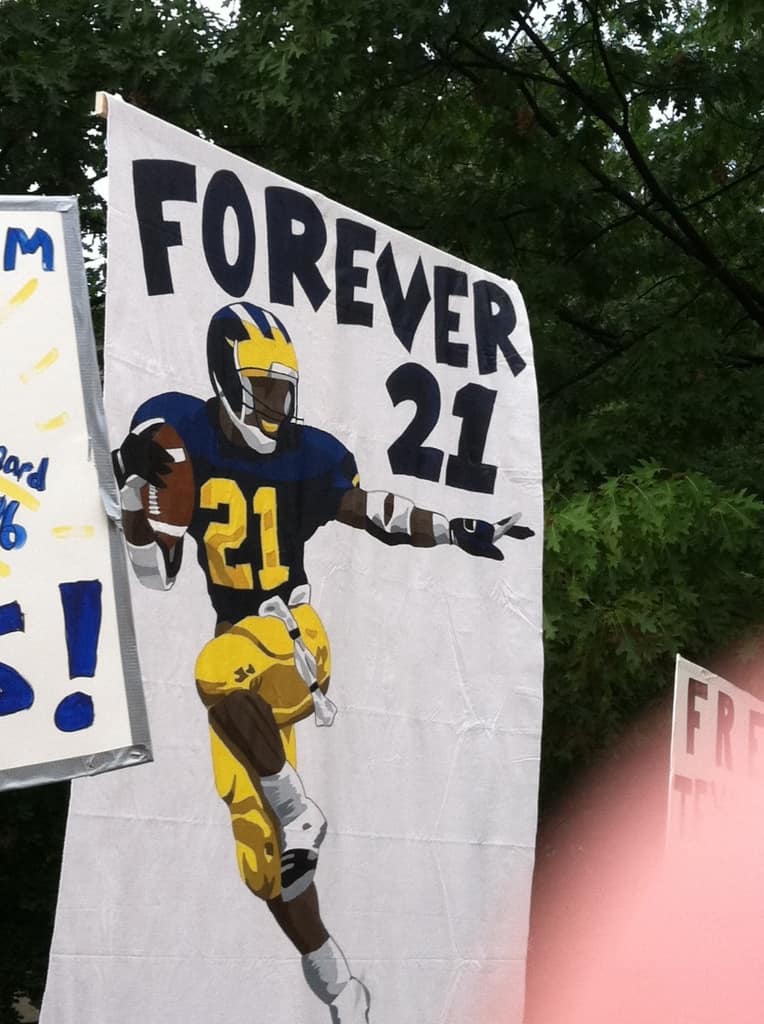 Now on to the game!

It was by far the best Maize Out I’ve seen at a Michigan game. Not only were all of the students wearing yellow and have pom pons, but the rest of the stadium did as well! The energy in the stadium was incredible and I could barely talk after the game was done with. 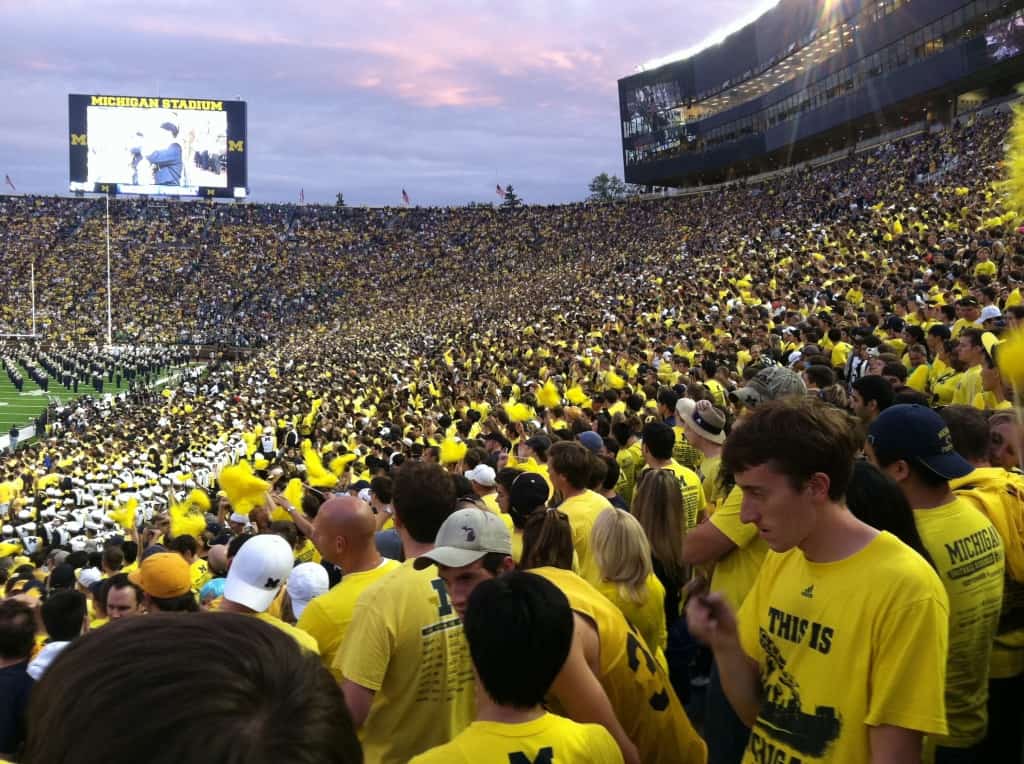 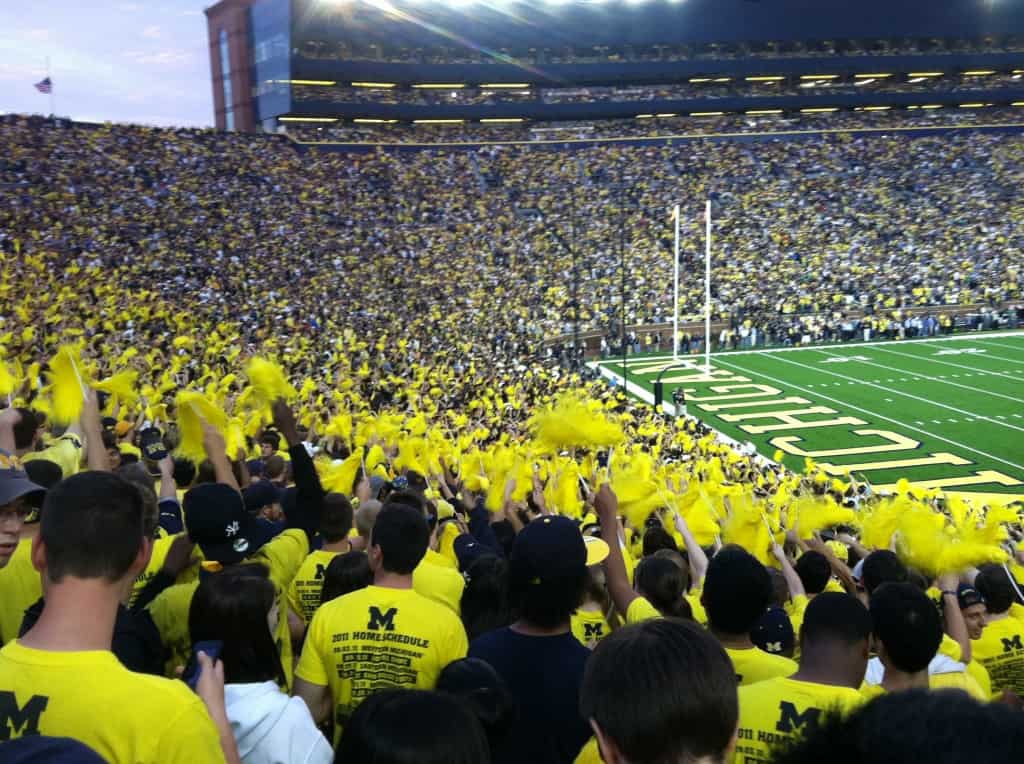 Then the halftime show. The theme was electronic / techno music, which I thought was awesome. They even had people in light-up suits! 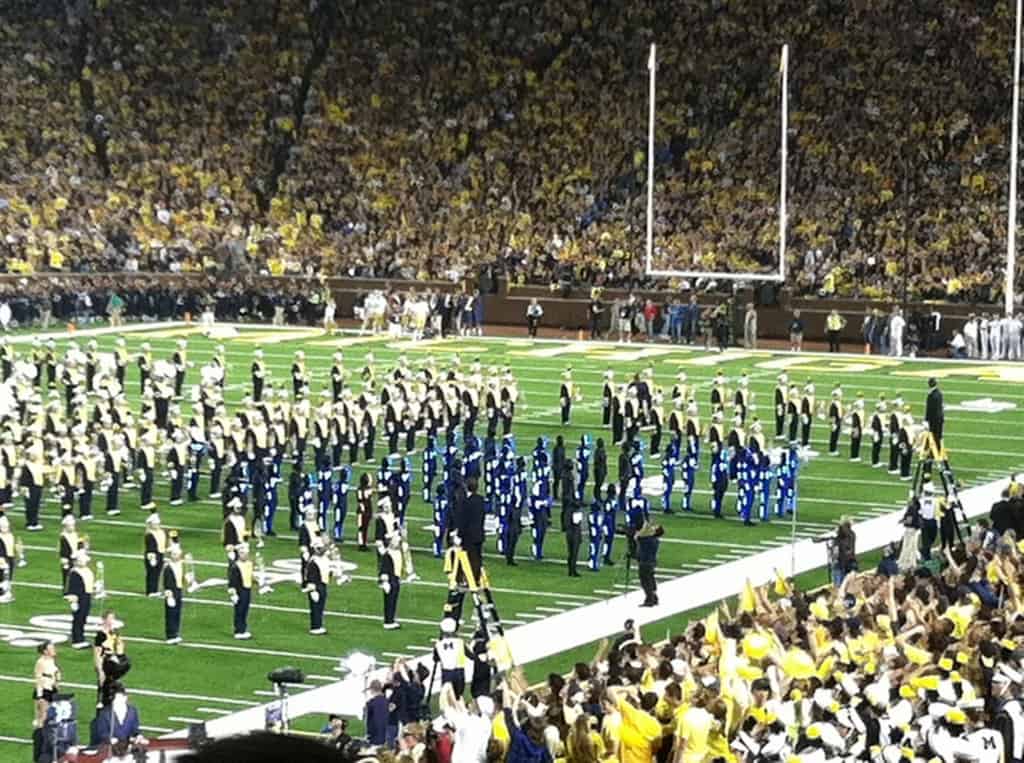 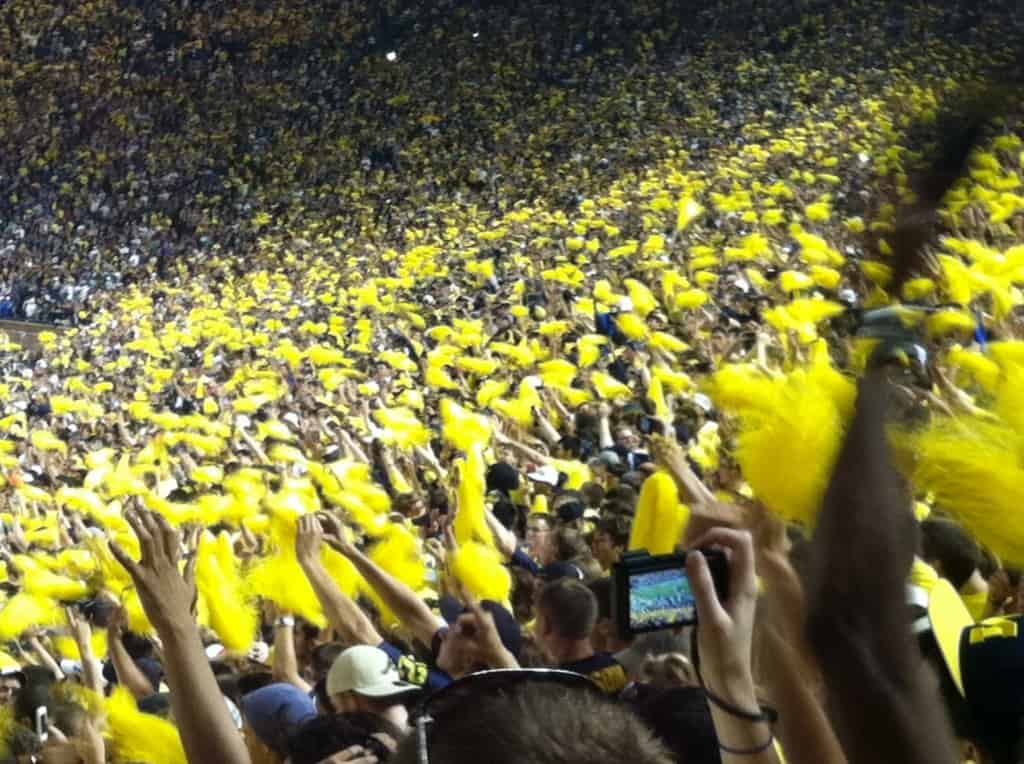 They even had someone parachute in to the stadium!

Michigan vs Notre Dame is always a crazy game, but this one under the lights was best! Go Blue!