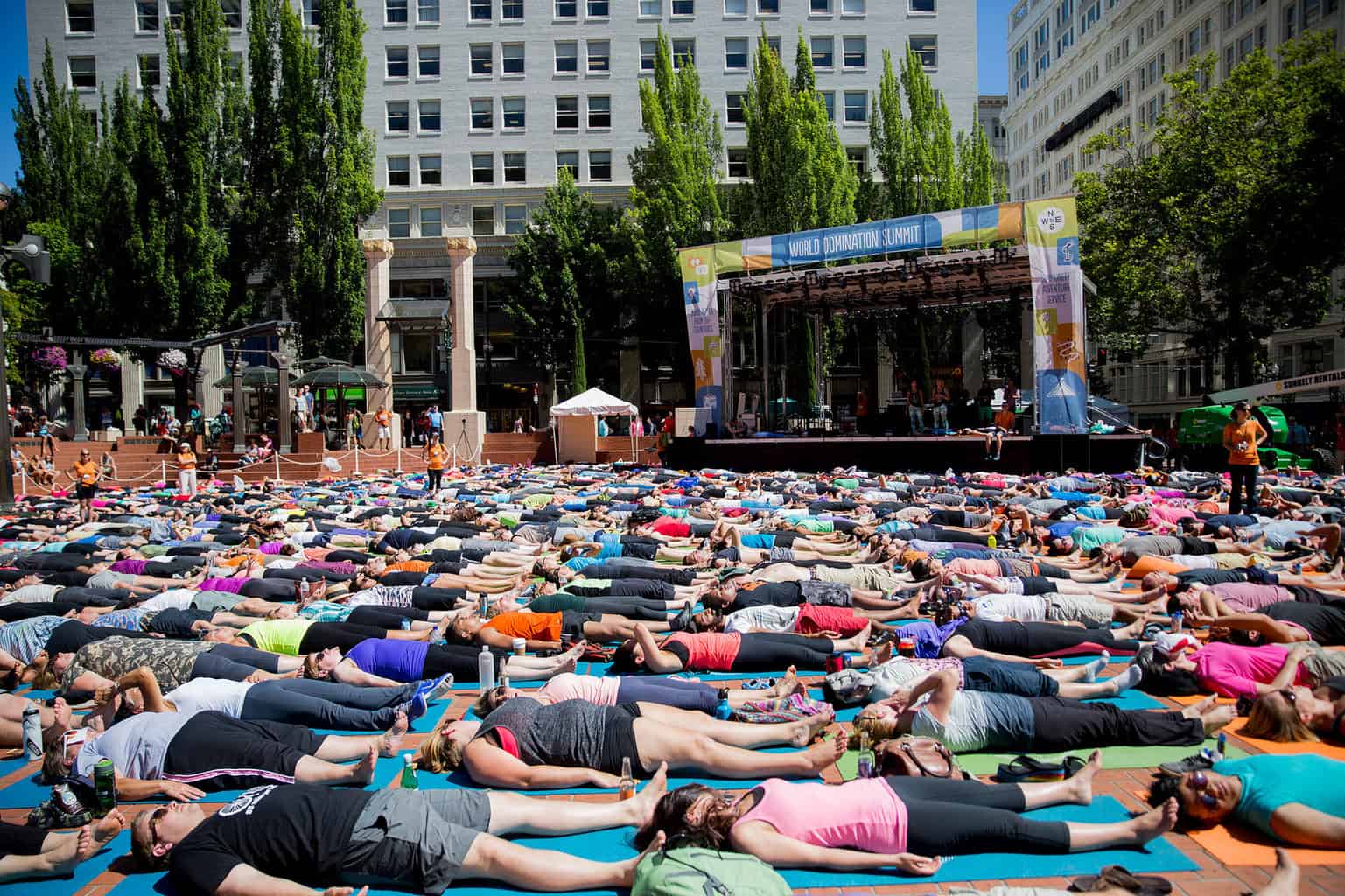 One of the highlights of the World Domination Summit last week was the chance to break my 2nd Guinness World Record. The first was at the World Float last year during WDS. I think from now on I’m going to list World Record Holder Extraordinaire on my business cards. What do you think?

This time the record was for the World’s Longest Yoga Chain, called The Great Namaste. We assembled early in the morning at Pioneer Courthouse Square, the line of people wrapped all the way around. As we were let in, everyone was seated to a yoga mat provided by the WDS team. At first, nobody was sure if we were going to have enough to break the past record of 696. However, as more and more people filtered in it became clear that we just might do it. In fact, we didn’t just break the record…WE CRUSHED IT!!! I believe the final count was 808 yogis lined up in the longest yoga chain ever recorded! Here’s a quick video of the attempt:

Now how did this whole thing go down you might ask. The group was seated in rows spanning the entire square. The idea was that there were 5 different poses for everyone to complete. Starting at the very front, the first person would perform the pose and it would snake up and down the rows until it got to the very back where I was sitting (in the shade). Everyone was required to hold the pose until the next pose came along in sequence. Since it was my first time ever doing yoga I’m not sure what the different poses were called, but none of them were too terribly complicated. After a quick practice run, we ended up holding each pose for about 10 minutes until the next came along down the line.

It’s always amazing what can be accomplished when a large community of people come together with a common goal in mind. All it takes is a great idea and a little perseverance by the members of the group. In this case, we were able to absolutely crush the previous record for the world’s longest yoga chain and make some new friends in the process.