Exploring the Wild West of Ireland 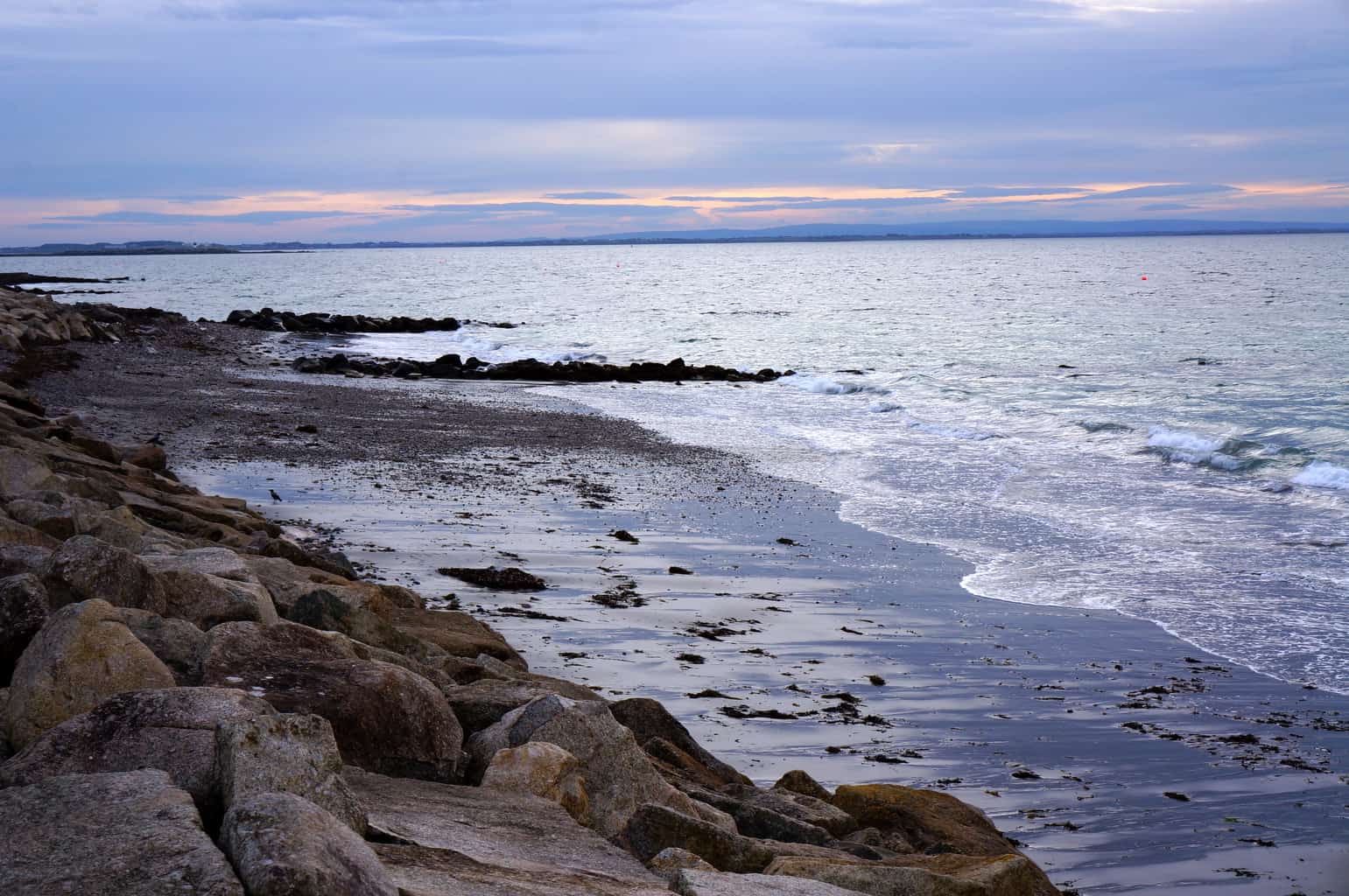 During my first trip to the west coast of Ireland a few years ago, I visited Galway, the Cliffs of Moher, and the Aran Islands, but knew there was so much to explore.

That’s why I was so thrilled when I got invited on a Wild Adventure West trip last Fall!

We began the trip with the first of several culinary treats that we enjoyed. Stopping for lunch at the Mulranny Park Hotel, we had some delicious fresh seafood. I’m already a seafood fanatic, so trying oysters topped with a very tart pomegranate was great. It was definitely an interesting combination. 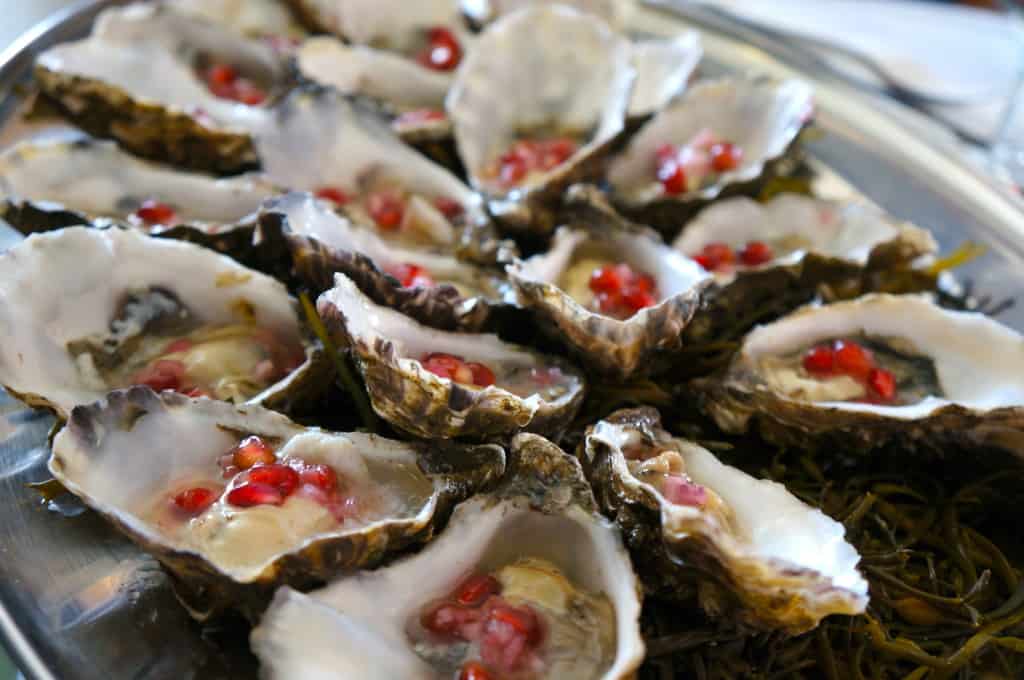 That afternoon we took a cycling trip down the Great Western Causeway. We were initially slated to do 18 km around Clew Bay, but we ended up cutting it down to around 10 km.

It was a breath-taking ride around the edge of the bay. 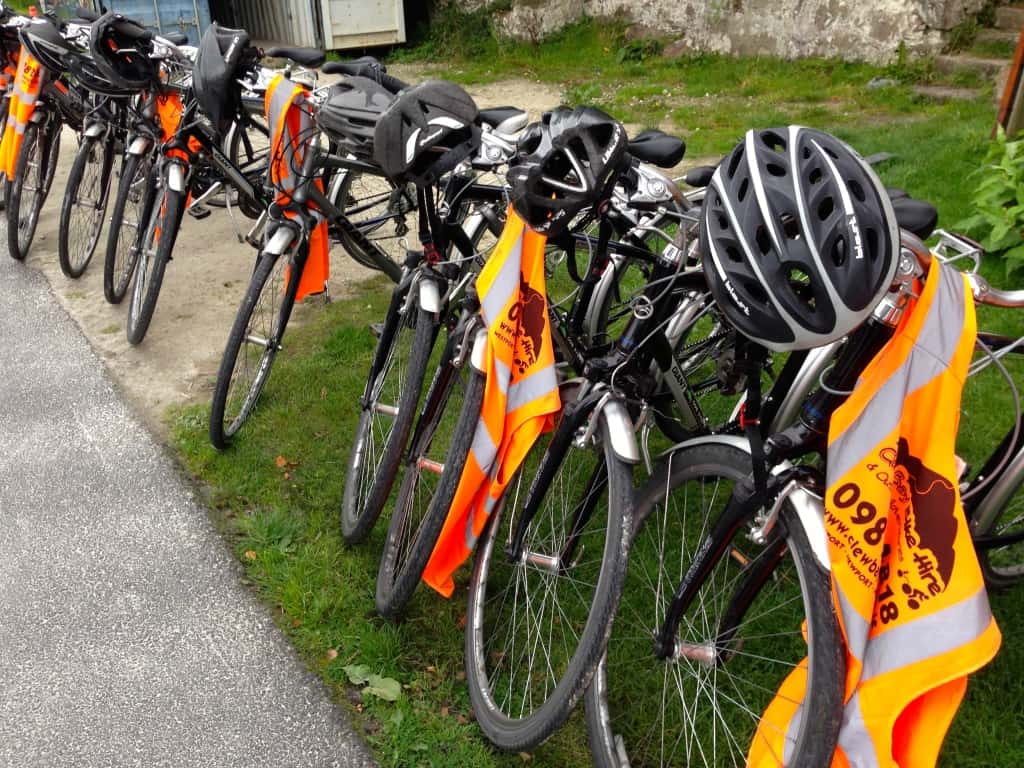 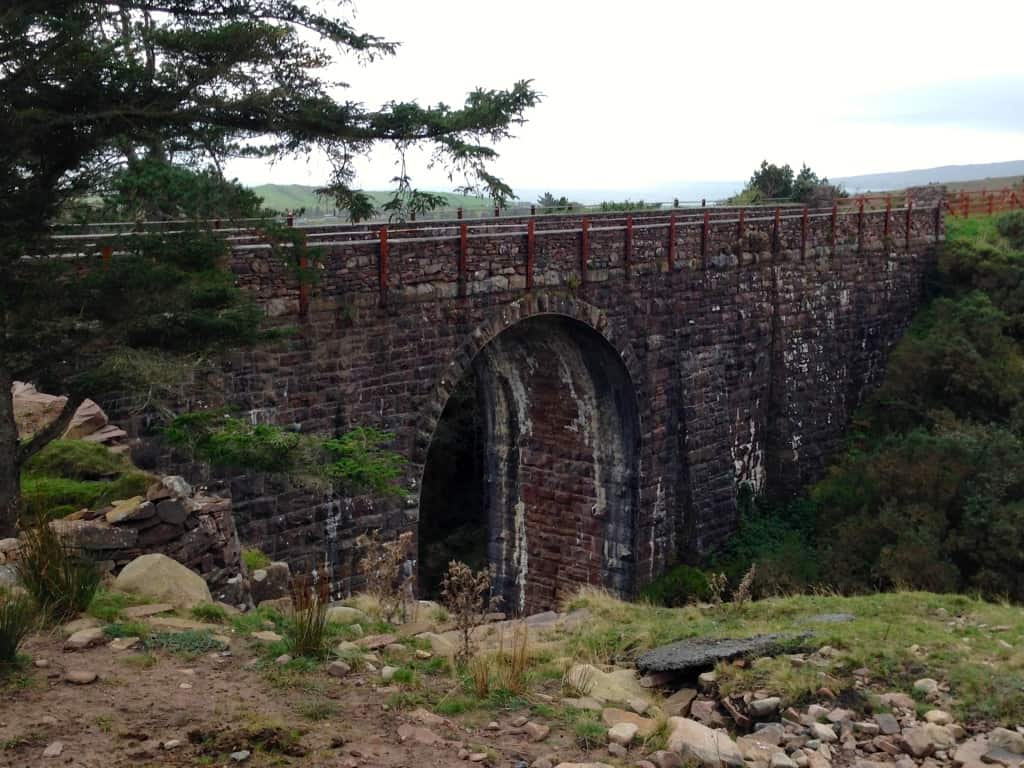 The next stop on our adventure was to somewhere that no trip to Ireland would be complete without: Irish whiskey tasting.

At Zetland Country House Hotel, where some of our group was staying, we drank some fine whiskeys that they make right on site. Our host, Colm, gave us a history of the place and how he began making whiskey years ago. My favorite of the three was the Irish Fiddler, which had won the silver medal 2 years in a row for best Irish whiskeys. 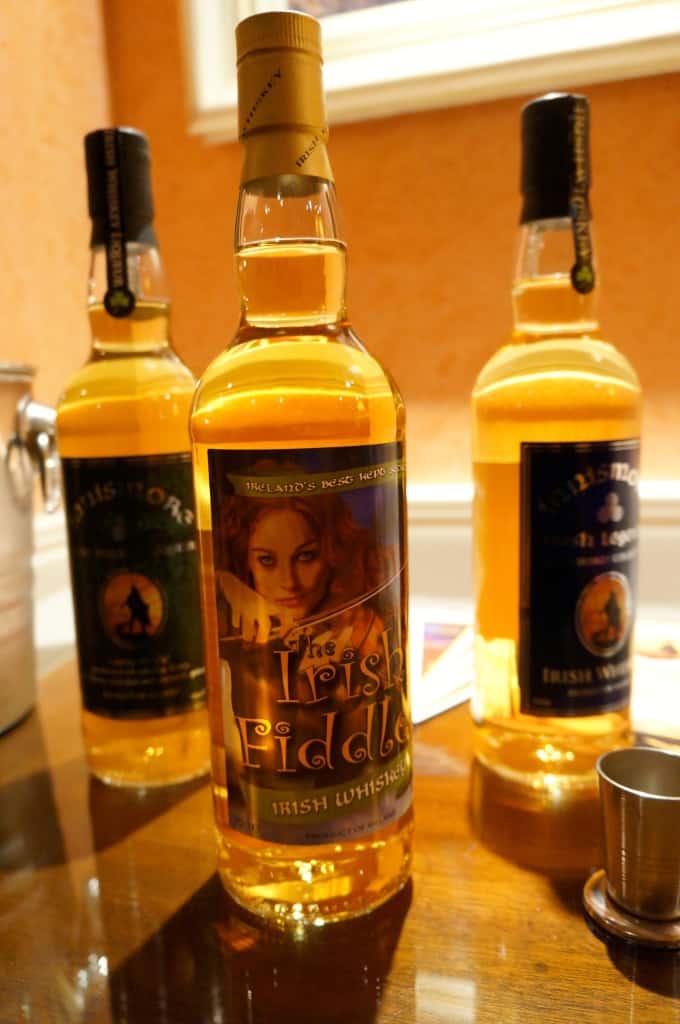 To top it off, Colm generously gave each of us a bottle of his whiskey to take home with us. However, I knew I didn’t have room in my backpack for this so we were forced to drink all that whiskey that night at the hotel.

The next day, after spending the morning sailing on a Galway Hooker, we headed out to the Killary Adventure Center for some high ropes fun. They have a multitude of activities to get your adrenaline going, including a high ropes course, climbing/rappelling wall, clay pigeon shooting, and my favorite, the Giant Swing. It was a 2-person swing that I was on with my buddy Jonathan of Vagabundus.org. Here are a few photos of the ride. 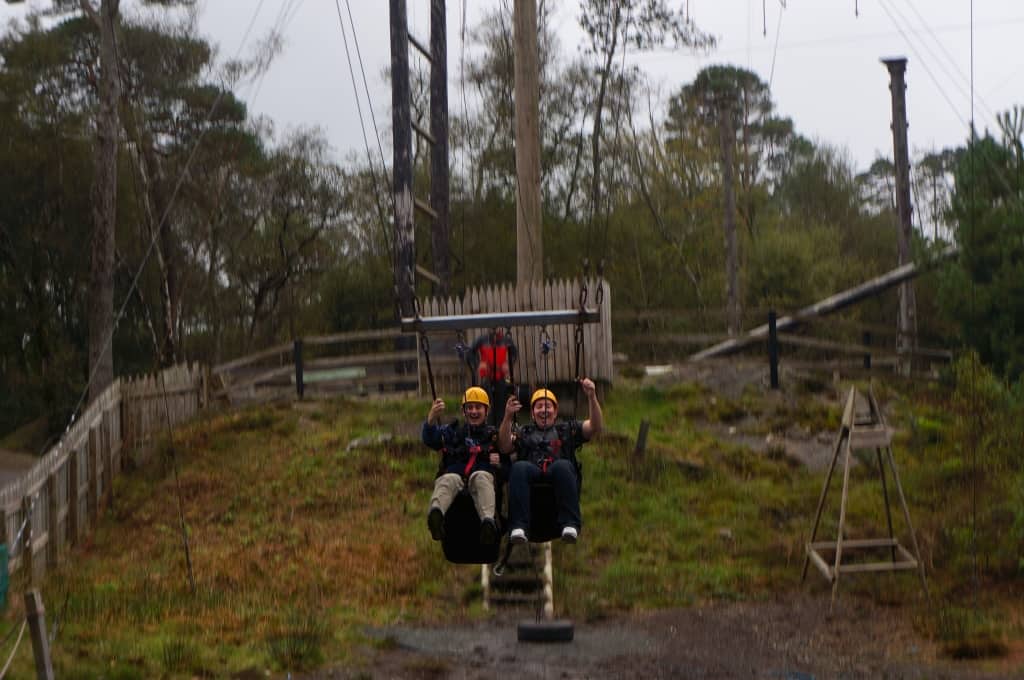 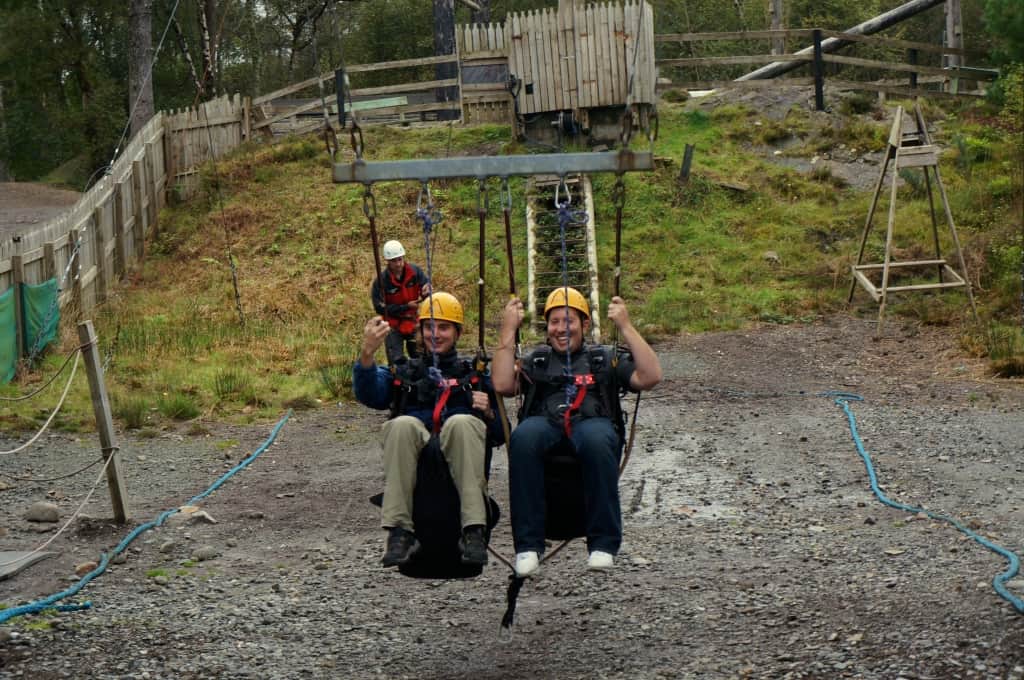 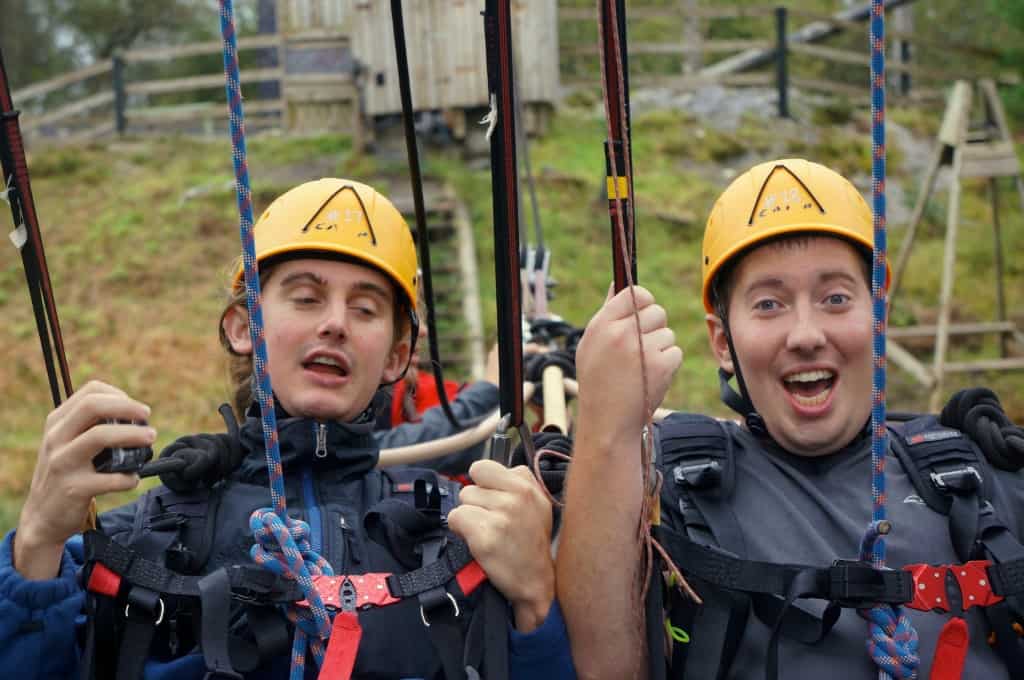 That night, after relaxing for a bit and having a couple cocktails at our hotel we headed out for dinner at one of the best restaurants in the region, called Ard Bia, in the Latin Quarter of Galway. This was absolutely some of the best food I had in Ireland. It’s sort of a Mediterranean / Lebanese / Irish fusion and they have some really interesting dishes. 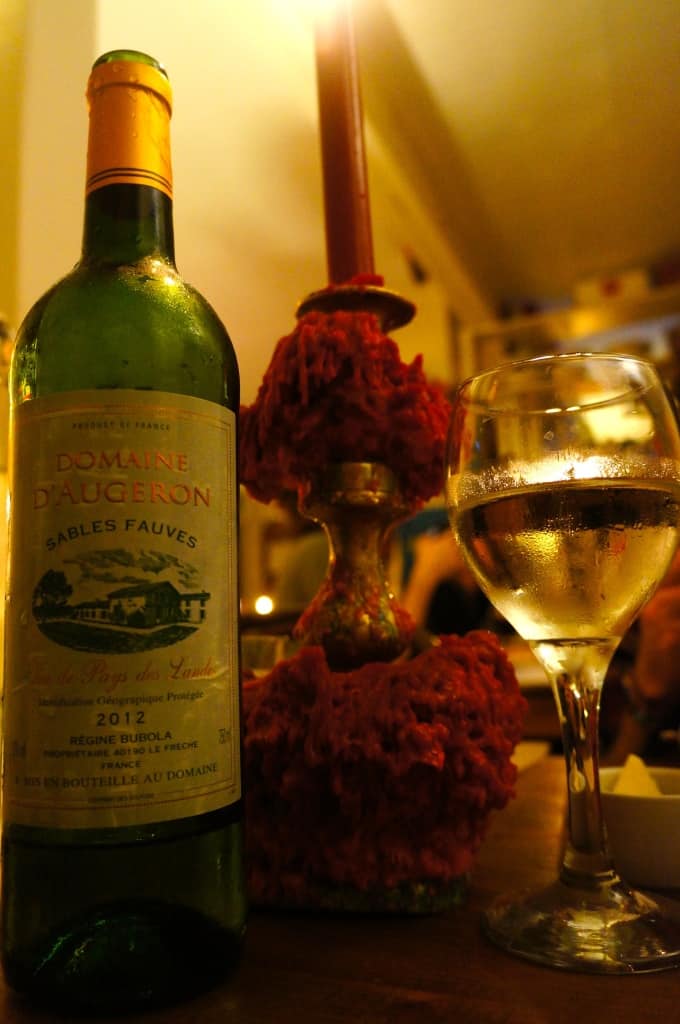 I began with Colleran’s spiced lamb borek, topped with pine nuts and a feta garlic yoghurt.

My choice for main course was spiced baby monkfish in a Lebanese broth, garnished with mussels and spinach. This was a very tender, melt-in-your-mouth variety of white fish. I also tried the Juniper Kildare venison in a beetroot purée.

For dessert, a roast pear bake well tart, paired with vanilla ice cream. This was like heaven for my taste buds. 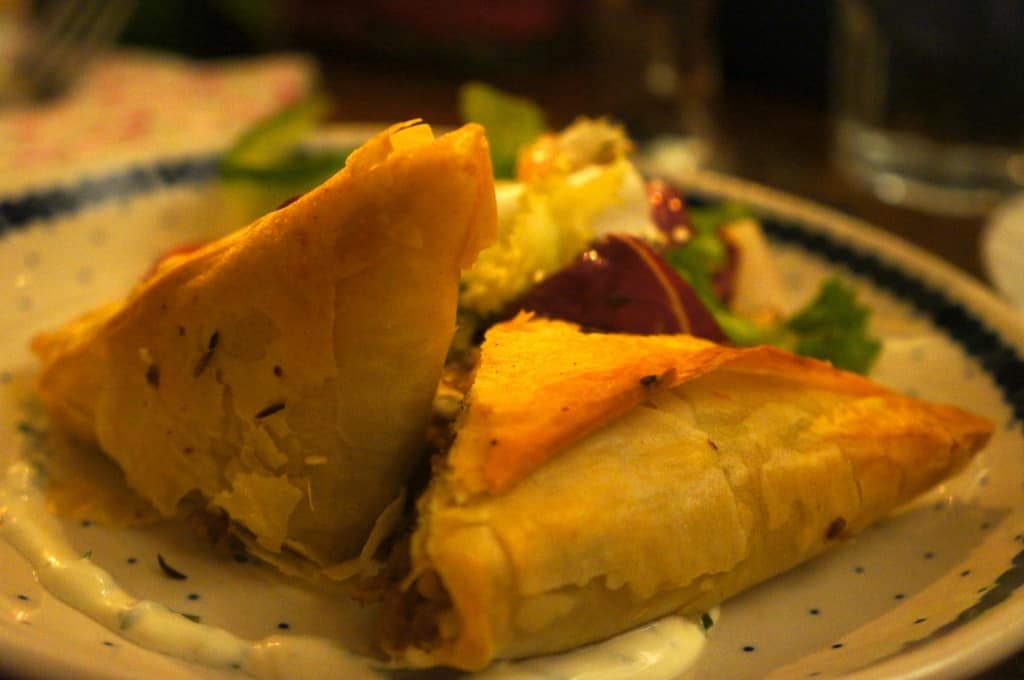 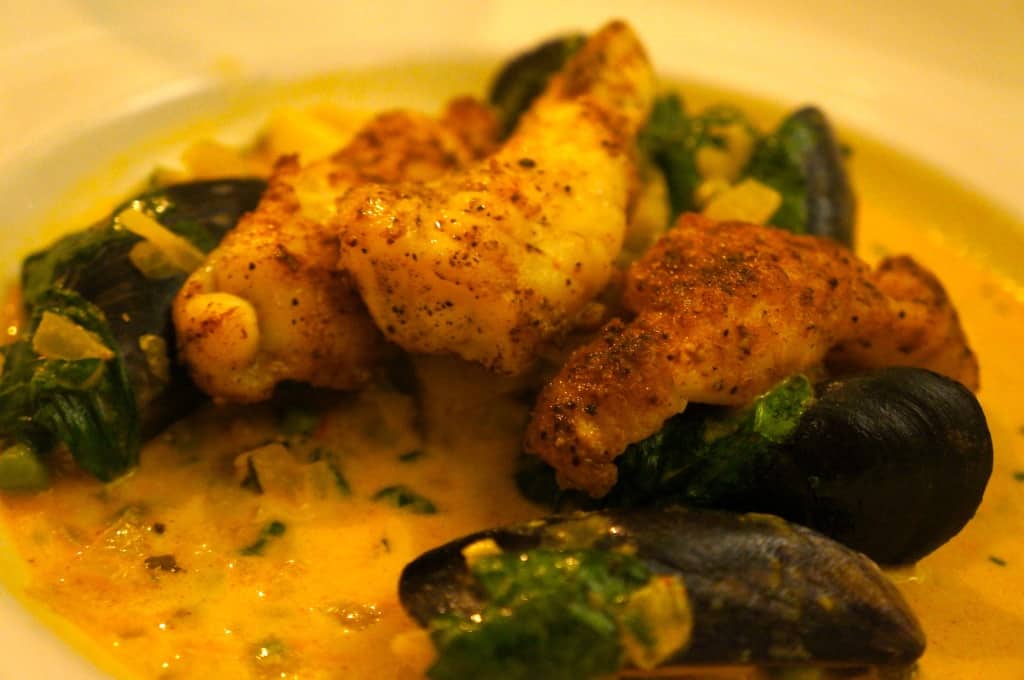 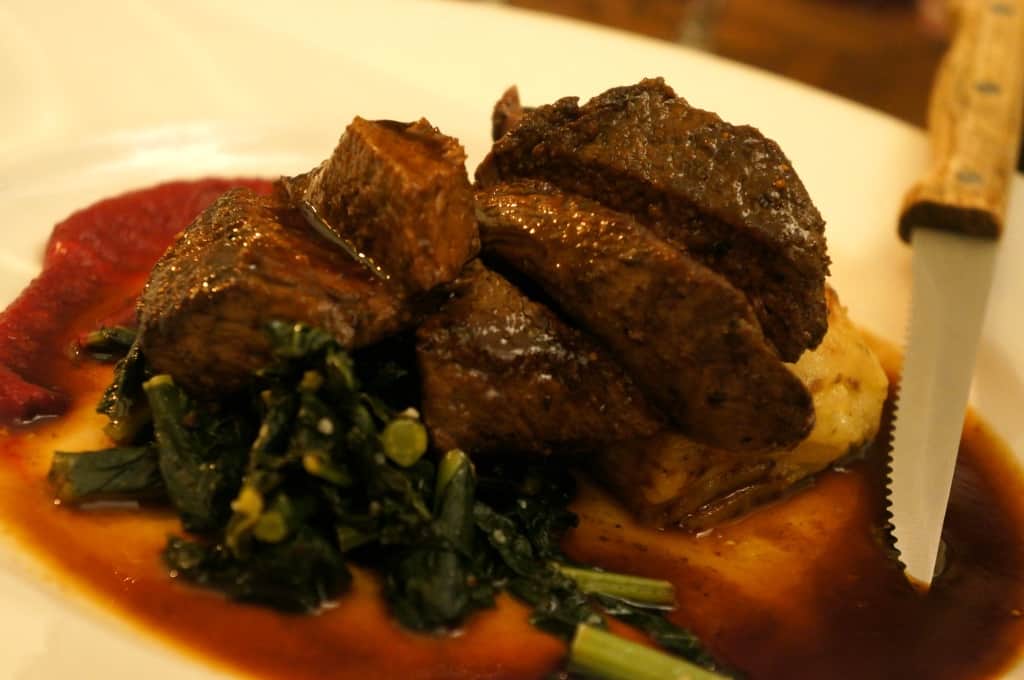 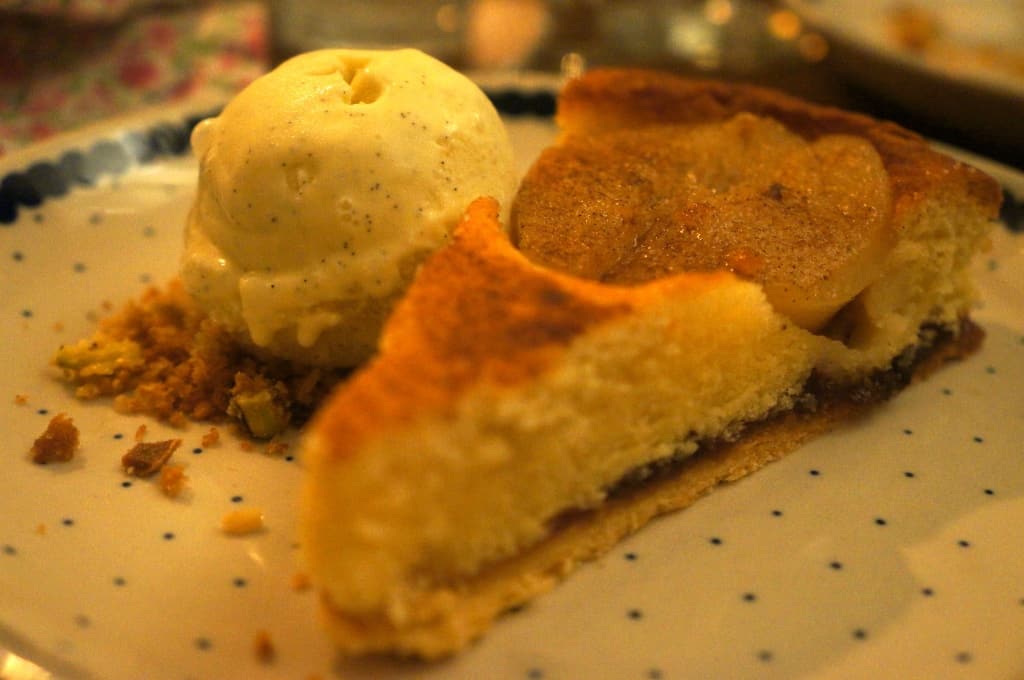 That evening we saw some live music, made some new friends, had a hotel party, and finished off ALL of the whiskey we had left.

Luckily, the next day we were visiting the top gastropub in Ireland.

If it seems like we ate a lot on this trip, well, that’s correct. Prior to this I had definitely underestimated the excellent culinary scene of West Ireland.

For lunch we went to West at the boutique Twelve Hotel for a smattering of gourmet dishes all typical from the West of Ireland. Some of the dishes we tried included smoked black pudding and ham hock terrine, Aran Islands seaweed scones with smoked mackerel pâté and oak smoked salmon, seafood potstickers, Killary harbour mussels, and a caramelized apple and mascarpone pizza for dessert. I never wanted to leave! 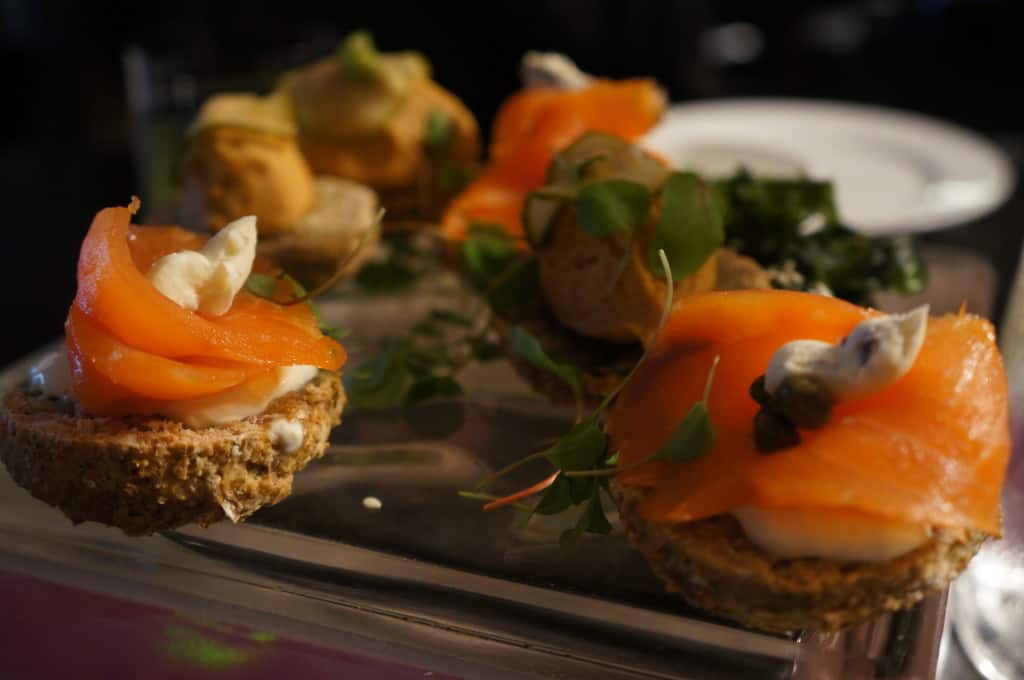 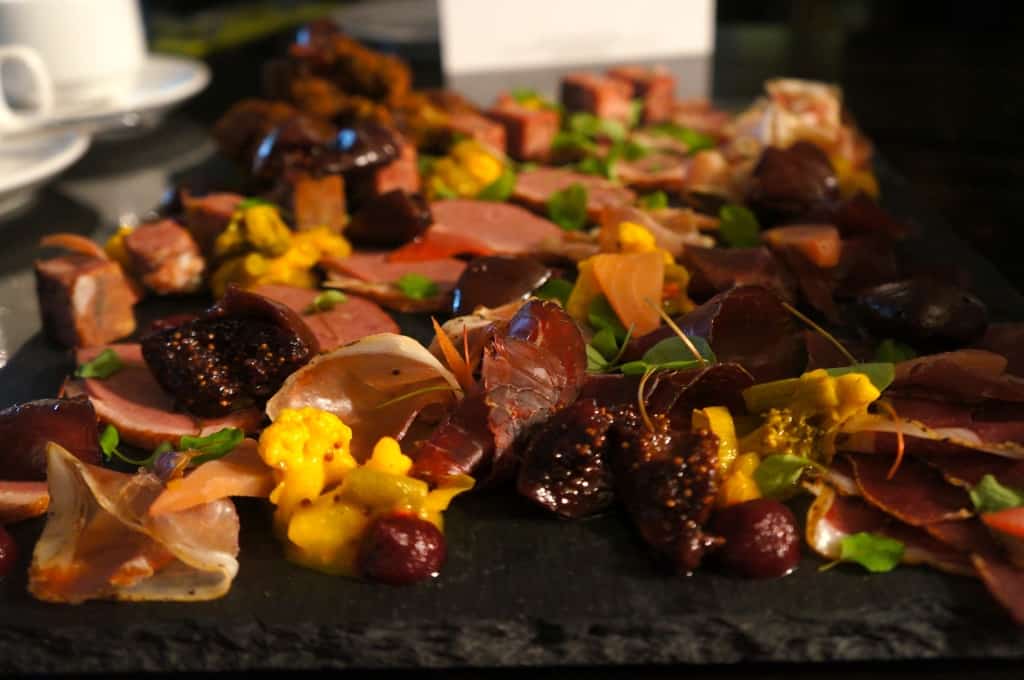 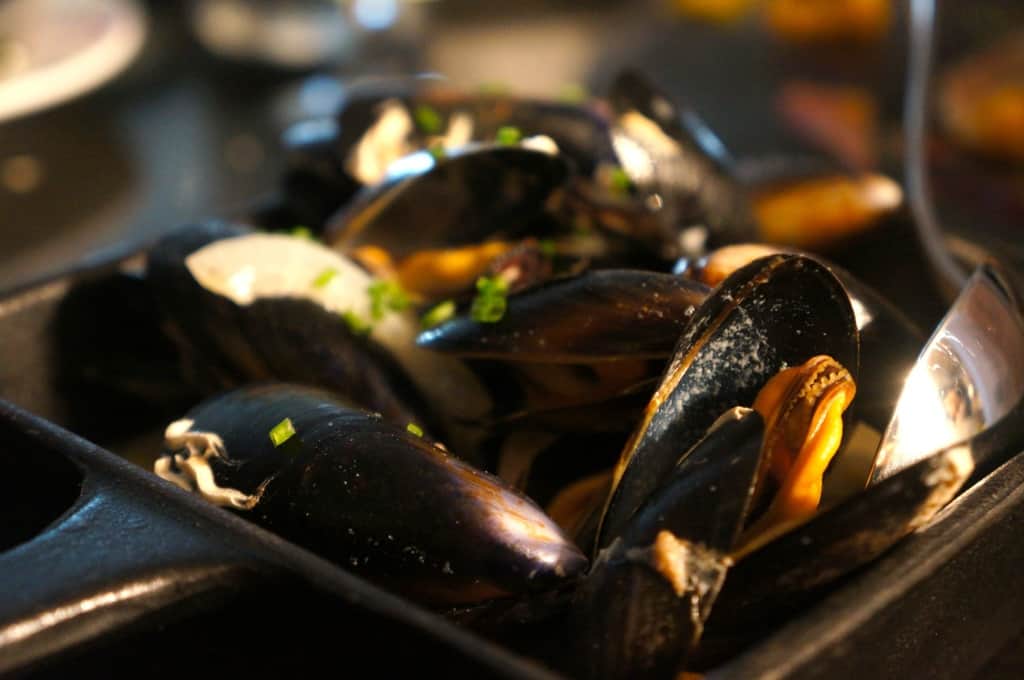 We also learned a useful skill from the owner. While checking out the other restaurant upstairs in the hotel, he showed us how to open a wine bottle with a SWORD! Talk about being able to impress someone. 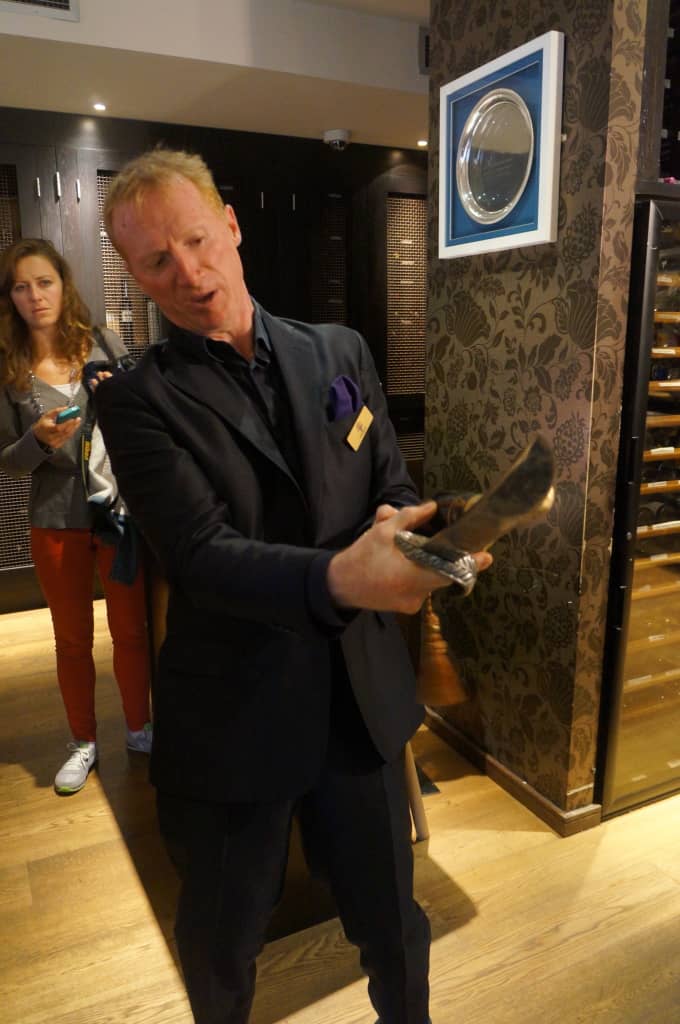 Something that really surprised me was riding a Segway through the streets and alleys of Galway. I never realized how fast those things go! At first we were speed-limited, but after a while we asked him to take it off so we could cruise around. I’ll be honest. Before that, every time I saw a group on Segways I would usually point and laugh, but this definitely changed my mind. They are so much fun to ride! 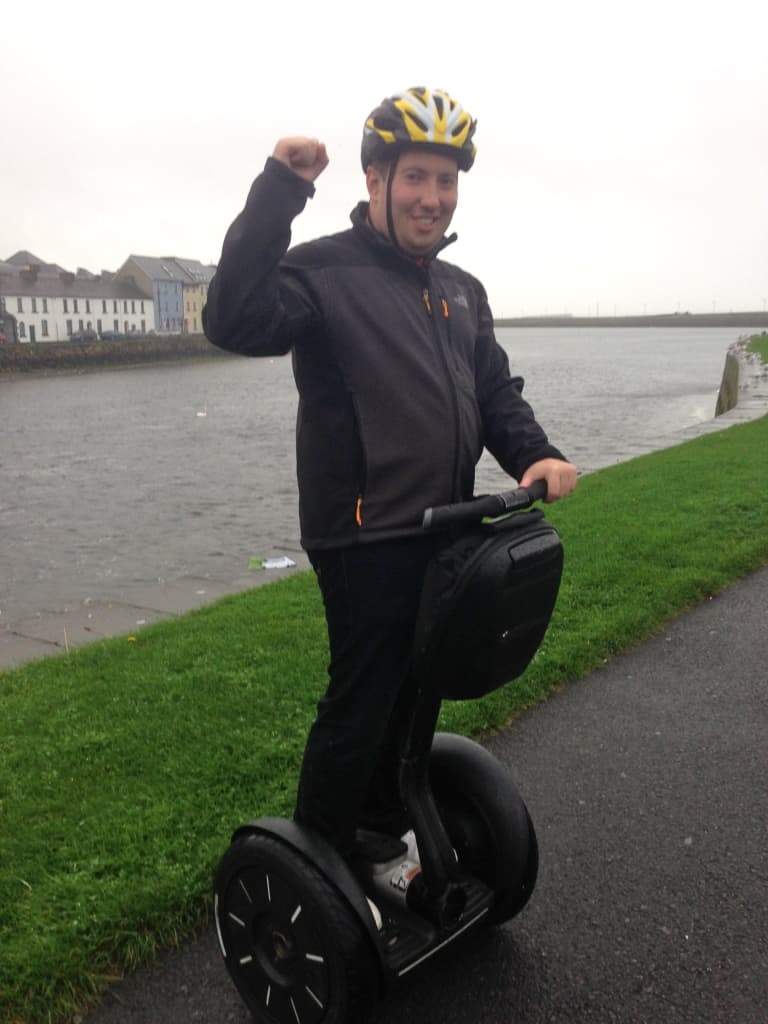 Here’s a photo of our crazy blogger group that I had a great time with. 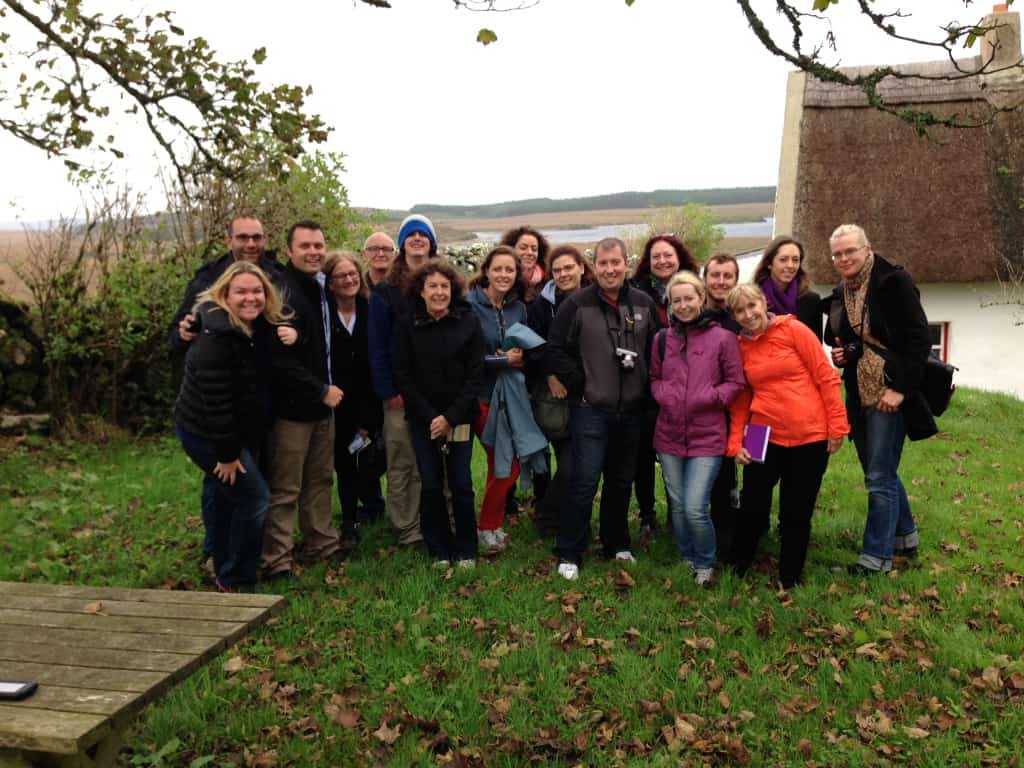 In a nutshell, I loved the west coast of Ireland. I’m really glad that I got to go back and explore more of the Galway and Connemara area. There are an abundance of culinary treats, lots of adventures to be had, and some of the most gorgeous scenery.

Disclaimer: This FAM trip was fully sponsored by Fáilte Ireland. However, as always, all opinions are my own.